The Round Robin phase of Hearthstone Grandmasters continued last weekend with Week 6 of the competition. You can re-live the action with our post below.

As this phase of the competition consists of individual matches rather than mini-tournaments, there are no "winners' decklists" to show; instead, we'll showcase some interesting deck choices from selected players.

Druid's popularity was on the rise after the balance patch with some players deciding to go a bit further and bring Malygos variants instead of the usual Spell Druids. BoarControl was already tinkering with the archetype during the week, but he eventually chose to not bring it; instead it was Pavel, Seiko, and Empanizado who put their trust in the aspect of magic. The Druid turned out to be the weak link of Empanizado's lineup as he kept struggling to win with it, finishing at a 40% winrate (2-3).

Seiko put some serious spice in his lineup as his Galakrond Priest was the only "usual" pick in his lineup, consisting of the aforementioned Druid and Priest, Control Warrior, and this marvelous creation. With Cursed Vagrant and Scrapyard Colossus being the only Deathrattle minions, Necrium Apothecary is guaranteed to pick a value Deathrattle, and Anka, the Buried will turn the already drawn minions into less clunky 1/1s with big pay-offs. This strategy didn't truly come to fruition in Seiko's first match as he beat BoarControl's Demon Hunter without playing any cards from the Deathrattle package. He was able to utilize the entire package in his second match but was defeated by Jarla's Galakrond Warlock.

The Demon Hunter nerfs caused quite a lot of variance in decklists for this week. Priestess of Fury was omitted from all lists, while the amount of Crimson Sigil Runners was also declining heavily. Players teched in cards like Mana Burn, Acidic Swamp Ooze and Blowtorch Saboteur to fill the vacant slots. One of the most popular replacements was Vulpera Scoundrel, which was muzzy's choice as well. The tech inclusion worked well for him as the deck went 2-0 over the weekend.

Here are the match VoDs from the three days of competition in spoilers. I've again embedded a couple of my personal favourite matches from the weekend.

The individual match results can be found on the official site. Current standings within each Division can be found in spoilers below.

In Asia-Pacific's Division A, kin0531 is in big troubles. As he's still without a win, he'll need to win both of his matches next weekend to have any chance of avoiding the relegation play-in. The battle for avoiding the second unwanted spot is still on as four players are tied with 2 wins. As che0nsu has the worst tiebreaker of the four, he'll have the biggest need for wins. The top three of the division have already secured a Playoffs spot. In Division B, the bottom four are heading into relegation troubles. They all still have the smallest possibility of avoiding that fate but it requires nothing but wins from them in addition to tom60229 losing both of his remaining matches. The top three players are already safe and heading towards the "pre-Playoffs".

In Europe's Division A, the battle for the sixth playoff spot (and avoiding the relegation spots) is likely going to be a three-way race between Felkeine, Hunterace, and SilverName, although it is not impossible for some of the 3-win players to get into tiebreaker troubles should more than one player of the aforementioned trio win both of their matches. With Felkeine and SilverName going head-to-head on Friday, Hunterace will have to win at least one of his matches to have any chance of advancing. Swidz will be able to help his compatriot (after beating him this weekend) as he will face both of Felkeine's rivals during the weekend. In Division B, nothing else but Viper's safety is guaranteed. Pavel is likely to stay in the trouble zone but all others might have to wait until the last match to be certain of their future.

In Americas' Division A, Nalguidan is likely to find himself in relegation troubles as he would need to win both of his matches to while also needing justsaiyan and Monsanto to lose theirs. The two-win requirement is also true for Monsanto, and he too can still be denied a spot if other results don't go his way. The top four players are safe and guaranteed a Playoffs spot, the rest might still end up in tiebreaker scramble if Monsanto gets his two wins. In Division B everything looks quite clear. The top three are safe while the bottom three are guaranteed to stay in the relegation zone. PNC could still threaten to overtake Firebat for the fourth place if he wins their head-to-head match and beats Purple next weekend.

Whether it was the impact of the nerfs or just aftermath of last week's results, there were big shifts in players' line-up choices this week. Warrior was still brought by everyone apart from Kolento, but the amount of Demon Hunters dropped to 40 (out of 48). Druids were back on the menu with APAC leading the way as 15/16 players included it in their lineup. The amount of Hunters was also on the rise, and in stark contrast to last week when Face Hunter was the more popular choice, all of this week's decks were Highlanders. Aggro decks got another hit as well since the 24 Zoolocks from last week were nowhere to be seen, replaced by a couple of Galakronds and 10 Quest Warlocks. The latter archetype did extremely well during the weekend; was Ryvius truly ahead of the meta when he brought one two weeks ago?

And no, there were no Paladins or Shamans this week either.

Next weekend will be packed with high-stakes matches as with the conclusion of the Round Robin phase, the relegations also become a reality. So far, none of the regions have any players who are guaranteed to be relegated so the fight of avoiding that fate will continue, with the current 7th- and 8th-placed players of the respective Division Bs truly feeling the pressure.

Grandmasters continues next week with the last week of Round Robin matches. Don't forget to tune in! 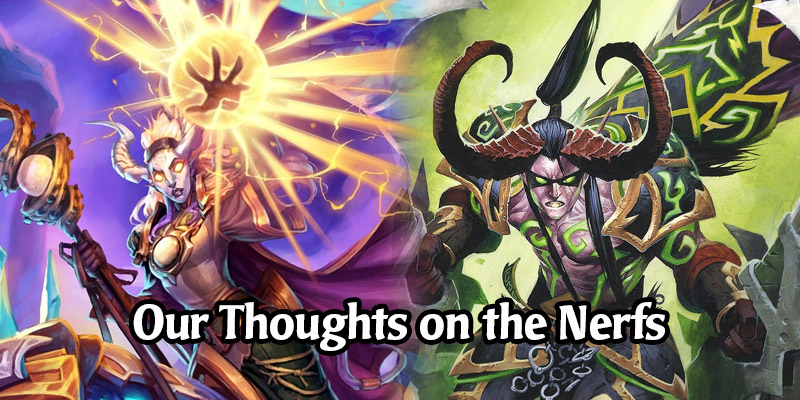 Nerfs are Around the Corner! Our Thoughts on the Upcoming July Hearthstone Balance Changes 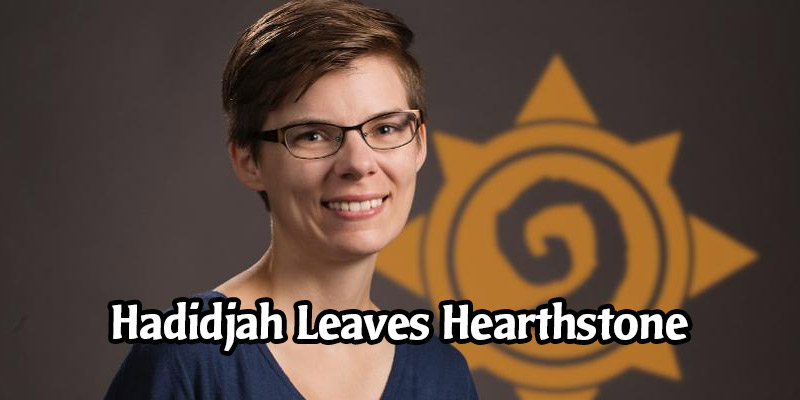