It has been fairly obvious that the third expansion this year was going to be Darkmoon Faire, a fact we even touched upon a couple of weeks ago, but has Blizzard really gone and teased it even more?

Thanks to IncreaseFun on reddit for the initial trailer detective work showcasing the Darkmoon documents.

Before we get into today's Scholomance Academy trailer, let's look at the facts. In the Year of the Phoenix set spoiler image presented earlier this year, the Darkmoon Faire's card back was very clearly used. 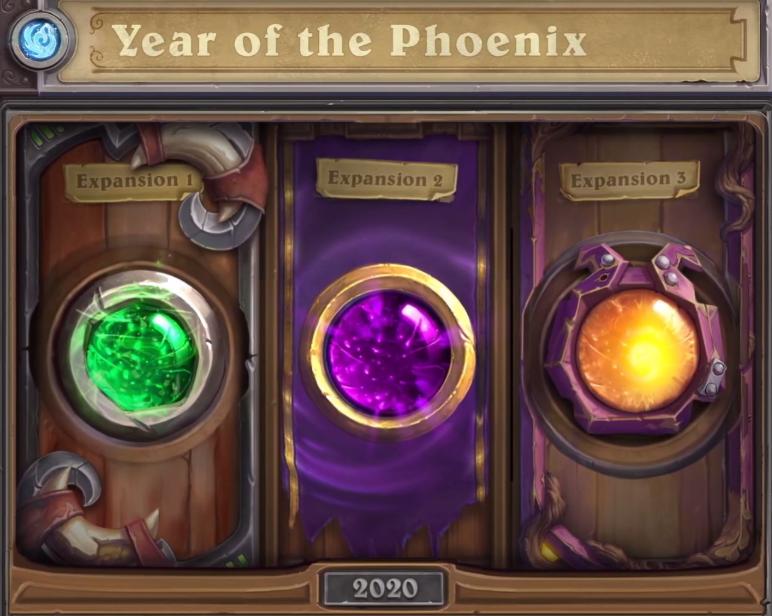 This already had us and the overall community excited that we'd surely get to explore Darkmoon Faire, but could this be a diversion instead? In today's trailer for the upcoming Scholomance Academy set, a couple of still images presented some very interesting details.

In our first image, we've got a look at some fake desktop icons. Two of which are "scrl" type files, which are clearly just magical word files. Normally, we'd pass off these icons as the team just being funny, but there's no way you reference Darkmoon Faire without it being tied to the third expansion. Are there other references to it as well? 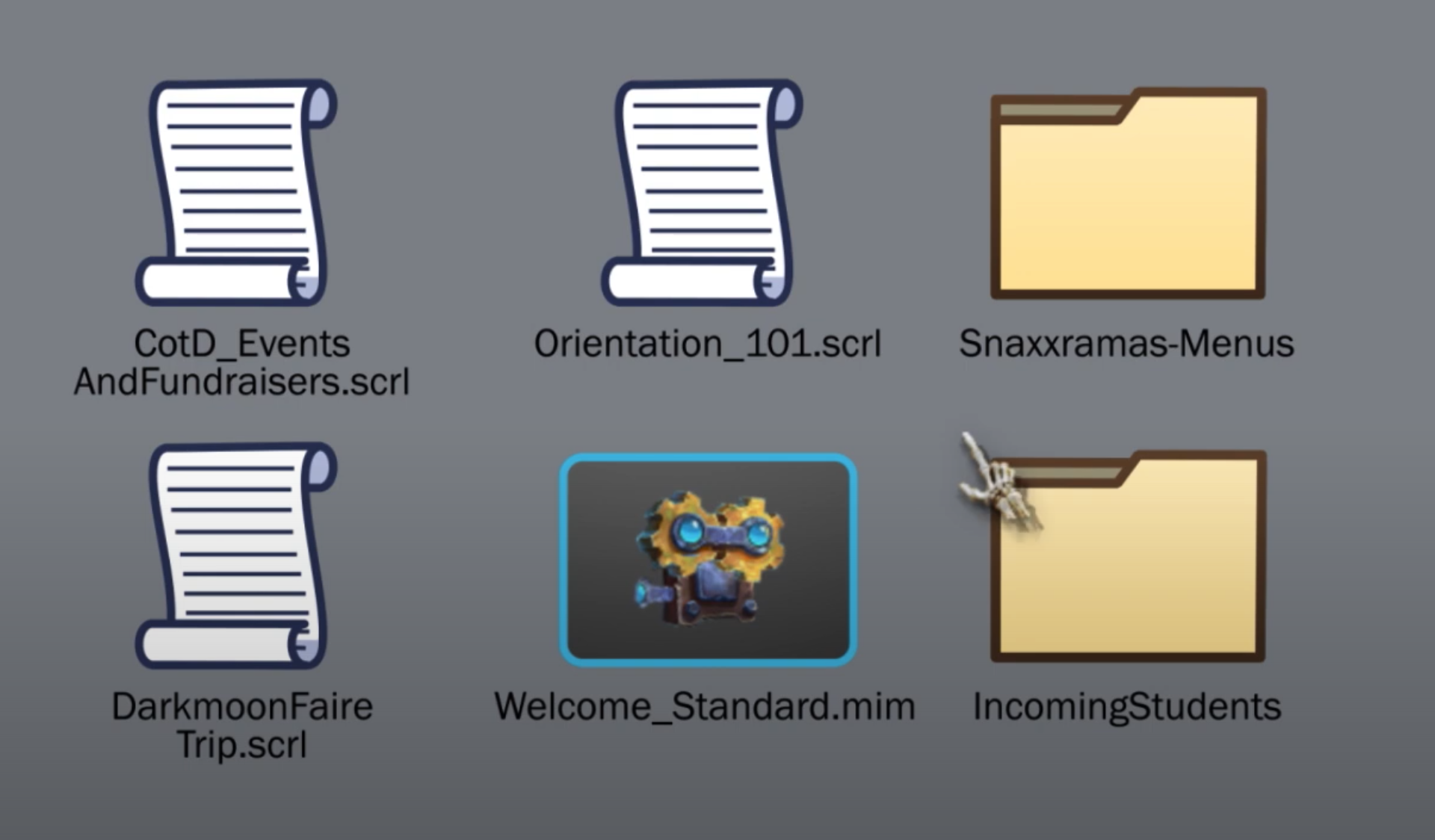 The "CotD" file may be damning. Likely standing for the "Cult of the Damned", an organization that serves The Lich King, perhaps they have some ties to Azeroth's freak show run by Silas Darkmoon, or maybe it's just because Kel'Thuzad happens to be the Archlich and Leader of the cult. Also present was an opened photo of Silas himself and some Darkmoon banners. These images of the Darkmoon Faire were present beside images of Old Gods cards and some from Curse of Naxxramas. 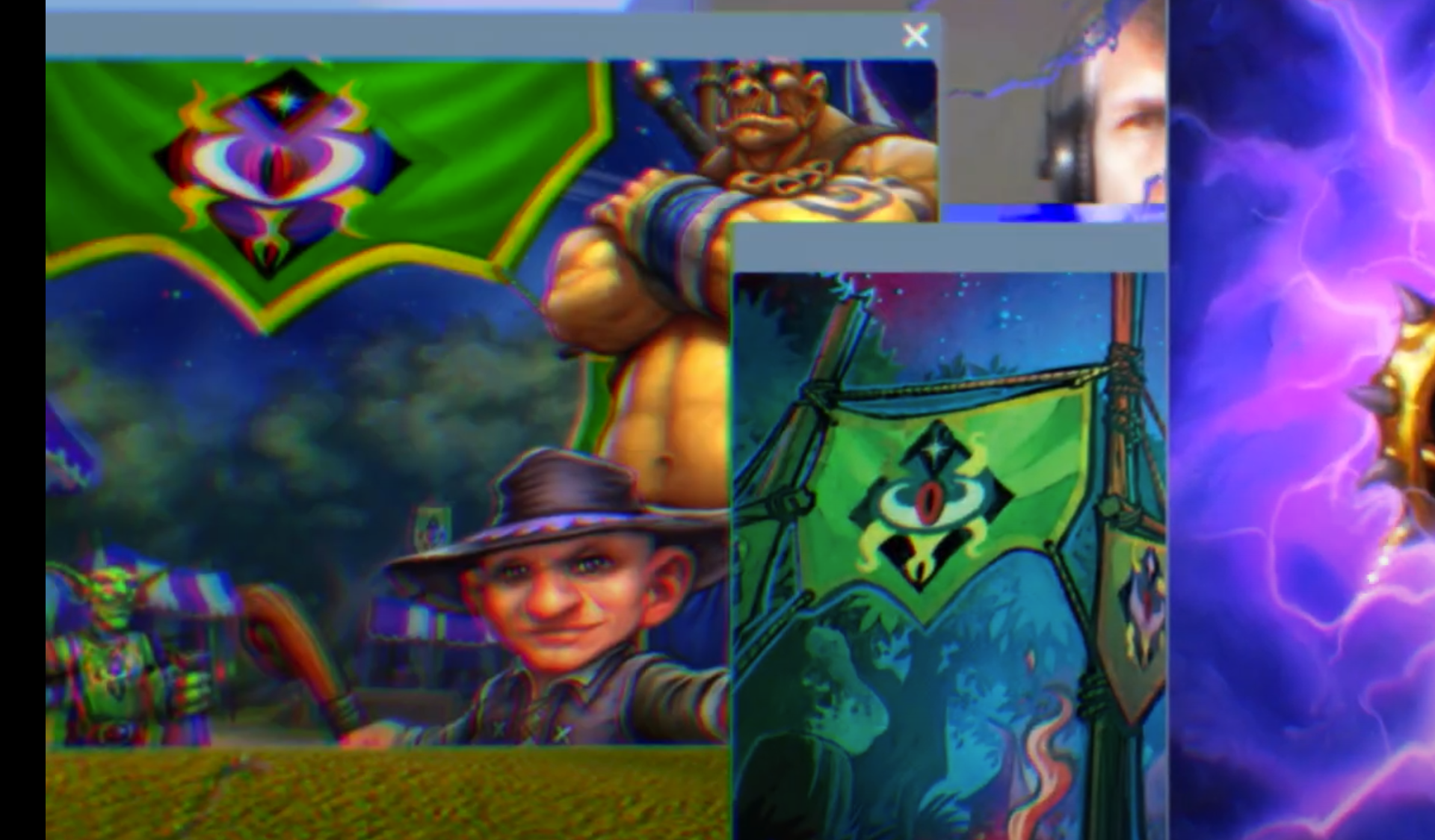 What makes this very interesting though is the speculation in the World of Warcraft community that the faire has deep ties to the Old Gods. When looking at Hearthstone, peak Hearthstone was Whispers of the Old Gods. While some, myself included, will argue the expansion had some of the most interesting cards in the game that really defined their respective metas, the simple truth is that when looking at numbers, Hearthstone traffic was at its peak at that point in time. With the perfect theme, everyone loves Old Gods, Blizzard knows they can bring that beautiful magic back and could end the year with a huge bang by using the Darkmoon Faire's potential Old Gods ties. It really wouldn't be surprising at all to see them bringing our friendly tentacle overlords back in some way (cough, [Hearthstone Card (Puzzlebox of Yogg-Saron) Not Found]).

Present in the video near the beginning was a folder named "TappingOldGodPower" with another one named "DMFaire_SchoolBooth". Does Silas use the faire to recruit students and teach them the ways of the Old Gods? We're getting into some seriously dark stuff that isn't likely Warcraft canon, but I wish that it was.

If you watch the video, you'll hear the Hearthstone team talk about how this is clearly Kel'Thuzad laptop and that they should use the information on it for an expansion. It's a good thing that KT was doing all the "TheOldGods.scrl" research then! 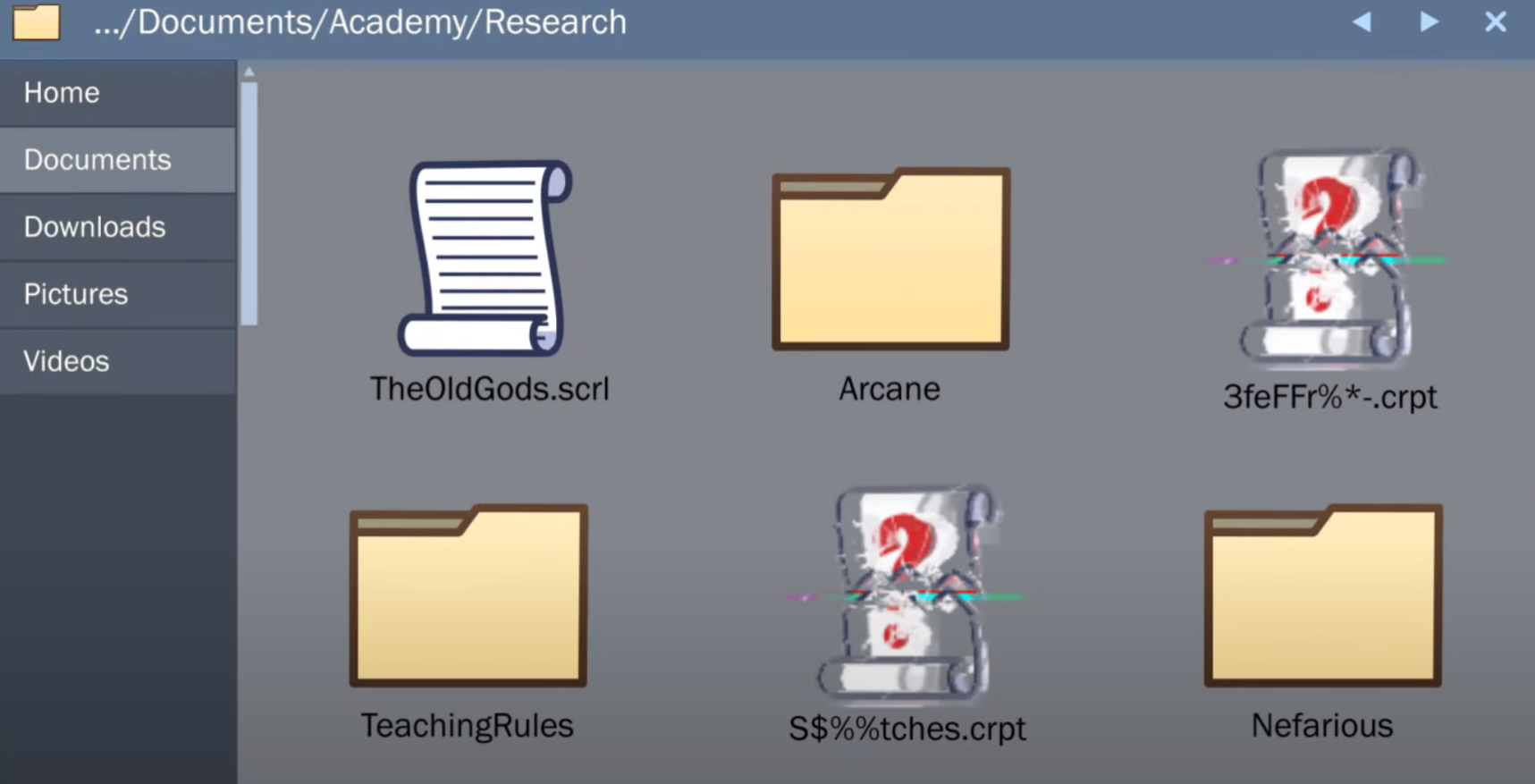 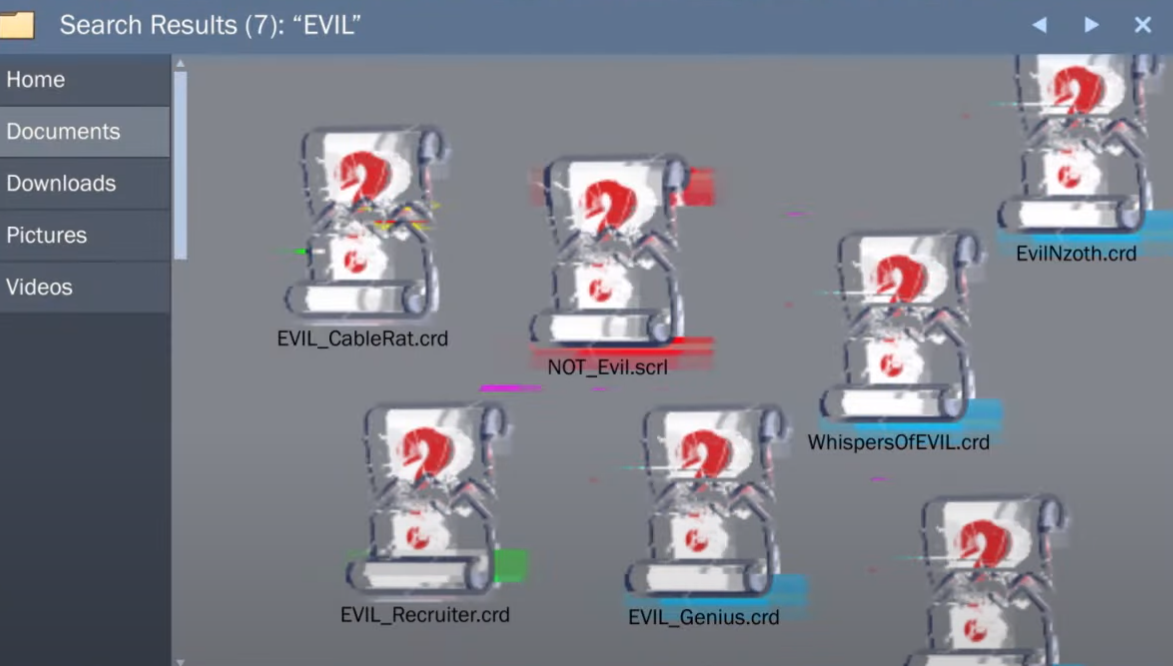 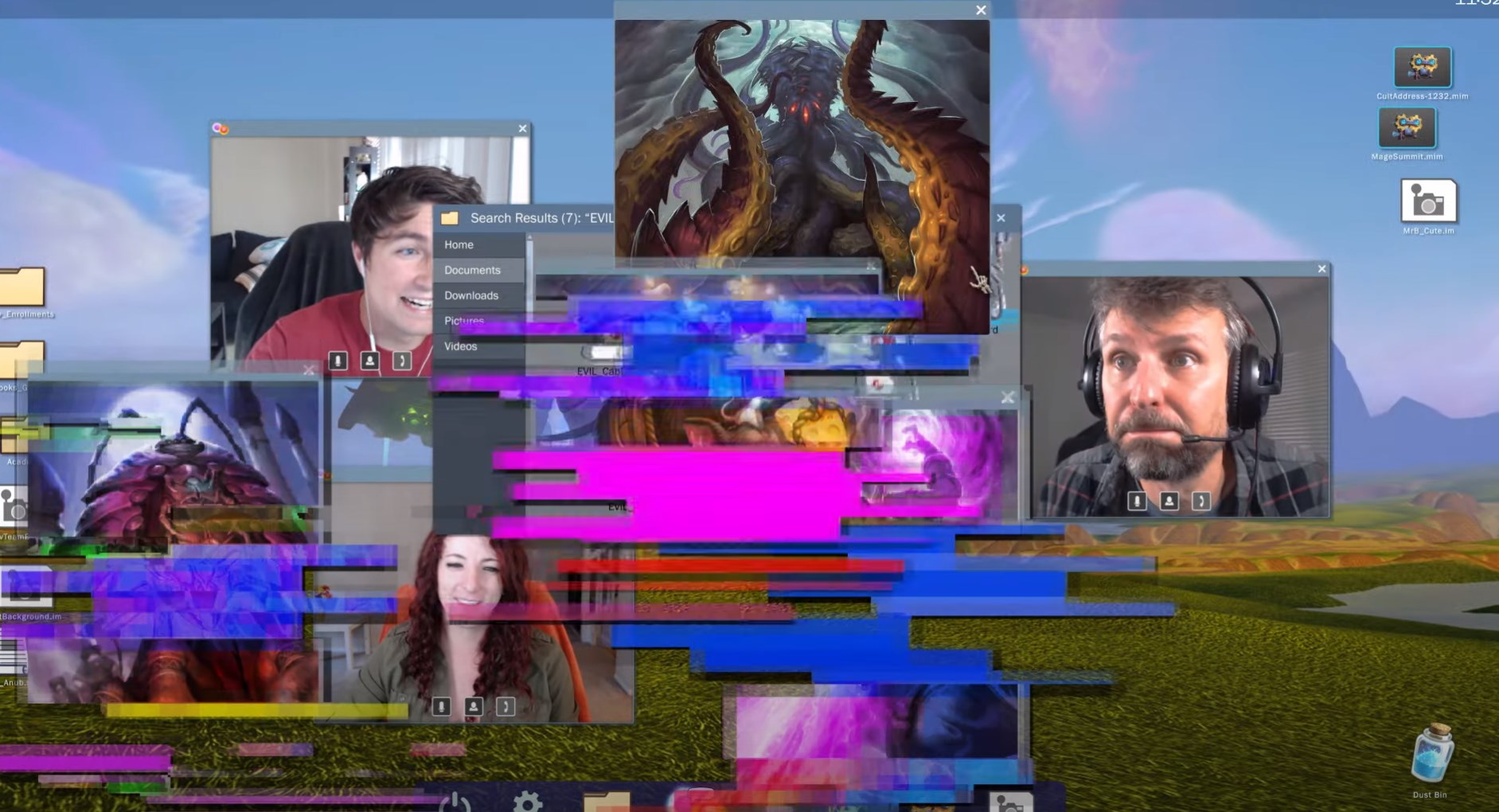 Kel'Thuzad has certainly been talking with a couple of totally tentacular friends. 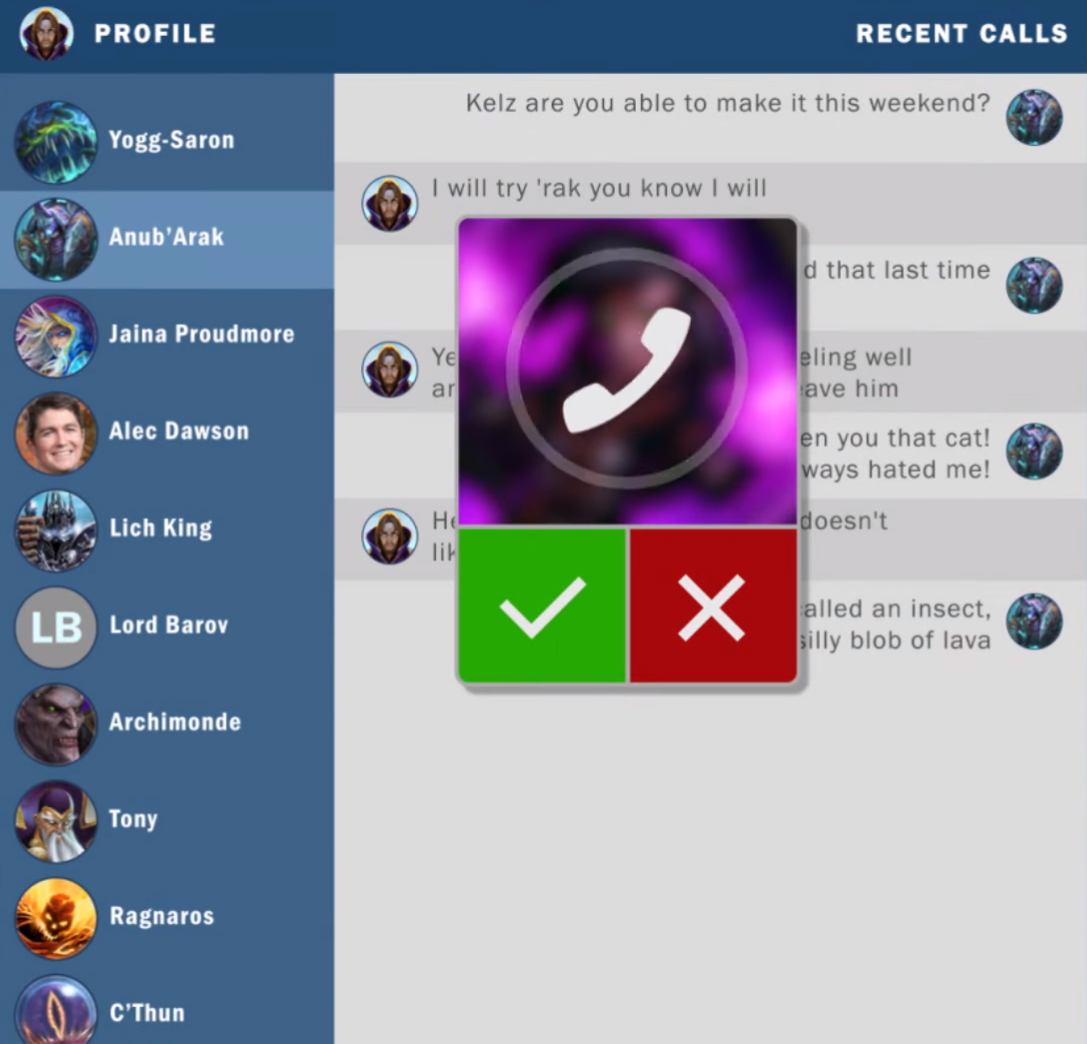 Or, maybe Blizzard has no plans on doing anything with Darkmoon Faire yet and they're just overcompensating so that we'll all assume Darkmoon Faire and Old Gods is the final Year of the Phoenix expansion and they can really hit us with a surprise. That'd be cool too.

What do you think? Is Darkmoon Faire the third expansion for this year?