Today's 18.0 patch prepared us for the upcoming expansion launch, while also making some changes to weapon and Hunter card frames. Battlegrounds was not left without love either, as we got a brand new hero to play with and some new minions to replace the old multi-tribe support cards.

Kel'Thuzad's kitty didn't make it into the expansion as a legendary card, but became a Battlegrounds hero instead! Don't let the cuteness fool you, this ruthless predator feasts on your opponents' demise, giving you a choice of three minions that a player had when being knocked out - with ALL enchantments they had!

Mr. Bigglesworth will officially go live on August 13th, but players with Battlegrounds Perks will have the chance to try the cat before that.

In an attempt to support the multi-tribe strategy, commonly referred as menagerie, Zoobot and Menagerie Magician have been removed from the minion pool, and replaced with two brand new battlegrounds-unique minions, Menagerie Mug and Menagerie Jug.

Instead of being restricted to just Beasts, Dragons, and Murlocs, these new minions will give buffs to ANY different minion types, while keeping the limit of three as the old minions had.

Additionally, the patch had two bug fixes in store:

But wait, there's more! For reasons unknown, Southsea Strongarm saw some art adjustments, with the hair color changing to blonde and the hat color to brown. But why, Blizzard? 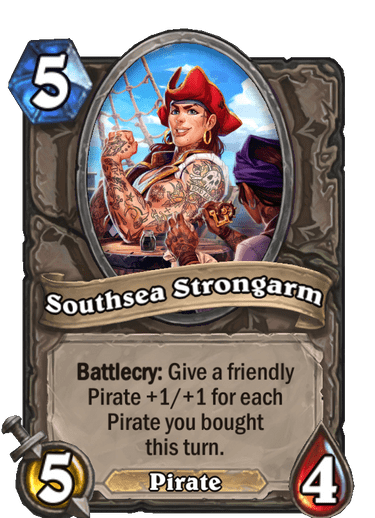 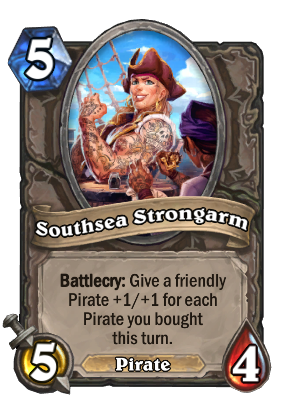 UPDATE: This change was not intentional and will be reverted in a future patch (Source).