We're back in the swing of things! I've really enjoyed having the competitions back under way, and I've been looking forward to writing these each week too. I think we'll probably start out a little smaller than some previous entries, but who knows, maybe I'll go on one of my rambles again.

This week is all about schoolwork and bookkeeping! I mean that exclamation mark unironically, by the way, I was that kid.

Our first competition back obviously comes with its own winner! Congratulations anchorm4n, taking the top spot with Archwitch's Apprentice! 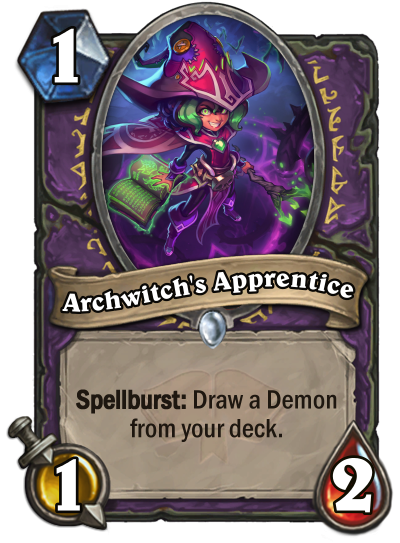 They'll be choosing our next theme, as is tradition.

As we talked about in our last CDC, Neoguli is revamping the entire Core Set of Hearthstone in their own Fan Creations project. Shortly after that article the third part, covering their takes on Rogue and Mage, went up!

This one featured a massive amount of cut cards, as they attempted to shape each class into a more modern design vision. While it might seem like a drastic change, I honestly have to agree with them - at least for Rogue - that what they currently have varies wildly between too efficient or too weak, with very few cards falling in the middle.

Still, all those cuts means more room for new cards! 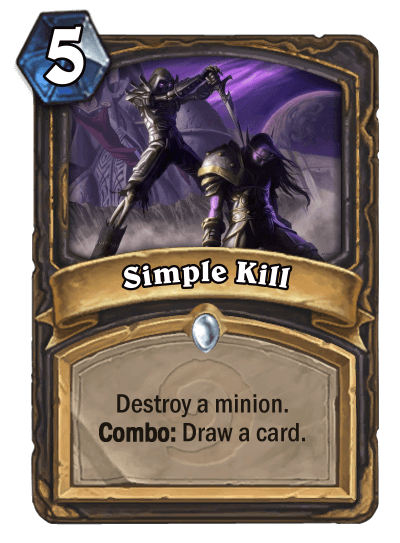 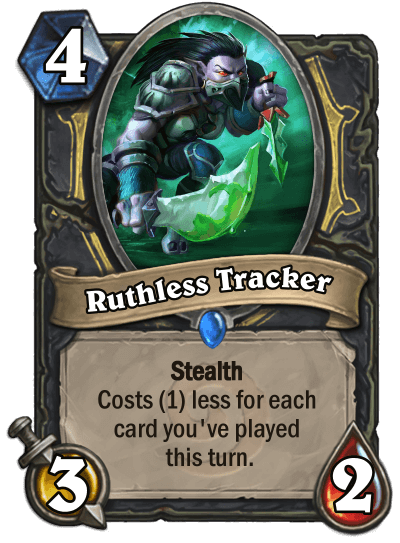 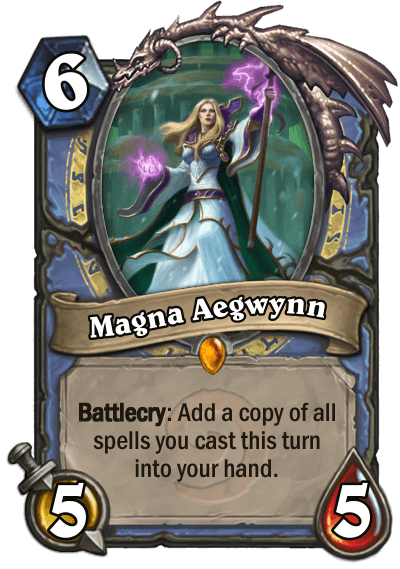 Make sure to check out the article to see their thoughts, as well as a link to the original threads.

We have some changes pushed live this week for the WCDC process! One helps us enable this week's theme, and the other was one of our most requested features.

Firstly, Dual Class cards are now supported! When selecting what class your card belongs to, you will now initially be offered an option from a list of all classes in the game. Once you've selected one, you'll be able to click the box again to choose another class to add - you can even go beyond two classes, should a future competition require that for some reason!

Our second change actually went live part-way through last week's finalist voting - you may have seen a brief error in the competition page, for which we apologise.

The change to the system means that if you are a finalist, you will no longer be able to vote for any cards in the finals. While we like to think that people would try and rate cards fairly in the finals, it's objectively true that to maximise your chance of winning in the old system giving yourself 5 stars and everyone else a single star was the most optimal choice. We don't really blame anyone who chose to do this, but it was unfair to have this sort of unwritten quirk of the rules in place which could disadvantage someone who was voting 'fairly' if their opponents were maximising their own chances.

The best option to prevent this, as many suggested, is simply to not allow finalists to vote at all. Making it mandatory to vote 'fairly' is unenforcable, and automatically rating your own card 5 and the rest 1 would give the same result as not voting at all, since it would skew every score in the same way.

Since the change went live early, we did end up removing some finalist's votes last week - rest assured that this didn't affect the final result at all.

As always of course, we're trying to provide the best experience for you all as possible. While this change I don't anticipate rolling back at any point, we are always looking for feedback on the system. The next thing I want to tackle is a better system for adding and displaying tokens with entries - this is a much larger task than what we've already implemented, so I can't give an estimate as to when it will be complete. I just wanted to let you know what we're working on, so that if you have any suggestions you don't ask after things we're already considering.

As I hinted at in the previous section, this week's competition is all about Dual Class cards! Not those boring Scholomance Academy ones though - click the banner and get brainstorming different class combinations to wow your fellow forumgoers! 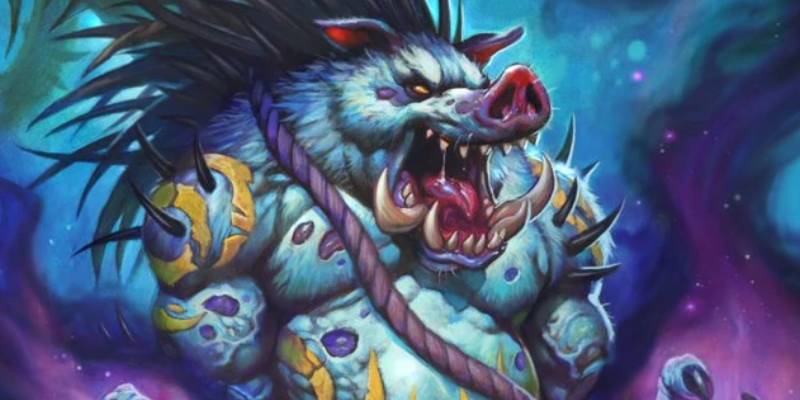