It looks like something spooky is going on in Arena again because a popup when starting the game has alerted us to the start of Hallow's End in 7 days!

We don't have any details on the event yet, but we do know there will be a Patch 18.4 coming next week alongside the Battlegrounds Rating reset. Last year, Blizzard dumped 23 cards from Wild into Standard, though that didn't go over very well so we can't imagine we'll see a repeat of that. Here's what we're assuming is going to happen (speculation hype!):

Remember, none of the above stuff has been confirmed, though Arena is very likely to be the case, it's just based on popular event themes Blizzard has used in the past.

Everything should be confirmed next week with patch notes, so stay tuned for that and our datamining. 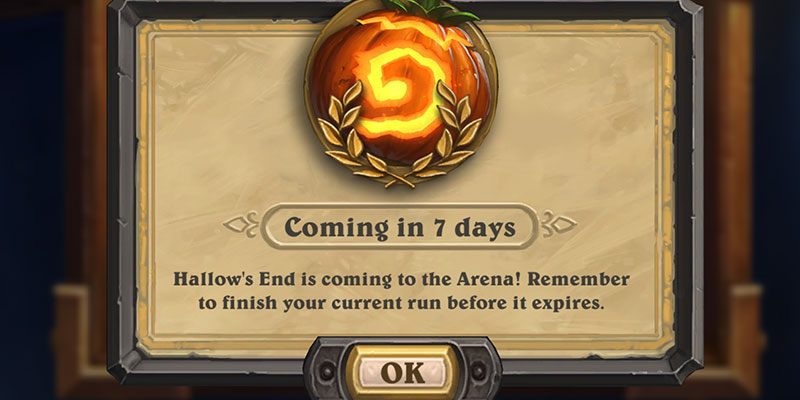