The one around the corner is a new and crucial week: on October 22nd we will receive not one, not two but three announcements, regarding the new expansion (probably Darkmoon Faire themed and bound to be released in early December), the new game mode and the achievements system.

The next few days are going to be exciting, but in the meantime don't forget to actually play the game and climb some ranks: after all, the end of the month is near and you don't want to miss your rewards in your seasonal chest!

Fortunately for you, HSReplay has posted on Twitter the 5 top-performing decks (Diamond to Legend) of the last week: enjoy!

You know the drill: take control of the board, keep dealing cheap damage and eventually clutch the win before they can stabilize. It's been working for the last 6 years, and it doesn't look like something's gonna change.

Highlander Hunter has been around pretty much since its release, back in Uldum: it's rarely been the deck to beat, but has always performed very well, regardless of the meta. Here's the mid-Scholomance version of this archetype.

Good ol' reliable Libram Paladin. What else should we add?

A deck that has gone through various iterations since August, and here's what the meta acknowledged as one of the top dogs. 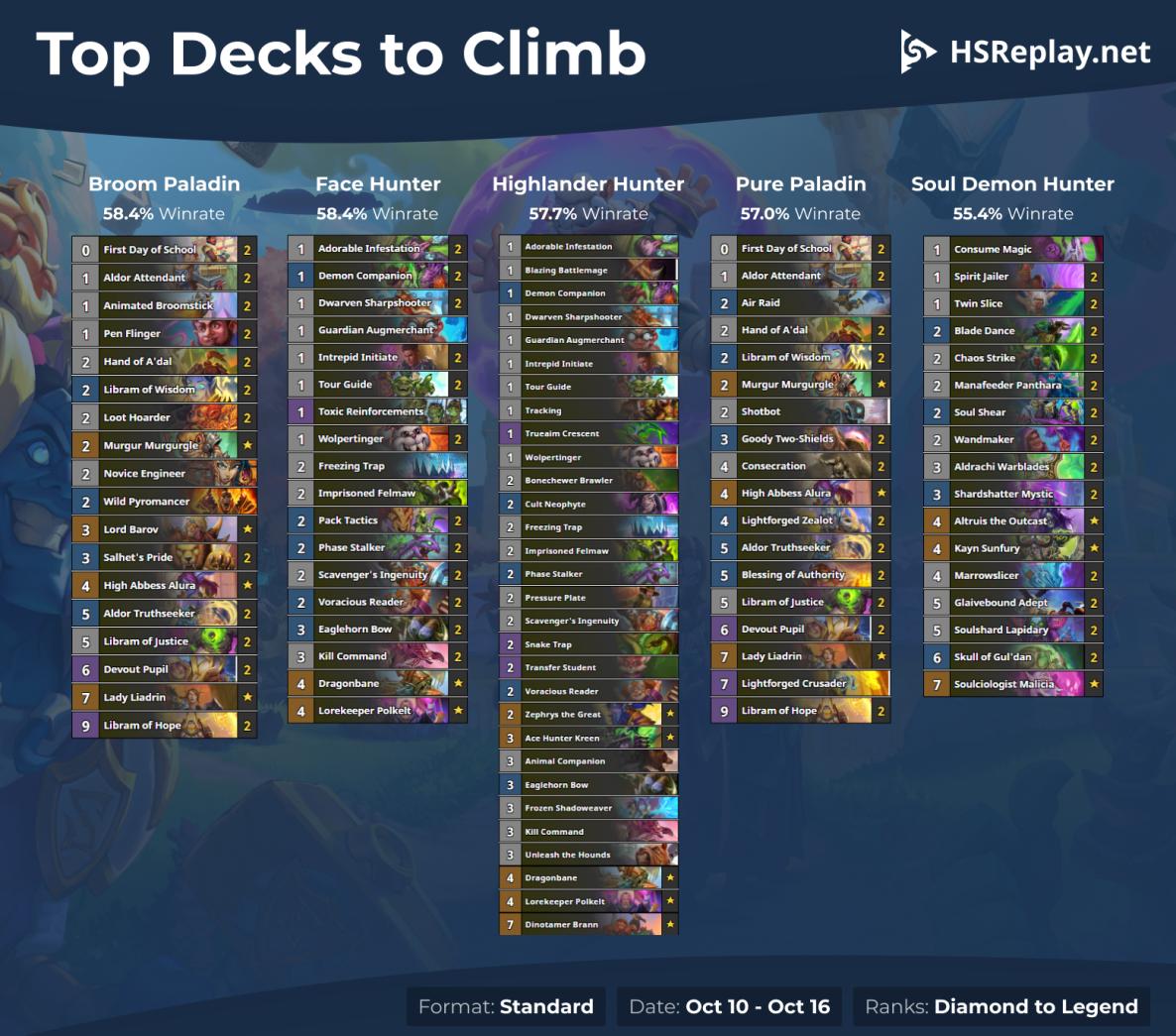