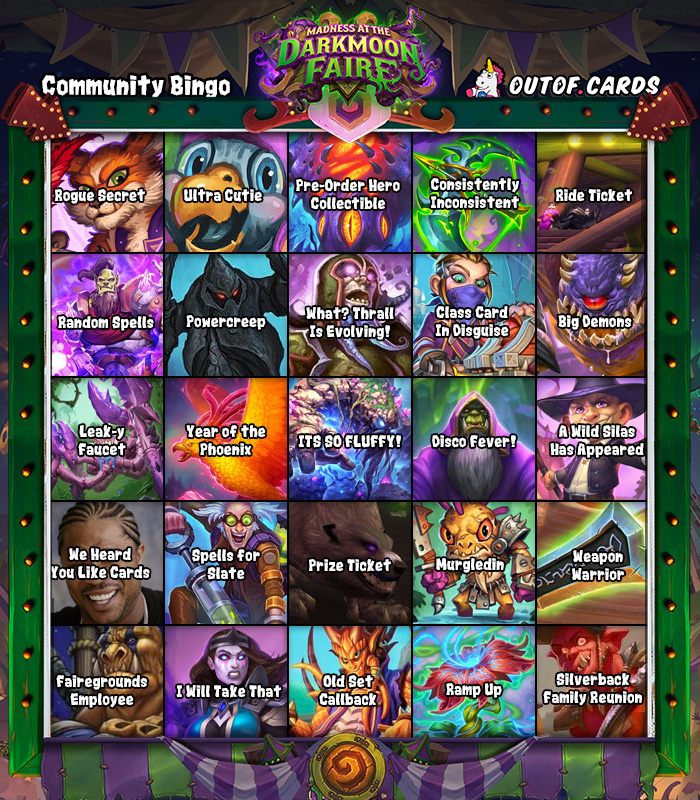 These are all the squares we've currently checked off. This will be updated roughly once a day after reveals are over for the day, so check back! 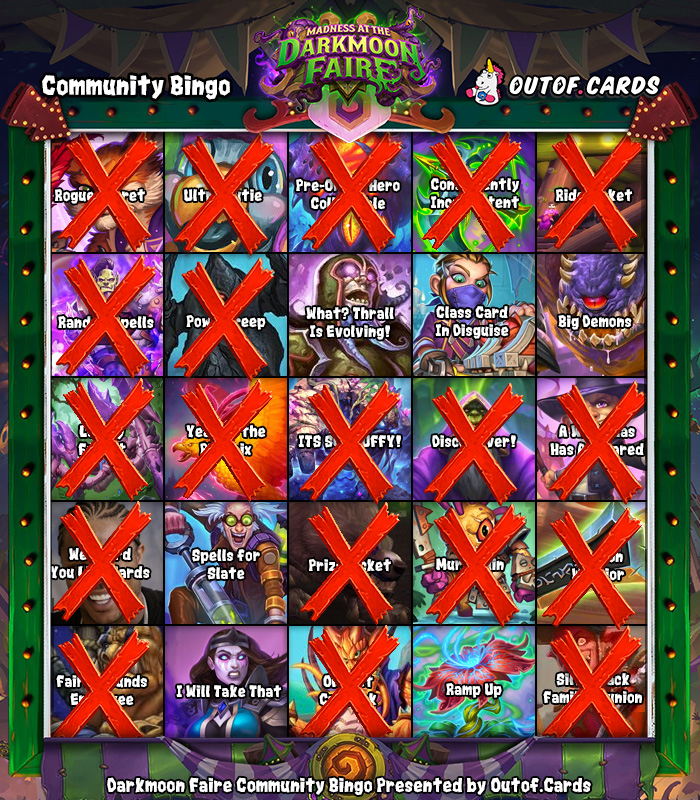 Criteria - How Do We Win Each Box?

Each box has a specific way that it can get checked. In addition to that, a single card in the expansion can only cross off one box, so we'll need to choose wisely!

Here is how we'll determine if a box gets checked. Keep in mind that we create these Bingo cards a bit in advance which is why some boxes will already be checked off. Silas, for example, was almost a given provided we were certain this was a Darkmoon Faire expansion.