Blizzard has posted all the details for tomorrow's 19.0 game patch.

Read on for all the details. You don't want to miss out! Madness at the Darkmoon Faire launches on November 17.

Tomorrow’s 19.0 patch includes an all-new progression system, several game improvements, and some updates to Battlegrounds. Its arrival means Hearthstone’s newest expansion, Madness at the Darkmoon Faire, is almost here! All Madness at the Darkmoon Faire cards have officially been revealed, and while you can’t use the new cards until they’ve unlocked on November 17, you can get a head start on building your launch day decks with our online deck builder!

Duels: Season One also begins on November 17, but tomorrow’s patch grants Duels: Early Access to everyone, introduces Whispers of the Old Gods to the pool of eligible sets, and adds Madness at the Darkmoon Faire cards to loot buckets! Once Duels: Season One begins, you’ll be able to add Madness at the Darkmoon Faire cards to your starter deck as well! You can learn more about Duels in our announcement blog here. 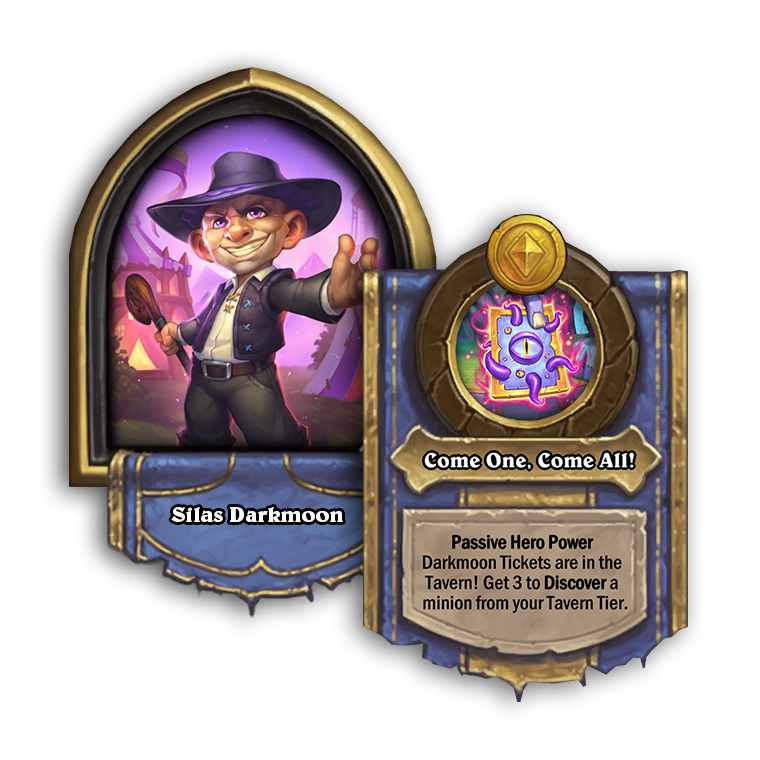 Players with Battlegrounds Perks will have early access to Silas Darkmoon before the hero is formally released on December 1.

The 19.0 patch adds an entirely new progression system to the Tavern! In what is Hearthstone’s biggest systems update ever, the progression revamp includes four major parts:

You’ll be able to access each of these pages by clicking on a new Journal icon that will replace the Quest Log on the main menu. You can read the full breakdown for each part of the progression revamp here. We’ve got a few additional details to share on the progression update today:

We’re investigating an issue which may impact minimum spec mobile devices (those with fewer than 2GB of memory) on this patch which may result in degraded performance. This behavior may be triggered by accessing the new in-game Journal. We’re advising players to exit and relaunch Hearthstone if they encounter these issues. 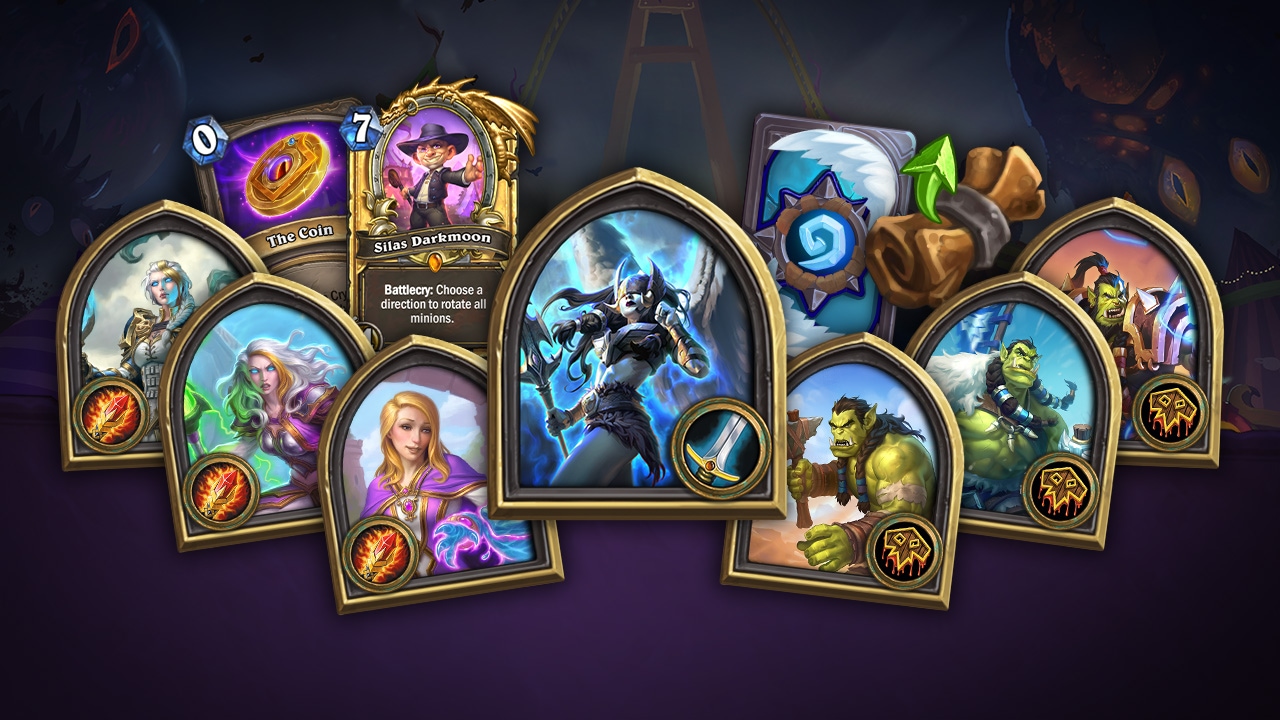 The Rewards Track includes a free track for all players, and a paid track that can be unlocked with the Tavern Pass, which will be available for purchase for $19.99. Purchasing the Tavern Pass at any point during the expansion will immediately grant the Golden Silas Darkmoon Legendary minion, a 10% XP Boost that lasts for the duration of the expansion, and all items up to your current level on the paid track. You’ll earn an additional XP Boost as you progress with the Tavern Pass during the Madness at the Darkmoon Faire expansion, in addition to the Annhylde Alternate Warrior Hero and Card Back, three Jaina Hero Skins, three Thrall Hero Skins, and one of Hearthstone’s first-ever collectible Cosmetic Coins!

* Limit one per account. A returning player is defined as one who has not logged into Hearthstone for 120 consecutive days

When Madness at the Darkmoon Faire launches on November 17, the Arena will include cards from the following sets:

Enjoy Wordle? Try Out a Hearthstone Version Where You Guess the Minion - Cardle