Hello everybody and welcome back to another Fan Community Spotlight. In this installment, we've got Cydonianknight with us whom we've featured two times before on this series, and both times being quite recent. A month ago, we looked at their custom Core Set in response to the announcement of the one that was launched with Forged in the Barrens, and again 3 weeks ago looking at a custom Treant tribe for Battlegrounds in response to the announcement of the new Battlegrounds-specific tribe, the Quillboar.

In this installment, we've got yet another Battlegrounds-specific tribe, that being Ogres. Just like the Treants, we've got several new cards and 3 new heroes to talk about. Also returning with this tribe is the Overkill keyword from Rastakhan's Rumble. While Overkill has a reputation (and a justified one) for being a weak mechanic for Constructed, Battlegrounds is an environment that can use it a lot better. Now it's time for Cydonianknight to take it away.

What is the inspiration for making the Ogre tribe? What are some distinct characteristics about the tribe? Bringing Overkill back from Rastakhan's Rumble in particular is an interesting move.

Cydonianknight: "Funnily enough, this tribe stemmed from when I was making an Ogre card for Rastakhan’s Rumble with Overkill, I think it was called Mosh’Ogg Masher or something like that. I made a joke under my breath “hah, more like Ogre-Kill” and then it just sort of clicked that Ogres fit the Overkill mechanic a lot more than Trolls do in my opinion. I was on a bit of a design high at the time having only just made the Treant BG tribe so I thought I’d give an Ogre tribe a fair crack too.

As a whole, the Ogre tribe is far less complex mechanically than the Treants, focusing mainly around the Overkill mechanic. Risen Ogre and Mogor’s Champion are probably the most simple representatives of this mechanic with Risen Ogre in particular being quite the threat in the early stages of the game. 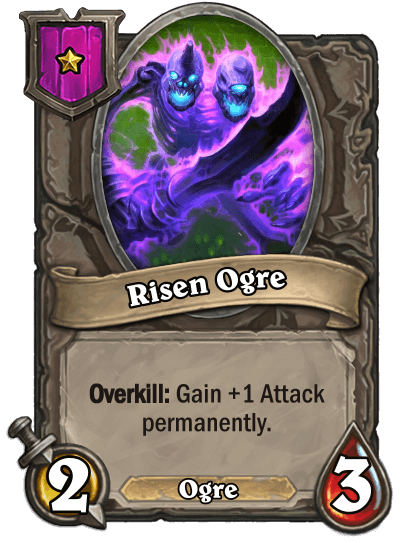 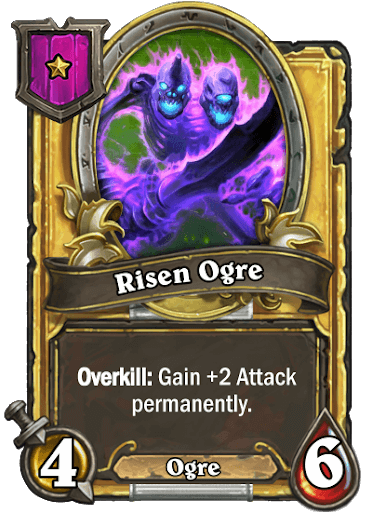 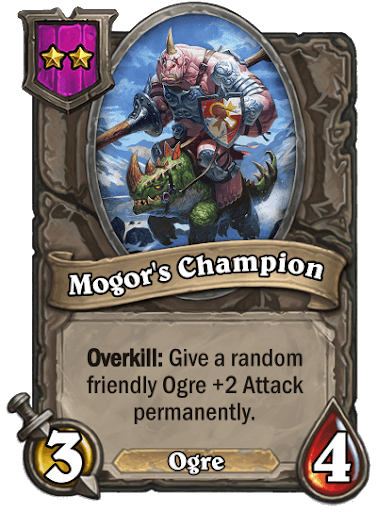 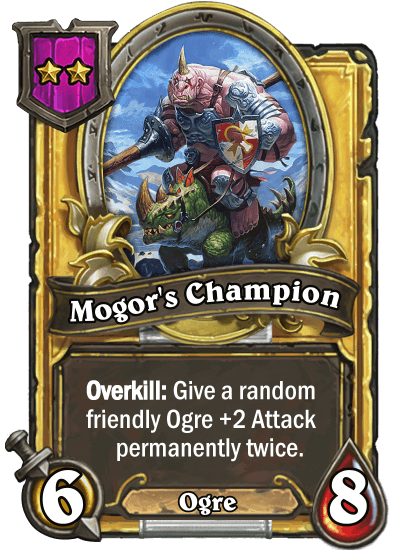 In terms of the midgame, Crushridge Magi will allow your other Ogres to grow significantly, provided that your Ogres actually do manage to Overkill minions. Bloodmaul Mauler is the centrepiece of these Ogre builds, which will probably end up being the largest minion in your warband. 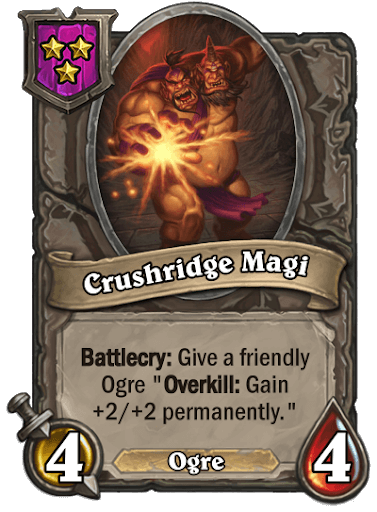 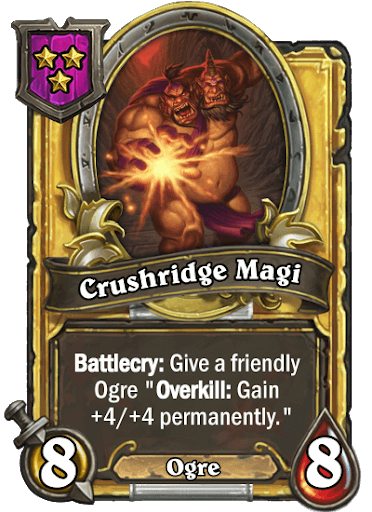 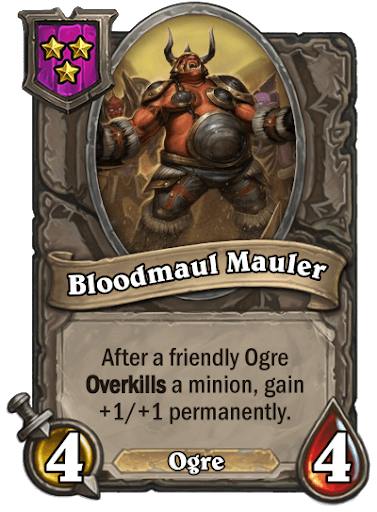 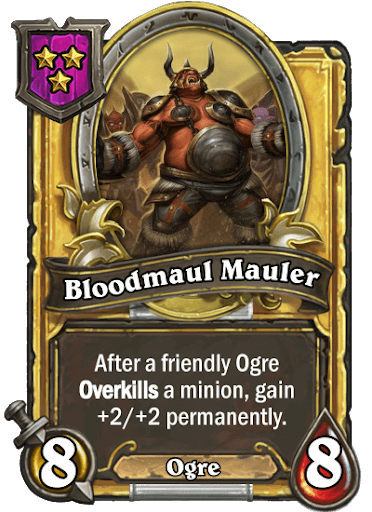 Mogor, Warmaul Challenger allows your Ogres to really pop off in the late game, very similar to Dread Admiral Eliza. This is probably a good time to explain the differences between this tribe and the Pirate tribe. Pirates are capable of buffing themselves in the combat phase, however these buffs are more easily obtainable (only on attack) and they are not permanent. Ogres have a slightly trickier activation, requiring you to Overkill minions, effectively meaning less triggers in a combat phase. This is offset by the fact that the buffs are permanent. 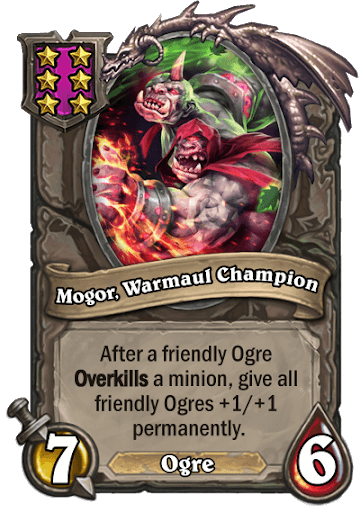 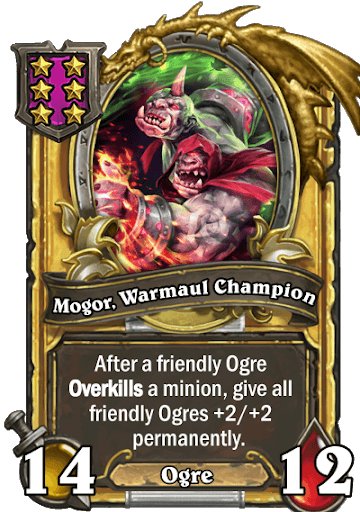 Notably, there is also a small theme of Tavern Tiers coming into play with Dunemaul Ruffian and Baran the Blind. Baran is a particular favourite of mine from a flavour perspective, having a blind ogre follow the others into combat, randomly swinging his club at other minions." 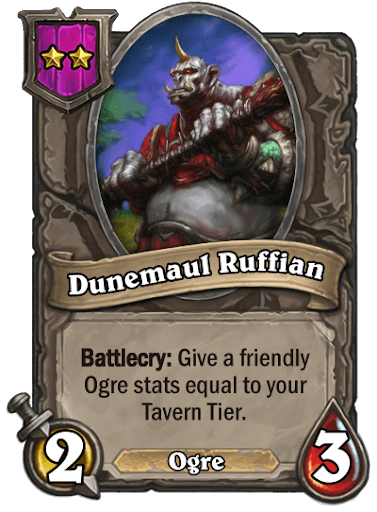 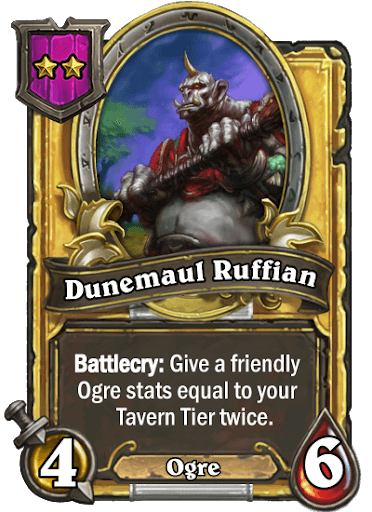 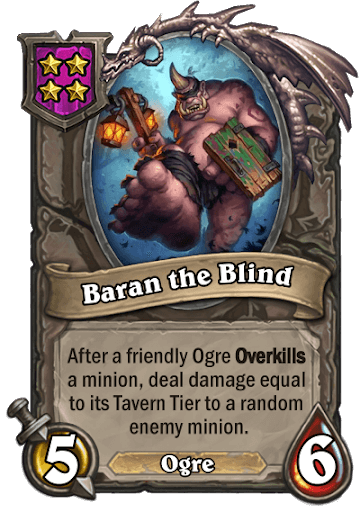 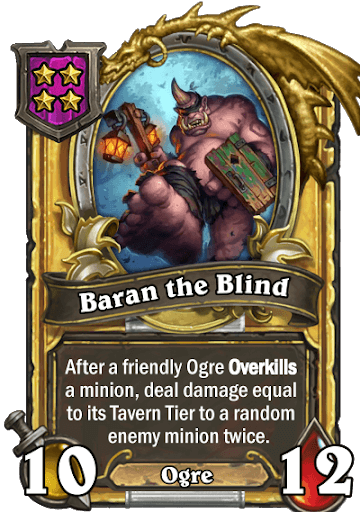 Give us a rundown of the 3 new heroes that come along with this tribe.

Cydonianknight: "Let’s start with the simplest. Cho’gall is very reminiscent of the old Sylvanas hero in Battlegrounds, removing one minion to buff one of your Ogres. The Attack buff is significant as this helps to improve the odds that your Ogres actually land an Overkill trigger. 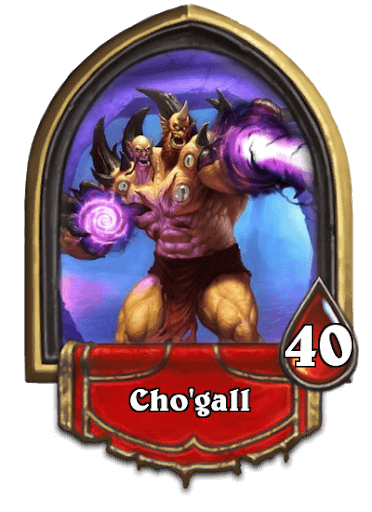 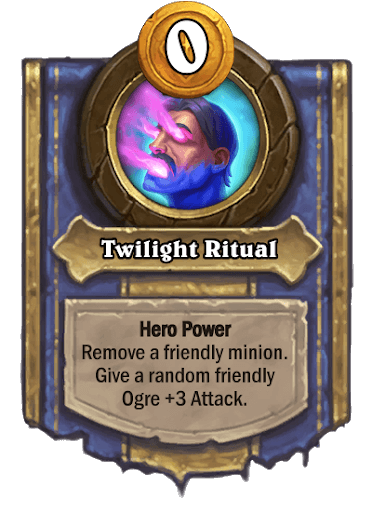 Gruul might be one of my favourite parts of this BG tribe. His Hero Power will rarely trigger throughout the game, on average about 2-3 times probably therefore the effect needed to be very substantial. In total, your minions would probably get +15/+15 from this Hero Power. He also entices players to keep minions once they have been buffed meaning a lot of low Tavern Tier minions could be a part of a Gruul build. 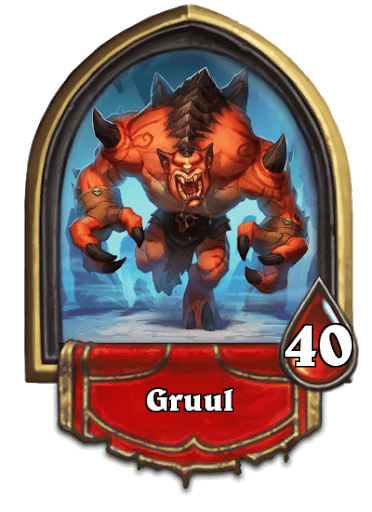 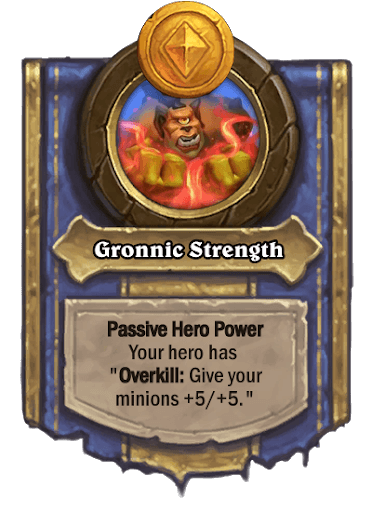 Don Han’Cho is the flavour king of this. I wanted this Hero Power to sort of tell a story about a gangster slowly making it to the big time of the criminal world (represented by reaching Tavern Tier 5), then being notorious enough to attract the employment of a bodyguard. Very similar to Alexstrasza, however this is much more consistent, you know the exact minion you are getting every time and it’s a pretty damn good one." 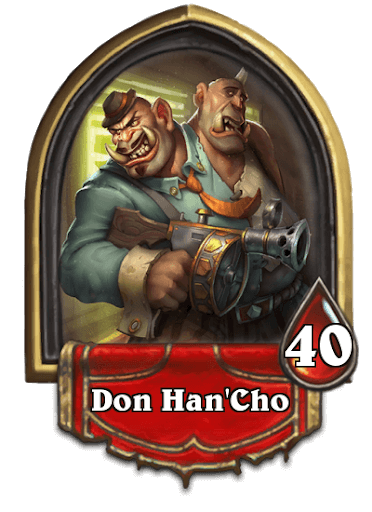 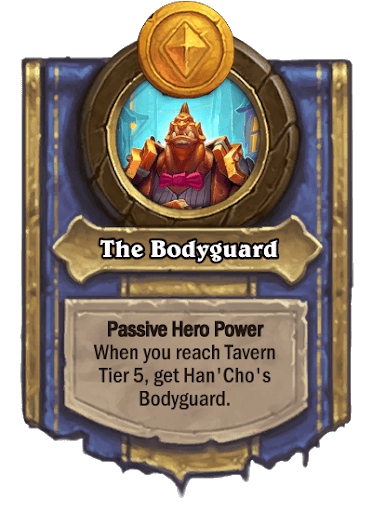 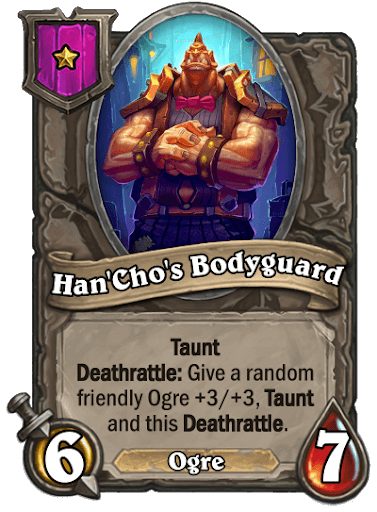 Both this installment and the previous one* were about Battlegrounds. Is this perhaps an attempt to focus on a large-scale project for the mode?

*At the time of writing

Cydonianknight: "I am definitely going to carry on making Battlegrounds content, it’s a different beast to making cards for Constructed and quite a fun one at that. I think I might try something else next, just so I don’t get bored of BG’s content or become a broken record but there’s definitely many more ideas to explore in BG’s. A couple of ideas I’ve thought about (not in depth or anything), include a Kobold or Nerubian tribe or maybe even a faction-based tribe rather than a species."

Do you have anything behind the scenes you want to share?

Cydonianknight: "One mechanic that used to be a part of this tribe was having some of the Ogres cost 4 gold instead of the usual 3 to allow for more powerful effects or stats than other minions at their Tavern Tier.However, I quickly came to realise that this was just an excuse for having poorly balanced cards in the tribe and it wasn’t an inherently interesting mechanic to explore either.

The other bit of behind the scenes info I have, is that Holy Ogre took so many attempts to get right. Like on my Hearthcards gallery, I think there’s about nine variations of Holy Ogre. Some had it at Tavern Tier 6 instead of 5, one had it give the Divine Shield to itself instead of to another minion and some just had grammatical errors. I still like the card, but there is a little twitch in my eye whenever I look at it." 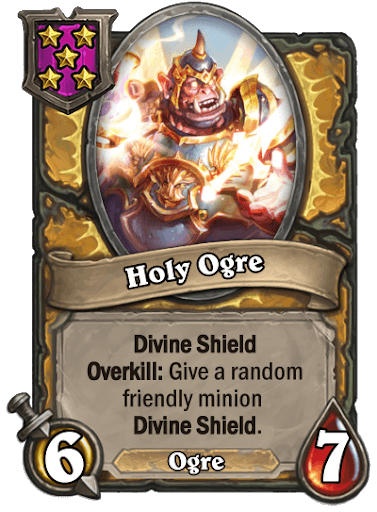 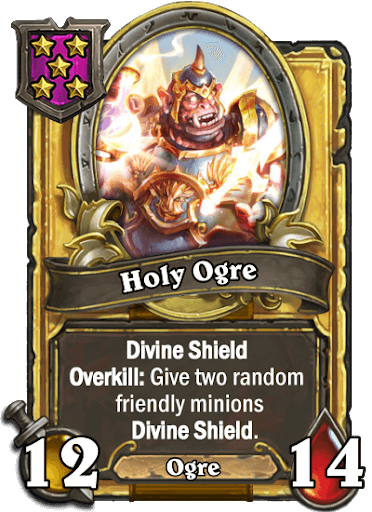 Cydonianknight: "In relation to Battlegrounds, I can’t wait to see what the Quillboar tribe looks like. We’ve also got the new standard rotation coming, the game is gonna feel fresher than ever. Also, I’m loving participating in the competitions again, great to see what new ideas the community can come up with every week. Thank you for the interview!"

And here we have reached the end of this week's Fan Community Spotlight. If you want to check out the entire tribe, then be sure to click the banner below and let us know what you think in the comments. 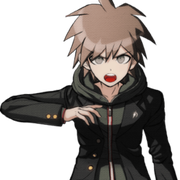