In a stream with his daughter this evening, Mike Donais may have just leaked two of the upcoming card changes!

A private message appeared on stream between Jared Noel, a former member of Hearthstone Analytics at Blizzard, which mentioned two changes.

Mike stated later in the stream that he "doesn't know" what changes are coming but not to expect more than 10 cards since they don't change more than that. "We aren't announcing nerfs today, at least not intentionally" comes after his announcement on reddit late last night that we may see nerf announcements this week. 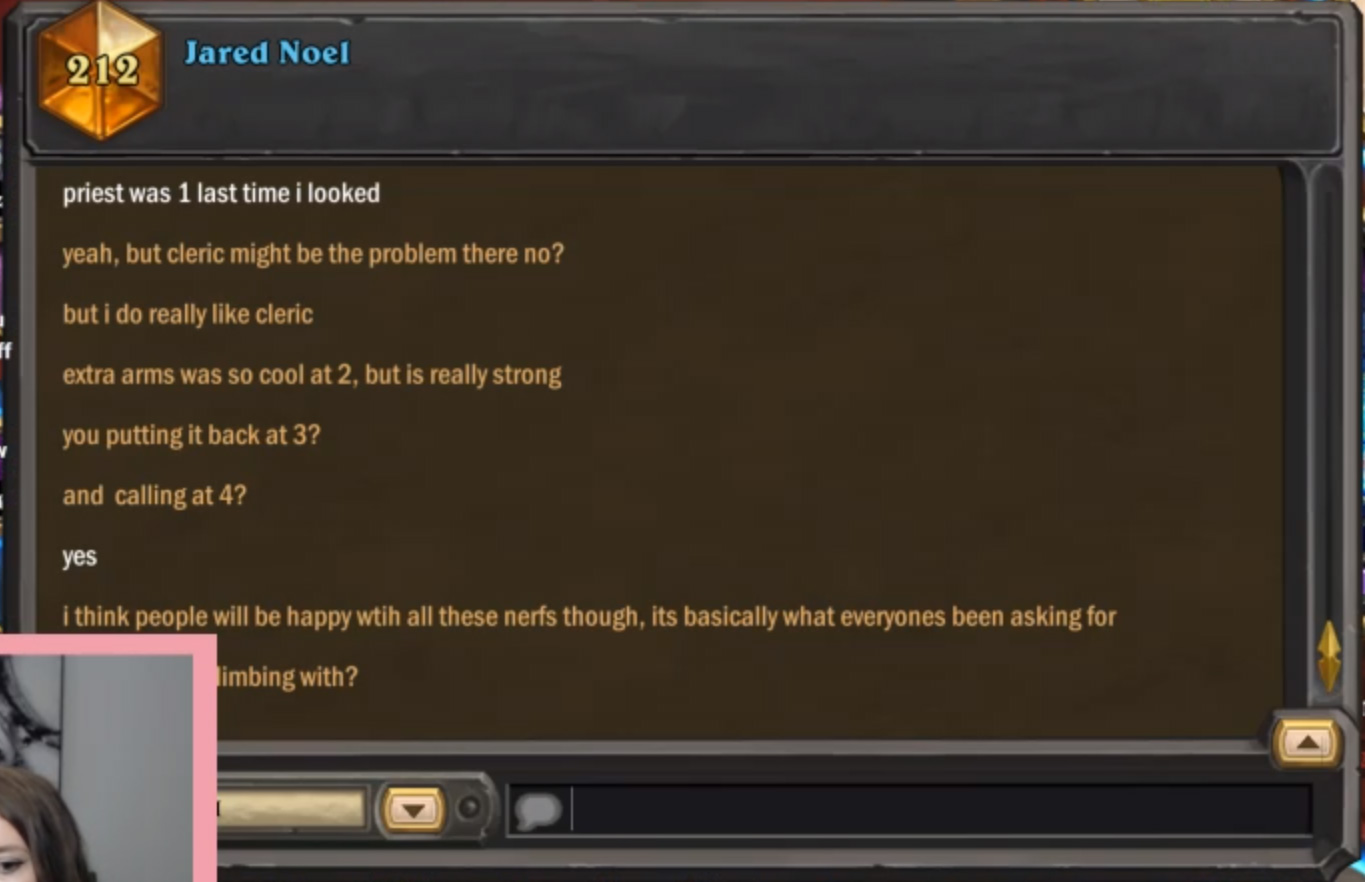 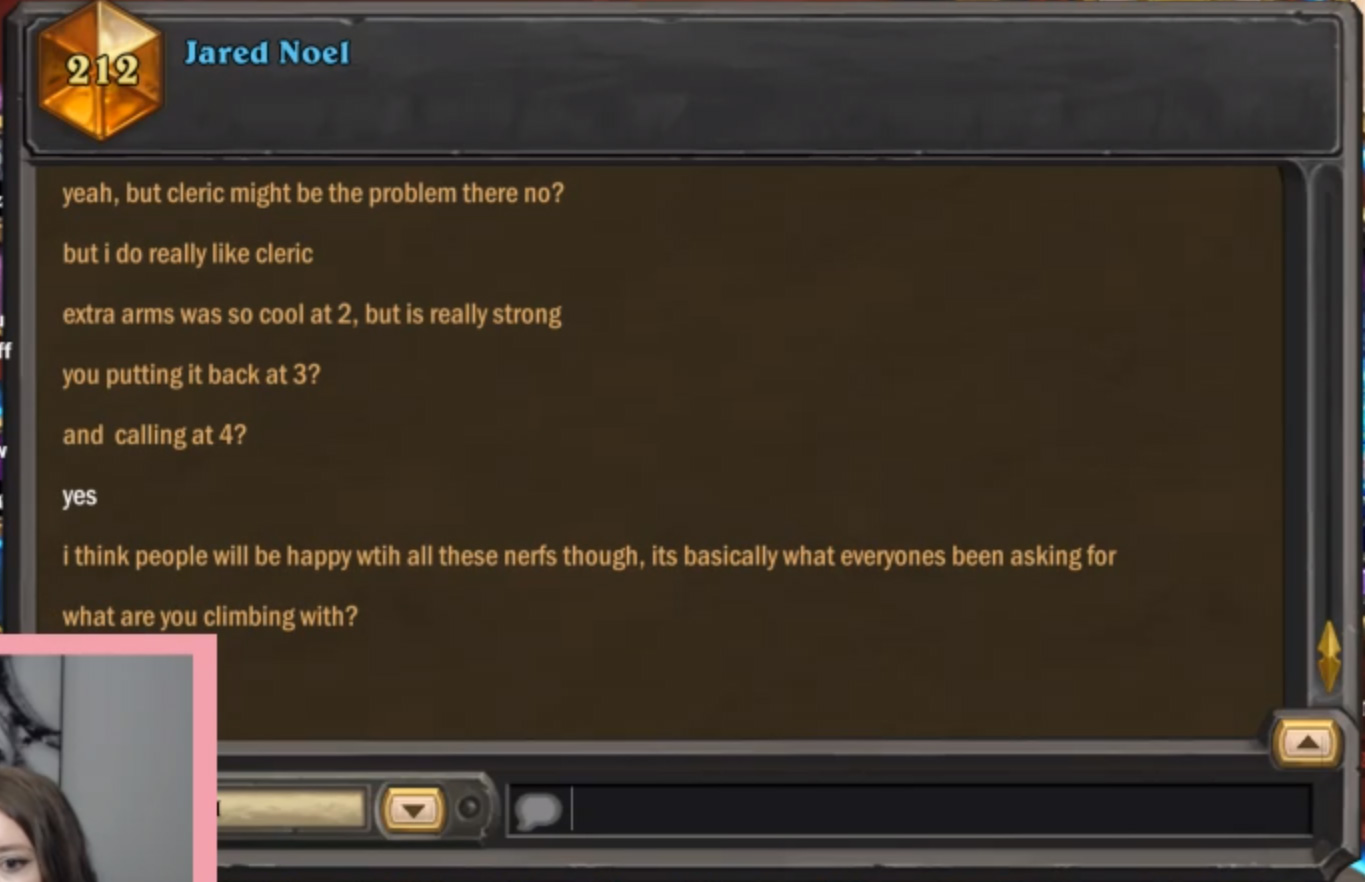 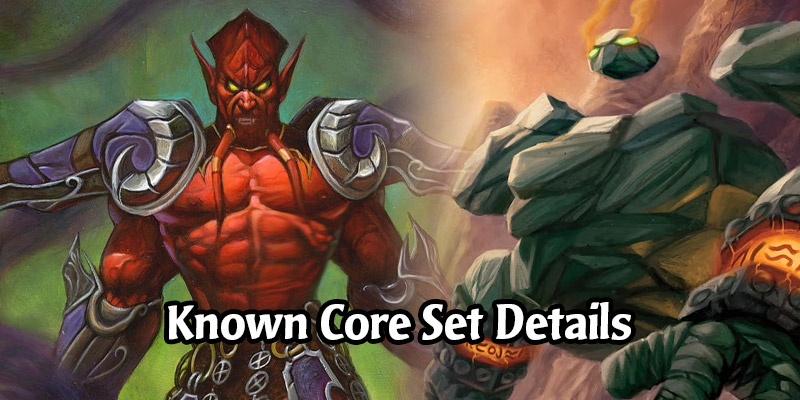 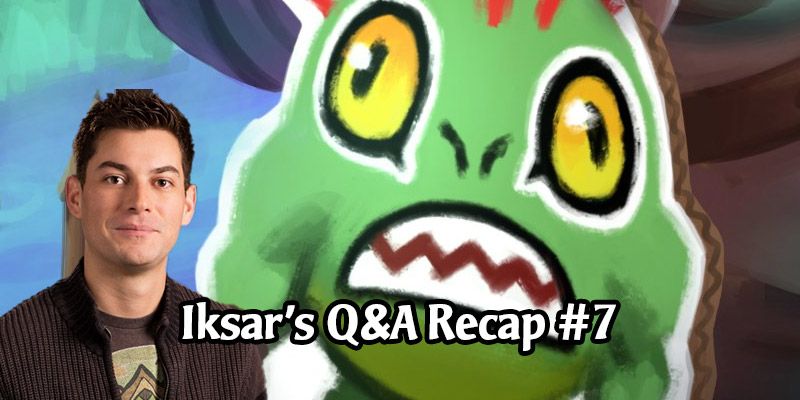