A big crux of old Conquest was that you had to win with every deck in your lineup after a ban. This made bringing sub-par decks a dangerous choice as you would often find yourself being stuck on that last deck and losing the series because of it. While the shield phase of new Conquest is a cool mix-up, the biggest change will be playing with 3 decks (after bans) and only having to win with 2 of them.

A popular tactic in old Conquest was deck targeting. If there was a prominent deck in the meta you could build your lineup to beat that one deck. While this wasn’t always the best strategy, it was a viable one if there was a dominant deck in the meta. Since new Conquest is only best of 3 games, targeting is near impossible as your opponent can just choose not to play the deck you target. So what are some viable strategies in new Conquest? In this section, we’ll go over a few different lineup strategies and list the pros and cons of each.

One strategy that might work is to target a certain type of deck (i.e archetpye) instead of targeting one specific deck. This works well if you expect lineups to bring at least 2 decks that fit into one archetype. For example, if your opponent brings Aggro Rogue and Highlander Hunter, bringing Murloc Paladin, Token Druid, and Aggro Warrior could be a viable strategy. If you protect one of those decks from a ban you will end up with 2 decks that are favorable against 2 of your opponent’s decks.

Targeting an archetype is effective at creating favorable matchups against your expected lineup. When it works, this strategy will have a small failure rate as long as you shield and ban the correct decks.

This requires most of your lineup to be dedicated to this strategy and only works if most of the field brings at least 2 decks of the archetype you are targeting. It can be used to highroll a smaller tournament but think twice about bringing it to a tournament like one of the Masters Tours. This strategy embodies the phrase "high risk, high reward".

This is the strategy that has the most potential in new Conquest. Using one of your “extra” deck slots for a tech deck could give you an edge against an expected field. A lot of players underestimate the power of a tier 2 or tier 3 deck in the hands of a competent player. If you are good at piloting Murloc Paladin, Zoo Warlock, or Malygos Quest Druid then bringing one of those decks can give you an edge in certain matchups and against players who may not have prepared for those kinds of decks. Maybe having that extra slot means we’ll get to see some Mecha'thun decks in future lineups!

The tech slot gives you a good deck to play for polarized matchups. It can also take some opponents by surprise who don't have a lot of experience playing against that one deck. It's always a good idea to bring decks you can proficiently pilot, and this format may be the time for your meme decks to shine.

Dedicating a slot to a tech deck means you'll have less wiggle room against lineups where that tech deck is only good for sitting in a corner. If you encounter a lineup that is favorable against your tech deck, that means you'll have to win with 2 of your other decks. This is where the shield phase comes in clutch, but don't always expect that to save you if you decide on this strategy.

It wouldn’t be a surprise if most lists submitted for this week of Grandmasters followed this strategy. The top decks of the ladder are there for a reason so bringing them to a tournament makes a lot of sense. With Warrior, Mage, Hunter, and Priest being some of the top classes right now, expect a lot of lineups with a mix of those 4 if you’re playing in any conquest tournaments soon. When in doubt, this will always be a good strategy to fall back on.

Any tournament where you get to play the best decks promises to be a good time. You'll have good matchups across the board and, if you've put in the practice, you should also be favored against less experienced players who bring a similar lineup.

Bringing the best decks means your lineup will be predictable. You can be susceptible to targeting or tech decks that you didn't plan for. Bringing a common lineup also means you better know the decks and how to play them well. Just because you brought the best decks doesn't mean you will always win. Luck and skill are still big factors in Hearthstone.

As you build a lineup for new Conquest remember not to just take the top lists off of HSReplay.net. HSReplay is a great tool and you should use it, but don’t forget to tweak your decks to be better against your expected matchups. For example, if you bring Control Warrior you should decide if you want to tech it more towards Mage or just bring good control cards for other decks.

The shield and ban phase also brings the potential for mind games before the actual matches start. Being able to quickly go over possible matchups in your head and guess which decks your opponent might shield and ban will be an invaluable skill to have. If you thought bans were hard enough then you’re in for a rough time.

The new Conquest format brings a lot more changes and possibilities than what it may seem like on the surface. It will be interesting to see how lineups evolve as the weeks progress. What decks or lineups do you think we’ll see in Grandmasters? 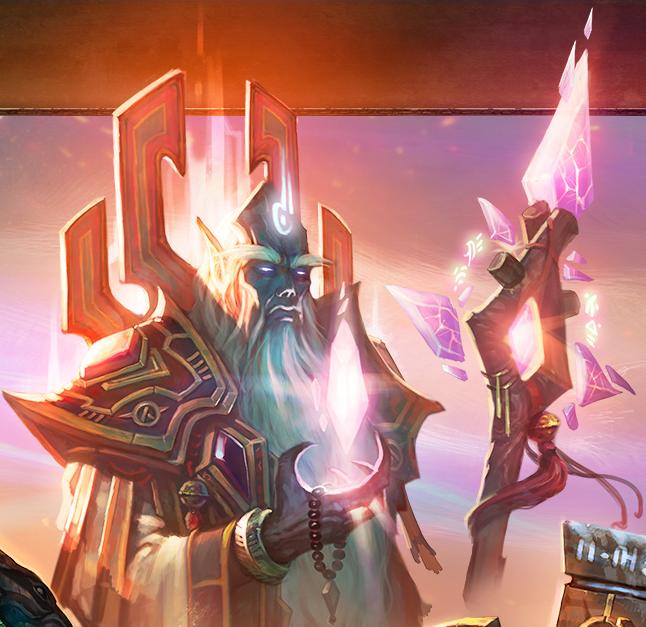 Tim "MrGn0me" Sleeper is an avid card game player and enthusiast. In addition to Hearthstone, he has played Magic: the Gathering, Pokemon, as well as some other obscure games like Neopets and the first Star Wars TCG. When he's not getting salty at RNG, Tim enjoys history and science podcasts, spicy food, and trucking simulator games. You can also find him on Twitter.