Hello and welcome to another installment of "The Forgotten Wilds of Hearthstone" series, where we discover the potential of four long-forgotten Wild cards, one per rarity. There, we cover the history behind the selected cards, with the intention of revealing Untapped Potential when it comes to deckbuilding. If you missed the previous article, click right here.

Lion or Panther... Hidden Behind the Shadows 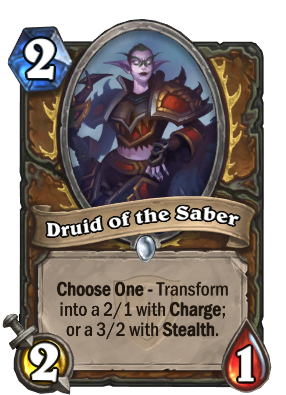 Alright then, let the discovery begin with her. Belonging to The Grand Tournament set, she was used within Aggro Druid archetype a lot, especially Token Druid ones, back in 2015 and 2016. Compared to what we have now, she was versatile because of her Lion Form as finisher/trader and Panther Form as sinister striker. If combined with Mark of Y'Shaarj or Savage Roar while in Panther Form, she would deal the damage needed to close out the game for good.

When looking at the current meta, it's impossible to see her at all because of superior options within Aggro Druid decks. However, that doesn't mean you can't build a deck around her. RavenSunHS did an amazing job utilizing her in his Even Druid deck.

If you think that it's the only deck utilizing Druid of the Saber, guess what? There's more, right here. 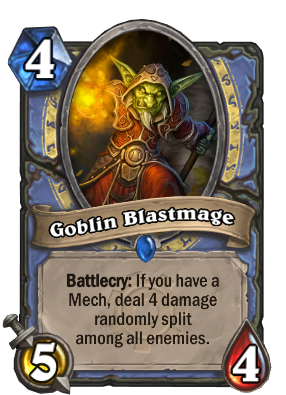 Who could forget this goblin? Mech Mage, anyone? During the era of Goblins vs Gnomes, which was between 2014 and 2016, his amazing burst potential whenever a Mech is on-board was so scary that he was the reason for rage-quits. As an Aggro deck, Mech Mage was Tier 1 back in the day and it was so strong that even Reno Jackson could often not save you. If you can't imagine how Mech Mage performed, think of current Mech Hunter with even faster approach.

We shouldn't be surprised that someone was able to combine the power of the past and the future to build an updated version of Mech Mage. Have a blast with the deck from MattMo. 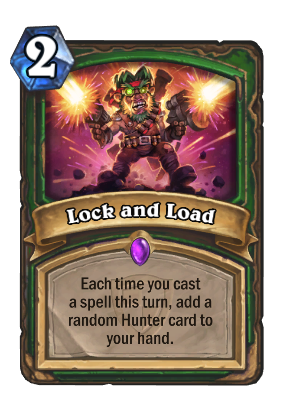 Precious Mana Cyclone in a spell-form... Originated in The Grand Tournament set, this card was printed at the wrong time, where it was never shone under the spotlight. During its lifespan:

However, what really surprised me was that Lock and Load was never discovered after Spell Hunter came into fruition:

In short, now is the time to play Spell Hunter with a solid value generation, which is really fun to play. 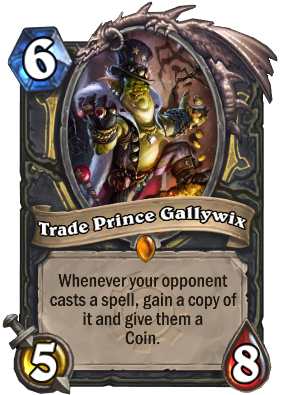 Who cares about his cut? His cat is here. Belonging to Goblins vs Gnomes set, he didn't see much play when first introduced, despite his unique ability that Hearthstone players never saw before and his beefy 5/8 stats. At that time, his stats made him one of the best 6-Mana minions in the game. However, there were reasons he didn't see much play at all, at least until Whispers of the Old Gods set was released:

With time, these decks became less relevant due to balance updates and I encountered this card a handful of times, compared to let's say, 1 out of 200 games. It's still rare to face him but it's better than never. This card was my 3rd legendary opened up in a pack and I kept him ever since. Glad I made that choice and here's why: He really fits well in Highlander Rogue decks and Thief Rogue decks. If you want both though, here is what I came up with.

Want to see him more in action? Well, what are you waiting for? Click here right away.

That's all for today for The Forgotten Wilds of Hearthstone. Let us know in the comments which cards don't get the time of day anymore and until next time, peace out and stay tuned for more!