Hello everybody and welcome back to another Fan Community Spotlight. This week, I'm feeling awfully scrappy and a little bit mech-y. This week, we're looking at a fan-made expansion called Scrapyard Showdown made by RadioInactive. As the name suggests, this is a very Mech-heavy set with a very mechanical theme, similar in line to Goblins vs Gnomes or The Boomsday Project. Also suggested by the name is that this set has a junkyard-like aesthetic to it.

The expansion also features a new keyword, Rift. Rifts are Dormant minions that have a passively ongoing effect and last for 2 turns which are summoned by a number of cards in the set. 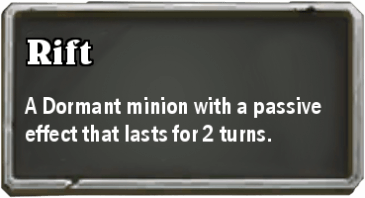 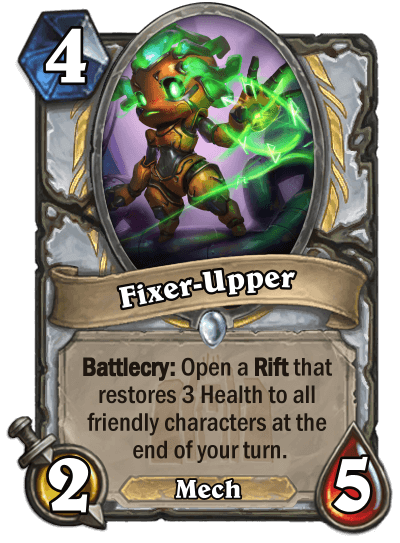 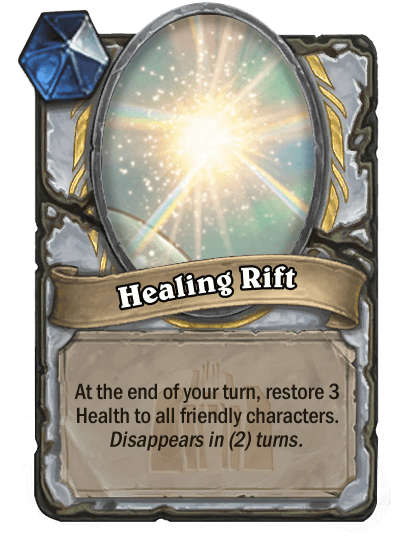 Now we take it over to RadioInactive to talk about the set.

RadioInactive: "I started making Scrapyard Showdown as a way to reinvent mech synergy in standard. The Boomsday Project was one of my favourite expansions with the design and theming but they stopped printing many mech cards after that, so I decided to fill the gap and create an expansion revolving around mechs. I didn’t really know much about World of Warcraft lore, so the set isn’t really located anywhere specific. I decided on setting it in a junkyard after thinking about where I could slot mechs in alongside the other ideas I came up with."

Where does the idea for the Rift mechanic come from?

RadioInactive: "Rifts started out as a way to display passive effects without relying on external counters like quests or the demon hunter sigils. The card Supercharger originally started out giving rush and windfury to elementals you played next turn, but I was struggling to figure out how to display that on cards in your hand. I eventually decided on summoning a temporary minion that would provide the effect instead. Eventually to save space on the card, I standardized all rifts to be only active for two turns and designed the rest of them around that." 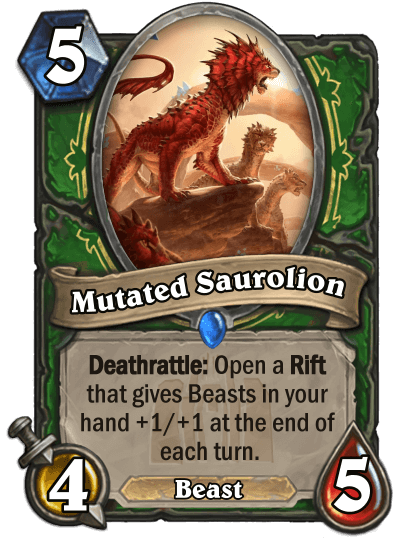 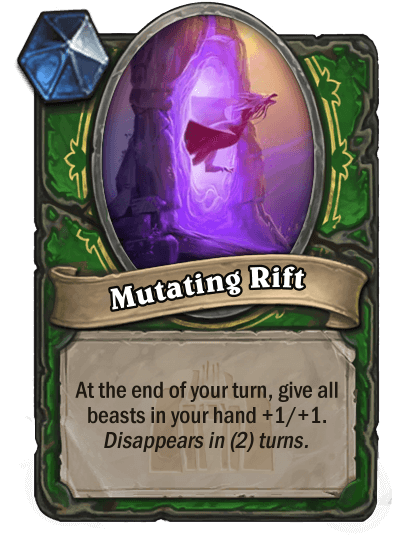 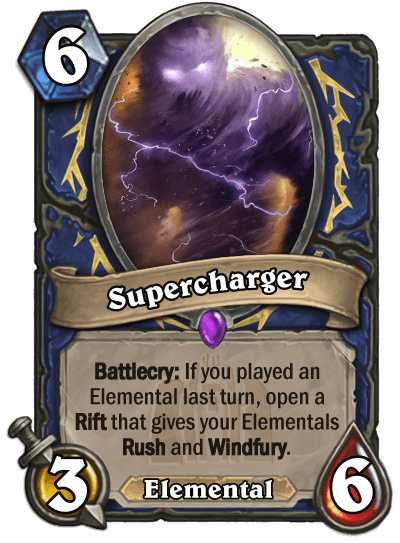 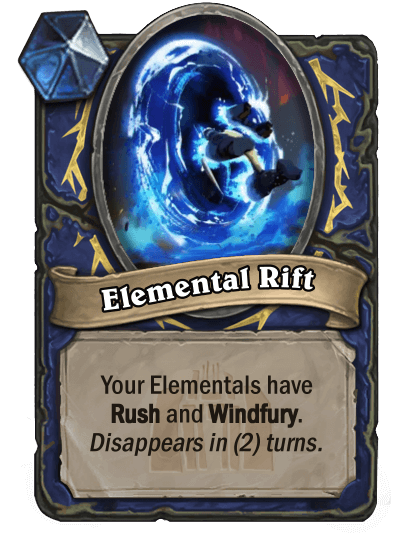 RadioInactive: "Aelias, Master Tracker was one of the cards I created early on in the expansion as a standalone good legendary that rewarded thinking ahead. Originally though, it filled your hand with Tracking spells. After tracking was changed, I didn’t think to change its textbox until I let others see my set for review and caught that for me. It's always good to show your ideas to others especially when you are looking at them for a long time. Maxwell and the rest of the priest mechs started as me trying to create a more board and buff focused priest, which I felt would be more fun than the current control/big archetypes that they were locked into. The point of mech priest is to summon strong sturdy mechs that could be healed and buffed over multiple turns. Maxwell definitely fits the stickiness part, incentivising your opponent to leave it for as long as possible which you can then buff into a real threat itself." 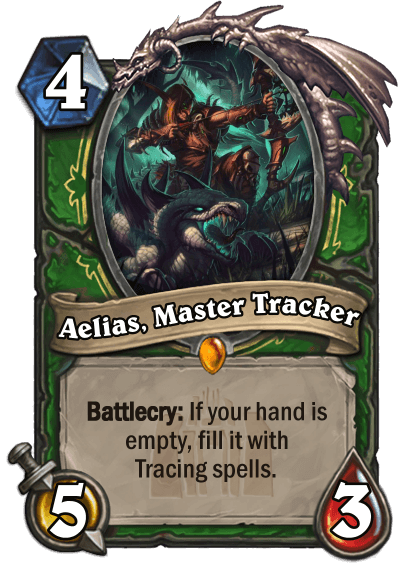 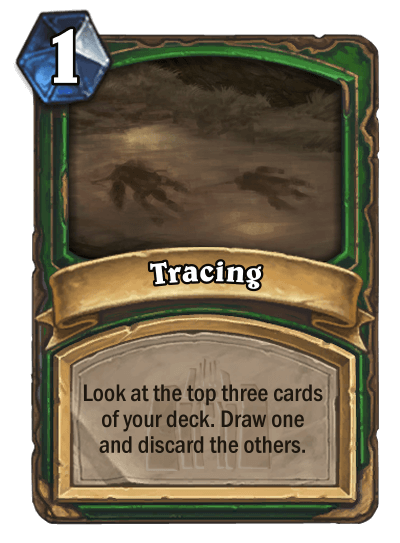 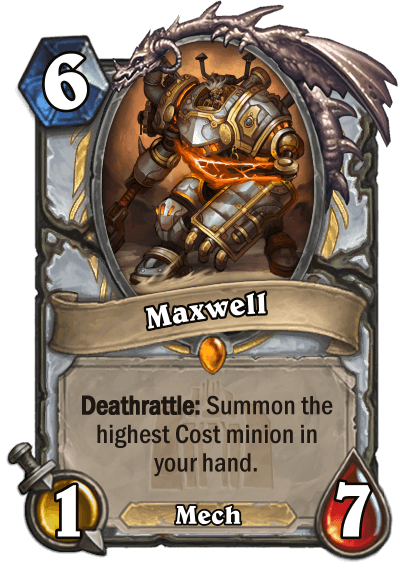 RadioInactive: "Originally the keyword created for the set was resistance, which would’ve caused minions with it to take less damage at a time equal to its resistance level. It has remained somewhat as a tribute on the cards Full Armor Juggernaut and Charged Zapper. I ended up scrapping it due to it only punishing aggro, not doing much against anything else and not really being flavourful outside warrior or paladin. Rifts are definitely a more flexible mechanic, there’s a rift card for each class in the set." 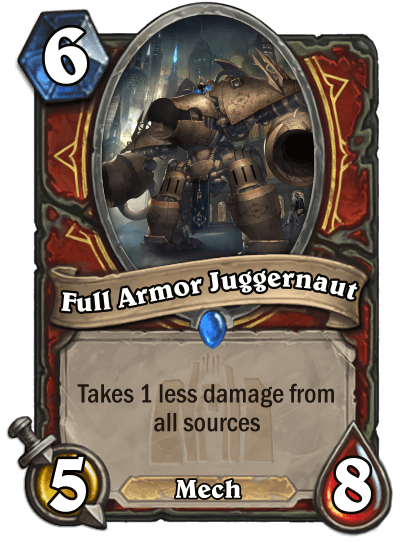 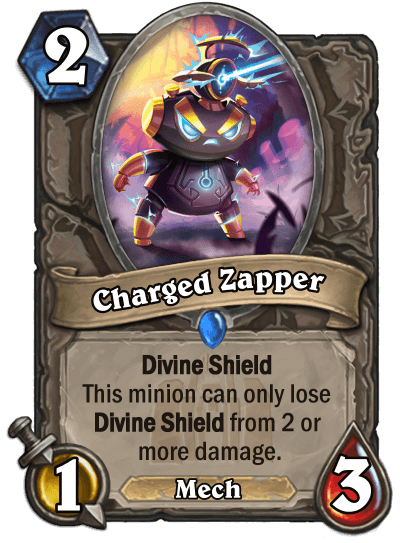 RadioInactive: "I first started playing Hearthstone around the launch of The Witchwood, about three years, I’ve only started making custom cards around six months ago. My design philosophies that went into making the set were to push archetypes and cards just slightly past the current power level. It's a lot better to make a card that's interesting but a bit too powerful than to make a weaker, unimpactful one. Cards like Battlebolt Veteran, Little Hero and Thundertoad are extremely pushed in power level, but there isn't much synergy to actually make full use of that power, which creates interesting deck building decisions. Obviously don’t go overboard and make cards that win on turn one, but strong cards aren’t a bad thing." 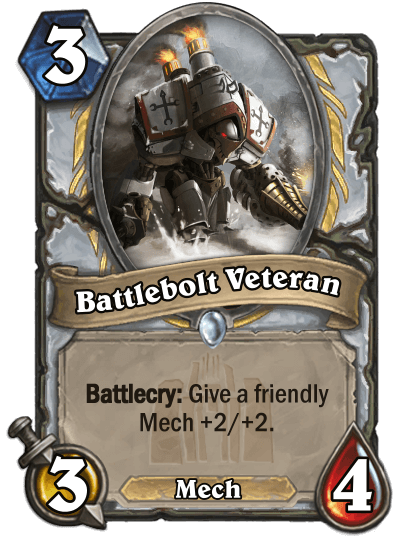 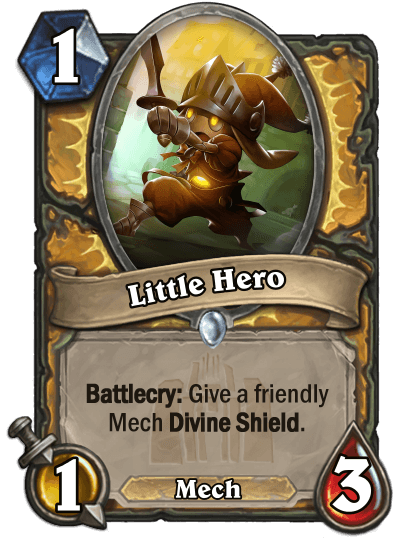 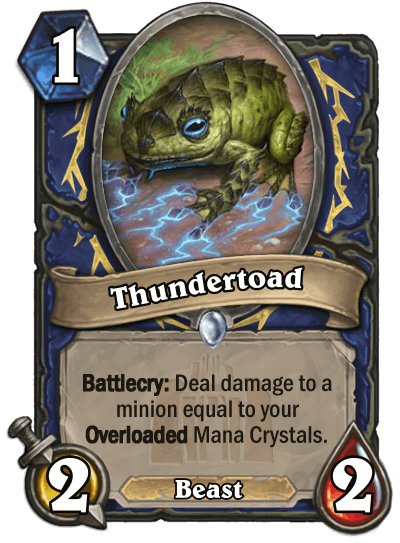 RadioInactive: "This set took me about 3 months to complete from start to finish. Most cards in the set have at least one previous form before I was happy with them. Making a set has definitely been a fun experience, it really tests how good you are with long term planning and how familiar you are with how hearthstone design works."

This will do it for this week's Fan Community Spotlight. As the saying goes, one man's trash is another man's treasure, so if you're interested in seeing some more of the set, you can hit up the rest of the junkyard in the banner below to see the entire 135-card expansion.