Welcome to Budget Deck Breakdown, the series that takes cheap cards and puts them into (sometimes) good decks. This week, we've got a deck that's more fun than good; one that can generate value from just a few cheap spells. Let's get right to it: this week, we're talking about Lock 'n Fling Hunter. 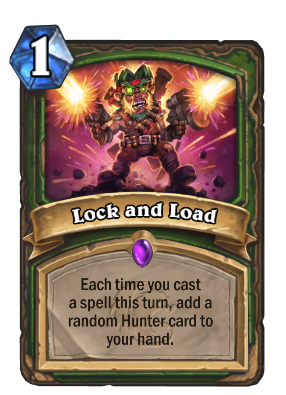 It behooves most Hunter decks to take advantage of an aggressive Hero Power and some pretty amazing aggro tools to play matches that quickly reduce the opponent's health to zero. Unfortunately, that line of thinking leaves very little space for dallying or taking advantage of premium nonsense enablers like Lock and Load. We don't think there's anything controversial in saying that Lock and Load is one of the few universally beloved cards in Hearthstone, possibly because it only ever sees play in meme decks.

Why should we build a budget deck around this spell? I'll give you a few reasons: For starters, it received one of the biggest buffs a card can have bestowed upon it when Blizzard halved its Cost and moved it to the Core set. This lets us have more flexibility when choosing to play the spell, as well as giving us better chances to have a true spell bonanza much earlier in the game. Another reason is that Hunter has a wealth of cheap spells to play with Lock and Load: spells that deal damage, spells that summon minions, spells that generate other spells, spells that turn small Beasts into removal. Toss a few of these together and, baby, you've got a brew going. 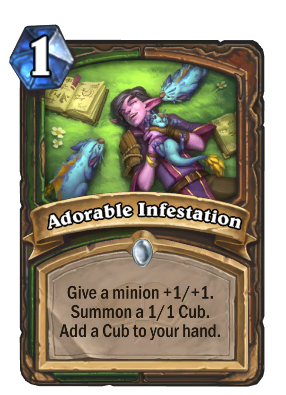 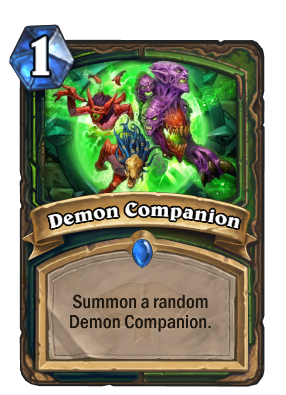 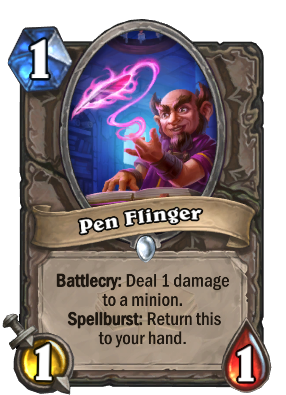 The core of this deck is cheap spells, which works well with everyone's favorite nerfed 1/1. Pen Flinger is an early game pest that can keep our opponent's board clear while we accumulate spells to play with Lock and Load, then spend a turn absolutely exploding with value before using those extra cards to win the game. Pen Flinger pairs well with cheap damage spells like Arcane Shot and Wound Prey, and can also trigger the Frenzy of Sin'dorei Scentfinder for added board control. 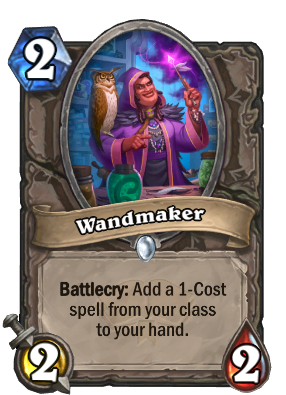 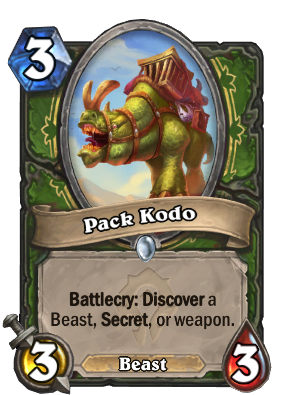 Spells aren't the only cards we have in this deck; we also have minions that find us more spells. Wandmaker and Mystery Winner are decent early game bodies that give us more cheap spells to combo with either Lock and Load or Pen Flinger. Pack Kodo is an absolute bruiser of a Beast that can give us another spell, or possibly a weapon if we're in the market for one. 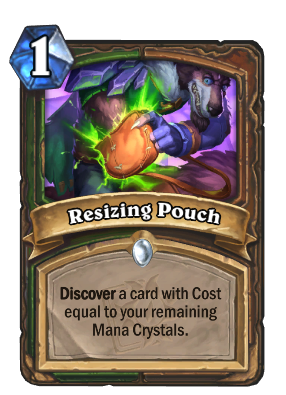 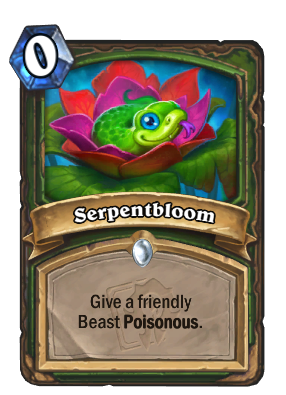 Resizing Pouch is our most flexible spell, but really shines on Lock and Load turns when played into 0 mana, where it has a 100% chance of finding Serpentbloom. Serpentbloom is a great card to find because it turns a cheap Beast into a removal tool and gives us another spell from Lock and Load for the low, low cost of no mana.

Laddering with Lock and Load

But how does the deck actually play? In previous Budget Deck Breakdowns, we've talked more about what the deck can do in a vacuum and appraised its cards as such. This time, we played ten games on ladder (a nice round number), keeping track of both our record and our thoughts about the games. The deck responded with a clean 5-5 record*. But win-rate isn't everything, and there are still some conclusions that we drew from these ten games.

First, this deck is a blast to play. Each game provides you with a different set of cards to try and win with, and it's up to the player to find the best way to make use of them. For instance, in one game Lock and Load gave us Shan'do Wildclaw, who came in handy when the Open the Cages we got from Mystery Winner gave us a Huffer to copy for lethal.

Second, this deck contends. It might be a bit of a fringe meta pick, but the deck has enough card generation and removal tools that it can go toe-to-toe with most of the best decks on ladder. If we gave out awards (perhaps called the Budget Deck Breakdown Awards, or "Budgies" for short), we would give the MVP to Pen Flinger, then we would name the award for Pen Flinger because he did so much work keeping us in games against Elemental Shamans and Face Hunters - games that we ultimately lost (through no fault of his own). Don't feel too bad for him: His reward was getting to absolutely terrorize a Dude Paladin the next game. Pen Flinger: It's very good against 1/1s.

Our last conclusion is that this version of the deck is far from perfected. Many of the times we fell short was because we just ran out of stuff - often because we never found Lock and Load to stretch our resources. Without Lock and Load the deck falls somewhat flat in card draw and value generation. We'll get to potential ways to alleviate those problems in the next section. 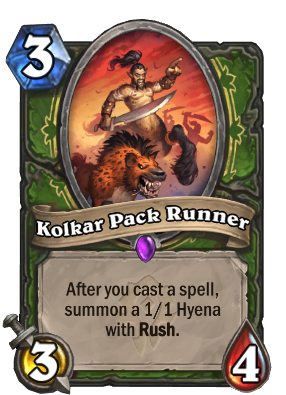 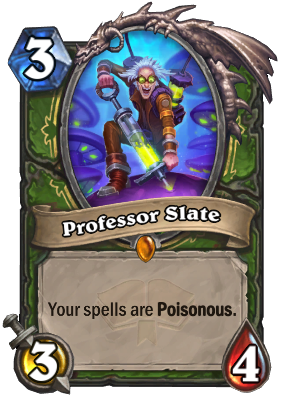 One thing the deck obviously lacked was early pressure and ways to take advantage of its bounty of cheap spells outside of Pen Flinger and Lock and Load. Kolkar Pack Runner is a minion who can fill both holes; it already sees play in most Face Hunter lists and would slot into this deck without issue. Barak Kodobane is another minion that can solve our running-out-of-cards problems by drawing us two of our cheap spells (we don't run 3-Cost spells, but maybe Barak could persuade us to change our mind). If you're more worried about killing big minions with only a handful of cheap spells, Professor Slate can turn even the tiniest amount of damage into removal. 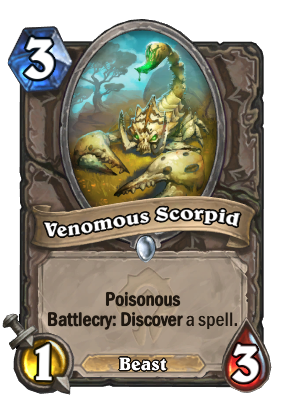 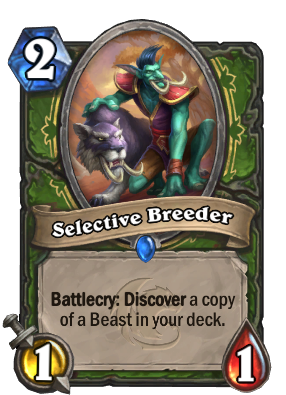 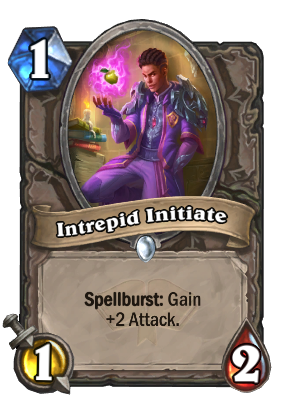 Venomous Scorpid is a card that readily comes to mind as a minion that can generate value while putting a pesky body on the board. Intrepid Initiate is a cheap threat that probably synergizes better with our deck than Wolpertinger ever did, while Selective Breeder is pseudo-card draw that can tutor Pack Kodo for a solid turn 3 play. Carrion Studies is another 1-Cost spell for Lock and Load turns. It was initially left out because nothing else in our deck synergizes with Deathrattle, but it is a good way to find extra bodies when you can't find Lock and Load. And if all you want is more bodies on board, Mankrik can be that card for you. Mankrik is in a really good place right now: he's gotten over the incredible pain of losing his wife, and will likely continue to heal if nobody says anything to remind him about her.

Lock 'n Fling Hunter is a fun "new" way to play a class that otherwise throws damage at the opponent's face with reckless abandon. It's a value volcano when you've got Lock and Load ready to go, and surprisingly has a few extra tricks up its sleeves to survive scary matchups. The best thing? No two games are ever the same.

Have we inspired you to try out Lock and Load on the ladder? Are there any ways you would improve this deck? Share your thoughts in the comments!