We've just had a big expansion announcement and with it a brand new patch finding its way onto the live servers. Which means that once again, our Duels experience is about to shift. Will it be for the better? That all depends on how the adjusted Passive Treasures in question and the system that recommends them for you are going to behave.

We have some initial insight to offer just in case you find it rather confusing to keep up with the Duels meta and don't know at a glance why or how these particular changes might matter.

Potentially the most impactful change here. What do all of these have in common? Well, they were all considered overpowered and game-breaking at one point in time, subsequently receiving either nerfs or becoming banished - sometimes even both, eventually - to that Ultra Rare pool of Treasures (where they only had about 1% chance to be offered in your drafts). And Cannibalism was even completely removed from play a few months ago.

So now they are all coming back once again with typical offering rates, available in Treasure Pool 2 - that is your 2nd Passive Treasure pick you get after 3 rounds (games) played. Your Health Points reach 30 at the same time as well.

But, as you can see below, each of these former Passive Treasures will have a different, weakened form now, essentially becoming shadows of their past glorious selves. Hopefully that means they are not going to be as troublesome as back in the day - perhaps not all of them will even count as desirable picks. One other indirect impact of this is the fact that with 5 extra Treasures re-entering the pool, your chances of finding current favorites will further go down.

As for a closer look at these: 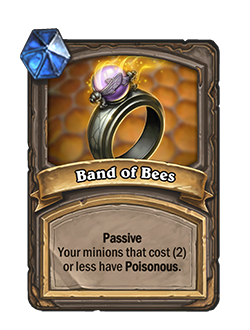 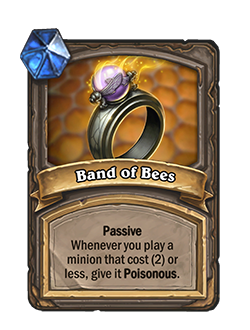 One of the original powerful offerings, saw its appearance rate hugely reduced many months ago as a result of what it could do with Pen Flinger and the like. Now the latter is a persona non grata in Duels, but there were still things such as Demon Hunter's Illidari Strike and Druid's Harvest Time! to worry about. At least this way it only affects low mana cost minions you play directly from hand, not "summon" through various effects. There are Hero Powers it might synergize with (Connections, Bring on Recruits, Frost Shards, Savage Secrets), but most of these minions won't have the initiative on the turn they are used. 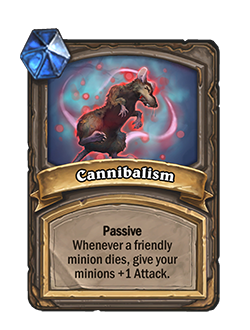 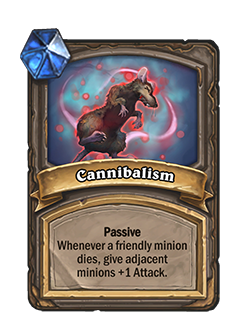 Illidari Strike would've been a concern here as well, just as pretty much anything with Hunter's Death Games endless potential or strategies going very wide on board with tons of sticky minions (Harvest Time! again?). At least this way it's not going to snowball nearly as efficiently towards every single minion present on the board - yet it probably shouldn't be underestimated. 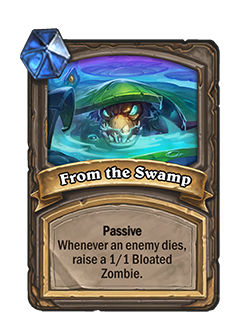 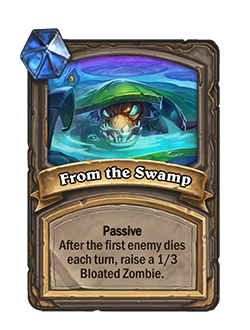 That one always made you feel bad for playing tokens and small minions into your opponents. No more an endless army of zombies, that is a rather steep nerf. Ironically, the Health buff also means no cheap fuel for No Guts, No Glory and Wyrm Bolt - in that way the tokens won't be a drawback against cheap pings either. But it all does look considerably weaker. 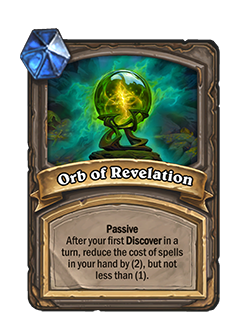 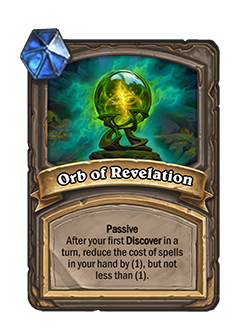 Mana discounts are both a huge advantage and pain (if you are on the opposing side) in any game mode, but even more so in Duels with all the crazy combos at your disposal. Mind Tether Priest and many others loved it for a reason. This should still be one of the more potent options for spell-based decks, but not reaching such ridiculous heights as before with just a few Discovers. 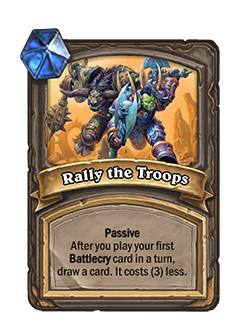 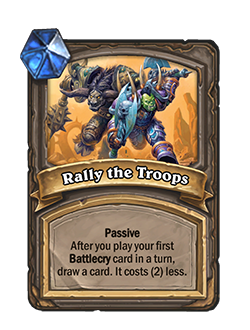 Can you believe this originally reduced the cost of the drawn cards by 5? Madness. No wonder people quickly dubbed it "Rally the Broken". Will this version finally become an acceptable one in terms of power levels? Constant card draw plus mana discount is such a precious combination, it may still have no equal for any Battlecry-heavy deck.

We've also got a handful of others - more or less impactful - buffs to various treasures: 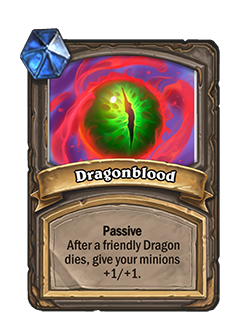 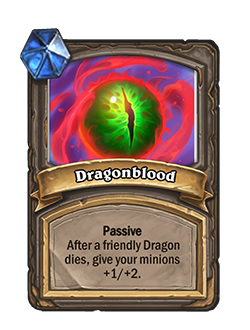 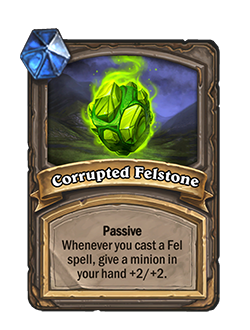 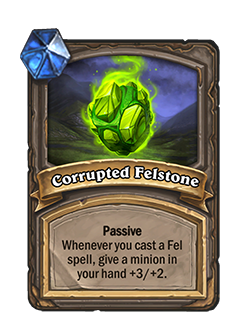 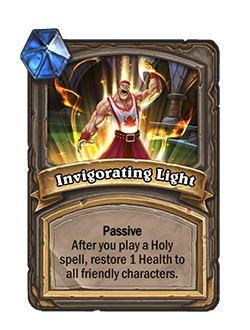 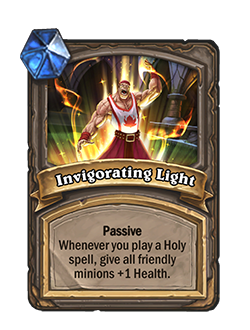 Likely go into that category of "not making big enough of an impact". Alas, for dragons it's just better to have them discounted instead. The other two require that awkward synergy of minions and certain type of spells for fairly small benefits. 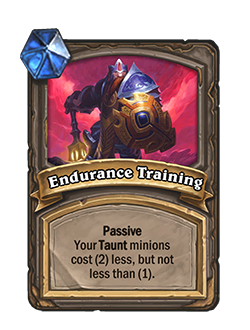 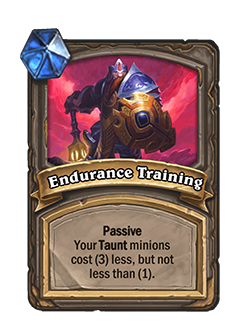 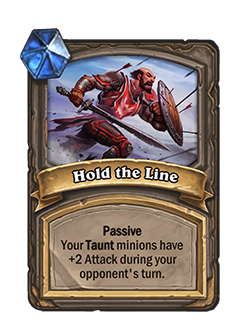 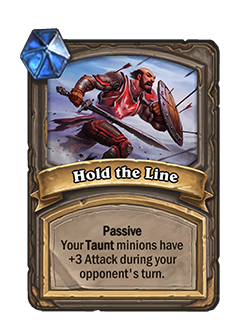 If you ever hoped for a Taunt lineup to become all-powerful (or live the dream with Spreading Plague), perhaps these will help get there. Provided that the Treasure system properly recognizes your efforts and Taunt cards in the deck to offer such options in the first place - Duels have had various problems with it before and as of late. 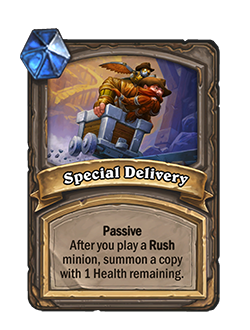 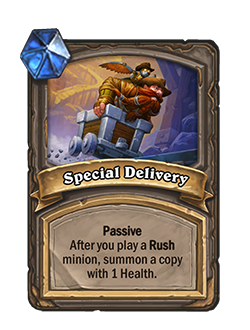 Presumably you won't be able to heal them up now, even though it wasn't exactly a common occurrence for Bruising Warrior. Unless it's meant as an indirect nerf to its interaction with Spiked Arms - we will only be able to find out with some testing. 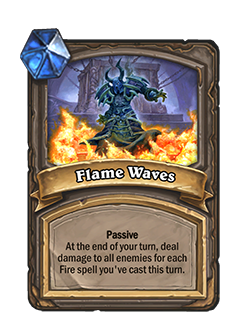 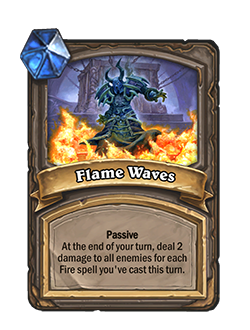 This one is curious, will we start seeing more powerful board clears and Fire spell OTK dreams? It used to deal just 1 damage, but there might not be enough cheap spells of this type that generate other spells in order to keep the chain going for long.

If you have been playing Duels regularly, any of these changes strike you as particularly good or bad for the health of the game? Or if you haven't had much interest in the game mode lately, think anything here might help with a better balance and strike that desire to try again? Give us your insights below!