Lining up with the whole big Alliance-themed expansion announcement, PC Gamer sat down with two of the Hearthstone developers you've most likely seen around the inn by this point - Liv Breeden (Senior Game Designer, Initial Design) and Cora Georgiou (Associate Game Designer) - to talk through several points of interest; and not just only about United in Stormwind.

The interview was conducted by Brand Director Tim Clark, who has been following and covering the card-slinging scene for a long time; with assistance from Ben "Ridiculous Hat" Goodman, whose podcasting efforts have no equal on this mortal plane. You can read the entire flavorful take here; we will focus on some of the more relevant excerpts below, as there has been a fair deal of worthwhile information to highlight. 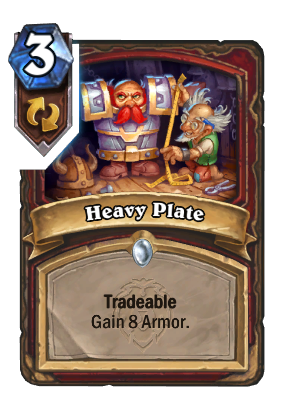 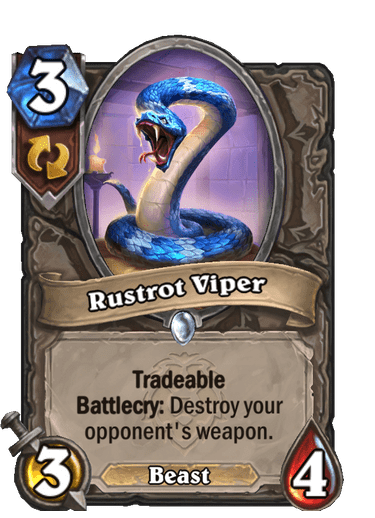 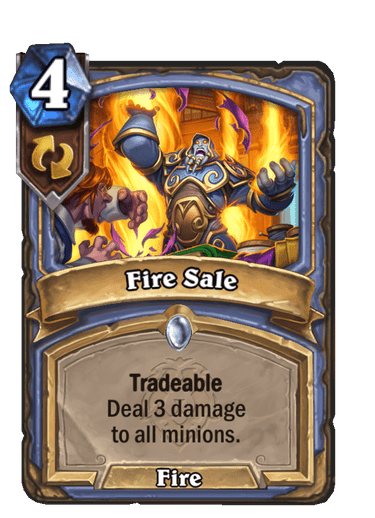 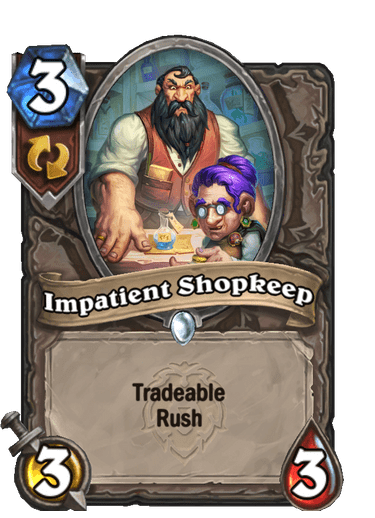 It definitely adds that little bit of extra consistency. If you're playing a deck with situational cards, you can afford to include them or tech pieces since if you're in a circumstance where they aren't super relevant you can just toss them back. And it gave us cool opportunities to make cards that interact with Tradeable cards or improve upon the mechanic as we go forward. It's nice extra reliability in deckbuilding. 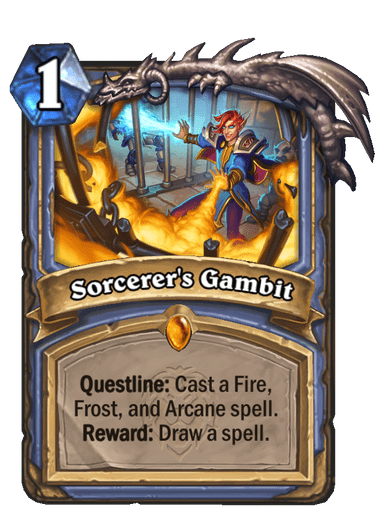 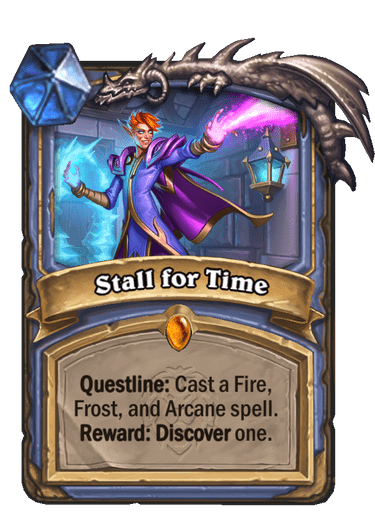 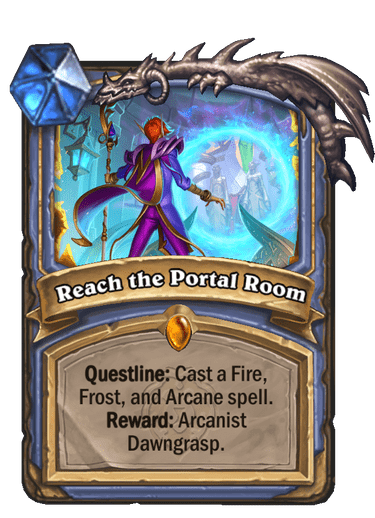 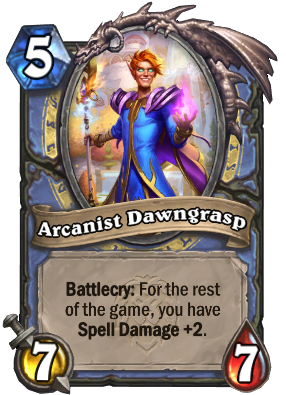 You play them like normal quests but they're broken up into three parts—after you complete the first step, it transforms into the second step so you don't need to play it again and you just continue on the journey. Once you've completed all three steps you get a really powerful Legendary minion in your hand that provides big benefits. Some of them are long-term and some of them are one-offs but they're all definitely worth it. 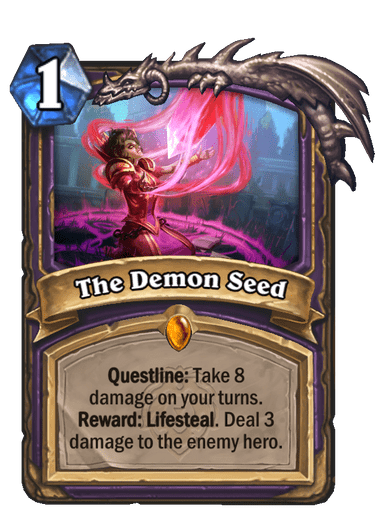 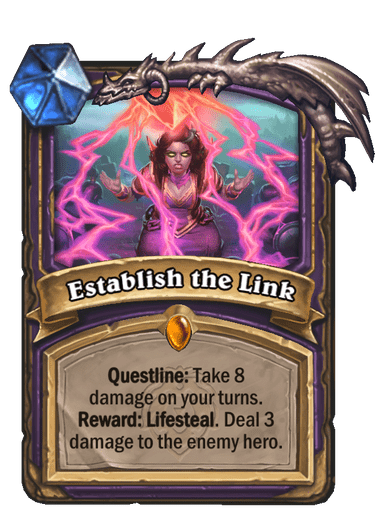 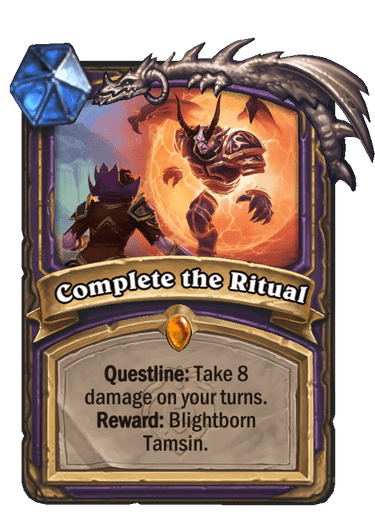 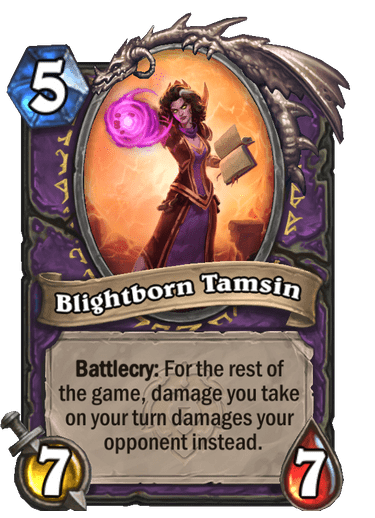 We actually started with the concept of Questlines ending with a passive effect so things like [Varden's] permanent Spell Damage +3 for the rest of the game, but there wasn't enough impact to them. You wanted to play those cards and feel like you did the thing, rather than just have the quest turn over and go "yup, we did it". Going from Uldum where quest completion made your hero power change… that's a cool moment, but there's something really special about the original quests where I played the [reward] card and now we're in the second half of the game. The stakes are different now. 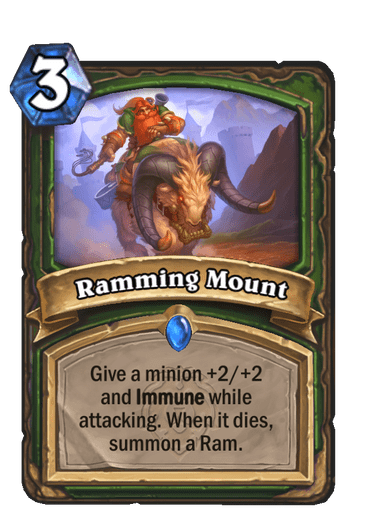 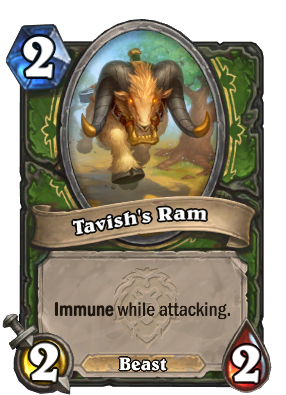 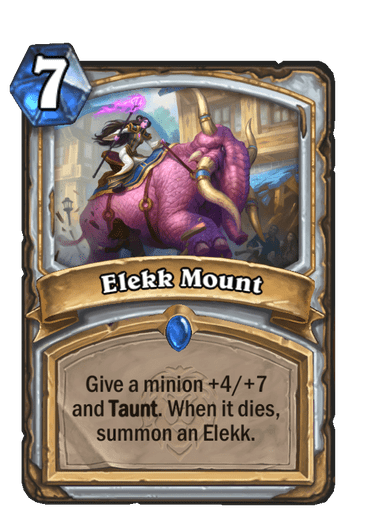 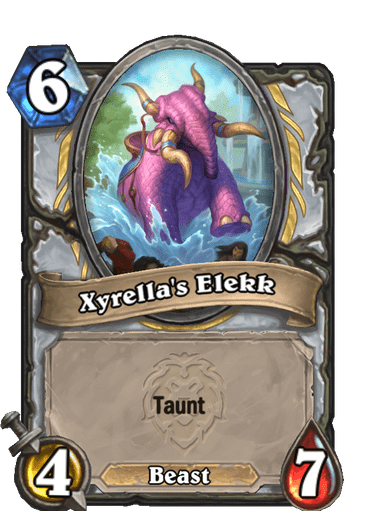 Yeah, they all operate the same way whereby you give a buff and a slight bonus to a minion. The mount that drops off has the exact same stats and same effect.

One thing about World of Warcraft is that everyone remembers getting their mount. It's a big story moment for the mercenaries—this is their mount and this is what makes their mount special. We'll see Warlock and Paladin get their special mounts as well. 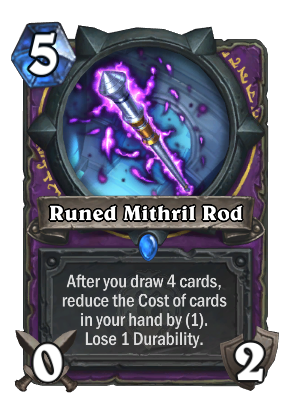 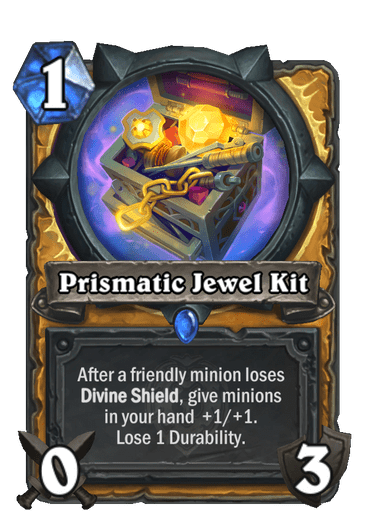 The Issue with Priest 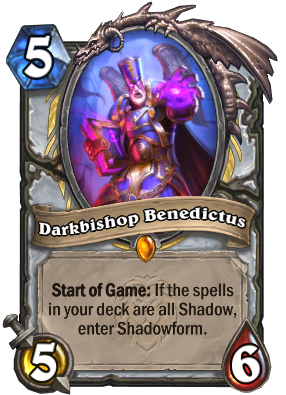 It's interesting for sure. If we look back at Rez Priest, that deck is really fun… for the person playing it. It's important that we have decks that are for those sorts of players, but we want to make sure that the people playing against them aren't tearing their hair out.

But Shadow Priest is super different—there are cards like Insight for Shadow, but generally they're pretty forward moving, looking to directly do stuff to the opponent, and that's the goal in this expansion for Priest.

It can be somewhat difficult to find that sweet spot. We've found it in the past and we're maybe slightly over right now, but I think the gameplay at the core of Priest—and I'm gonna get called a sadist for this—is fun! I don't hate Priest! 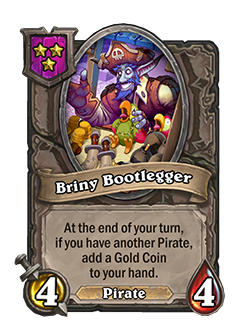 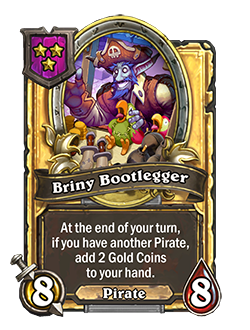 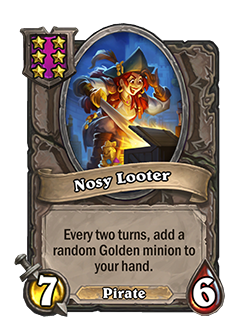 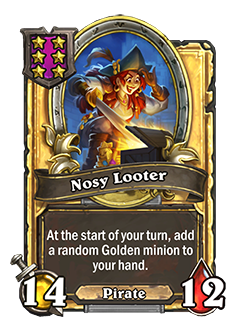 For it to come out of beta… that's an internal conversation and something that we've been discussing what exactly constitutes taking the tag off. We feel that BGs currently is very enjoyable and something that our players really, really love. There's a lot that we would love to be able to do with it.

Yeah, one of the challenges for Battlegrounds is that we found this core thing that's super fun and different every game, and there's so much randomness going on. We don't really want to mess with the core gameplay, and making it more similar to constructed Hearthstone feels wrong so we definitely don't want to do that—leaning into the cosmetics is really important.

I really like Mage this set. Mage is super cool, Rogue's got some new decks that we haven't seen so I'd look out for those too.

I think internally I've been playing a lot of Warrior when we're testing future sets and I've been including the Questline in that quite a bit. That's probably my favorite Questline of the bunch. It's very fun.

We launched DH with two pretty good decks but we didn't really have a great stable of cards so when we wanted to build up a new archetype we had to give it a whole bunch of new stuff like when Deathrattle came around. Even Final Design was skeptical and said that Deathrattle DH wasn't a thing… but we needed to make it a thing. It's building from the ground up a lot unless you're leaning on one of the older designs—which isn't a bad thing, but I think we could do a better job of that going forward in the future.

This isn't the only time in recent weeks when Cora and Liv teamed up to share various insights (and not only about the game): their appearance on the Hearth and Home Podcast #9 might not've been on many people's radars, but it's well worth a watch/listen if you've got about 20 minutes to spare.

The topics involve the game design process at large, typical working days at Blizzard, behind-the-scenes recollections, dedicated pet love, and more. We also found out that Liv Breeden will be the lead for the upcoming couple of sets, which brough to light the information of United in Stormwind being Alec Dawson's last set on the Initial Design team. He has now moved on to Final Design Lead on all that's to come. Plus that nerf of First Day of School might have some implications on the future expansions.

If you'd like to see more of this kind of content, you should check out Clark Hellscream's YouTube channel. Aside from regular quality videos, there is more to be found in this particular series; including veeeery long marathon interviews with the likes of aforementioned Ridiculous Hat, Americas Grandmaster Rami94, and other people in the Hearthstone scene you might recognize. There are detailed timestamps in each video's description that allow you to jump into any particular topics of interest, so don't fret upon seeing their initial length.Have you found any of the takeaways above especially appealing? Anything in particular to look forward to that has fully captured your attention? We would be curious to hear all your thoughts.