Dean Ayala confirmed this evening that a decision has been made on naming characters in Hearthstone after employees at Blizzard.

You may have been following along with the Blizzard vs California lawsuit in which the company is being sued by the state due to workplace sexual harassment. On the Hearthstone side of things we saw the Stormwind reveal season cut down, and many of the developers taking a public stand, some even protesting at the end of July. The story certainly doesn't end there though because in World of Warcraft, many of the accused have started to have their in-game references removed recently, showing that the employees there won't be glorifying them anymore. This wasn't limited to only minor NPCs in World of Warcraft though, as Overwatch will be changing the name of McCree, one of the game's main characters, in an update for the same reason.

Its been a question from some in the Hearthstone community if we would see any references removed or if this was the end of seeing in-game references to players and employees. With this week's patch adding Master Nguyen to Battlegrounds, a tribute to the late team member Dan Nguyen, we weren't sure about the team's plans concerning references.

Today that changes. Dean Ayala was able to confirm that the team has decided no more employees will be receiving in-game references. This does not necessarily exclude outside players from receiving nods in the future, Dean isn't aware of that being definitive, but I guess we won't be seeing any more credit cards or indirect references to developers and their families. 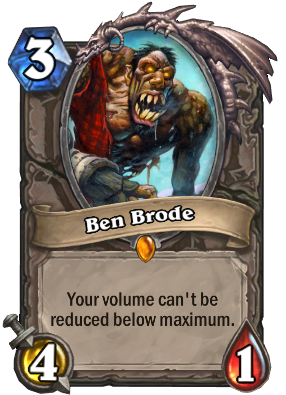 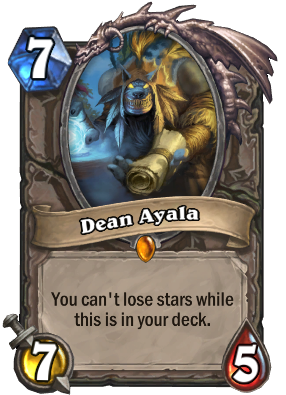 Here's everything Dean had to say about the question.

What’s the internal sentiment for putting things into the game from real life like Hearthstone World champions? We rarely get anything other than an homage that isn’t officially recognized.

This is a relevant question. There are some very recent downsides that have come up from naming characters after real-life people (McCree). We had Master Nguyen in dev for some time and wanted to fulfill that promise, but unlikely to do any more characters named after ourselves.

Not sure if this should also apply to people outside our work. You can't control the actions of a person you put in the game, there are some examples of influencers or esports players I think we might have regret paying homage to if we did.

I think it's a little sad if that disqualifies us from ever doing it, but not something we've settled on that I'm aware of. Fortnite has gone the other direction with this and it's been cool for them, so we'll have to make a thoughtful decision as a group.

And to be clear, we've made the decision about naming characters after ourselves, unclear to me whether a decision has been made about using the likeness of any real person.