Greetings everyone, and welcome to the second Out Of Cards meta report since Patch 21.3 went live.

The new Duels meta is yet to be completely defined, and while some top decks are rapidly emerging from the cauldron, people are not stopping to experiment new things, which is a sign that there's genuine interest in the mode and in the new meta. Nerfing the Battlecry synergy was really a good move!

As usual, here below you'll find a handful of 12-win decks achieved with multiple classes, which may give you the inspiration you need to get one yourself. Have fun!

Let's start with some Lost in the Park Druid. While it's not the first time ever we've seen this archetype, it is for sure one of those strategies that benefitted from Patch 21.3's quite long list of changes. Sure, [Hearthstone Card (ooops, all spells!) Not Found] is now more difficult to find, but you have very few burst spells and Khadgar's Scrying Orb is a valid (and way more common) substitute.

All in all, this starting decks does not feature any high-cost cards like Nourish or Cenarion Ward, because the early games take too little to end and spending a lot of mana on a single and not-immediately-game-winning card may not be the best choice. For the first few matches, just worry about going face and running down your opponents: you'll have time to pick more expensive stuff as your run goes on.

P.S. For the sake of transparency, the original list included Wandmaker in place of Claw, but the player themselves stated that it was a mistake. 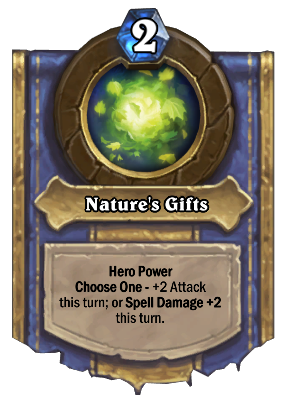 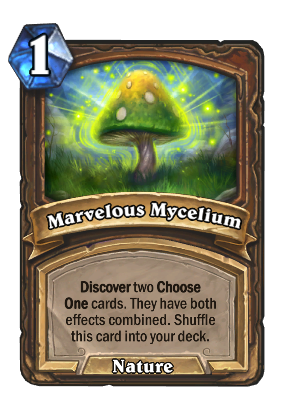 Token Druid, but the Constructed way: very few (but relevant) minions and lots of spells that generate units and buffs. This way, you'll be able to get the Greedy Gains' +2/+2 upside without suffering the consequent mana cost increase of your units. Pretty smart!

Remember that with this archetype, you usually win through big swing turns rather than a slow grinding game plan, so don't despair if your opponent manages to slow you down a bit as you'll have many chances to bring home the match.

As for the Passives, I spoke with Croque themselves and they told me that Spreading Saplings is a more than valid alternative to Greedy Gains.

Finally, here's a little tip directly from Croque that you should be aware of when starting your run with this list.

I honestly think Nerubian Egg and Vibrant Squirrel should be Wisp and Desk Imp after what learning off of this run.

This one is the first of the few starting decks we've noticed to be built with the sole purpose of hitting that sweet sweet Discovery synergy from Staking A Claim for extra large boards and little mana investment.

OnNoes tried to do so while not going all in: in fact, they still included a little Deathrattle package to fall back to in case of unfavorable Passives, and we dare to say that this choice paid off: the player was not able to find Staking A Claim or Meek Mastery, but still managed to get to 12 wins: a great display of skill. Well played! 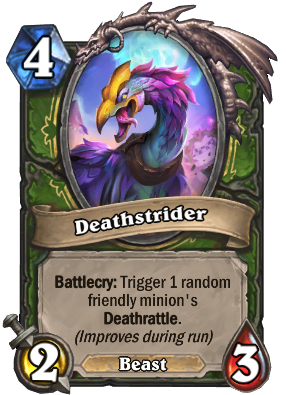 OhNoes did it with Hunter, and this starting deck does it with Mage: your goal is still finding Staking A Claim and abusing it.

Another thing you should be wary about is that Mage has a lot of burst at disposal, so with all this card generation you'll be very likely to find that damage you're missing to kill your opponent. You may lose the control of the board, but from-hand burst is almost always inevitable, so this is an upside you should take in consideration. 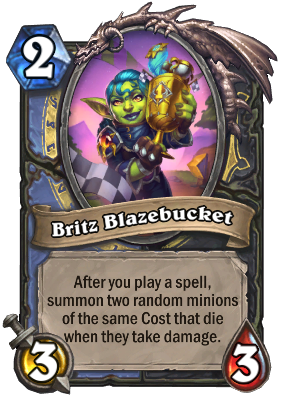 In our last Duels Meta Report we highlighted LessThanThree hitting 12 wins with a Frost-oriented Hero Power Mage featuring Arctic Armor, but the players themselves suggested that Leyline Manipulator should've been included in order to discount the Ice Shard generated by Frost Shards. That's exactly what Fliboce did, not only they included the aforementioned Elemental in place of Alexstrasza the Life-Binder, but they were also able to find Meek Mastery for even more synergy.

Sure, one two swallows don't make a summer, but we could be onto something...

Miracle Mind Tether Priest apart, Mindrender Illucia does seem to have another viable Duels archetype. Dragons typically have strong effects and relevant bodies, but they are the tribe that needs the most time to actually hit the board and make an impact: too much to ask in a meta where cheap units were able to create a steady flow of damage and value. However, things are different right now, and so are Dragon Priest's chances to see competitive play.

However, the most notable element of this starting deck is Lady Prestor: it appears that you can achieve great results and follow the memes at the same time!

It appears that the Battlecry nerfs didn't affect Soul Warlock too much, as this version was able to get to the end of the run with a pretty much traditional build, being Battleground Battlemaster being the only relevant new entry for extra burst damage and some surprise lethals. 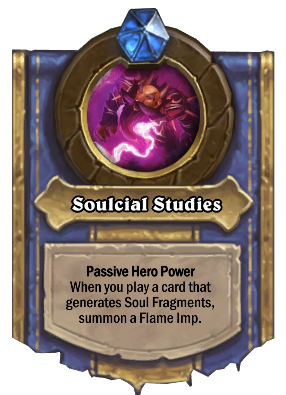 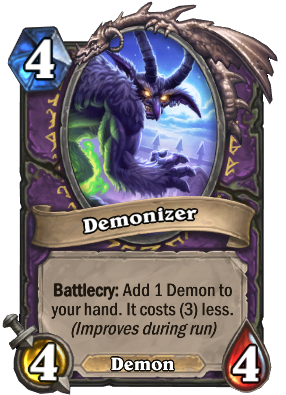 Robes of Protection and Loatheb: the Mind Tether Priest hate is real!

This iteration of Staking A Claim decks runs quite a peculiar set of cards: 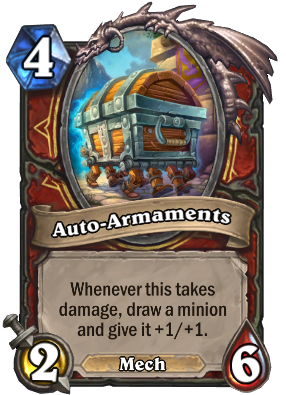