We're coming toward the one-week anniversary of Hearthstone's new Mercenaries, and what better way to celebrate than to give our honest, 100%-accurate review of the game mode?

It's been a long and bumpy road to release, with the reveal stream leaving us with more questions than answers, Blizzard casually ghosting us afterward, and then finally ending with an information-dump PDF a few days before we could play it for ourselves. Some of us gobbled up what information we could, flexing our theorycrafting muscles as we (im)patiently awaited a chance to put our ideas into practice. Others went in as blindly as possible, relishing the opportunity for a fresh experience. And of course the grand Free-2-Play versus Pay-2-Win debate raged ever onward, lines drawn in the sand before we even knew what we were fighting for. But now it's here, and everything is going splendidly with nothing to complain about!...or, maybe not.

The Good: By Fire Be Purged!

Let's start off with the good. TL;DR? Mercenaries is fun: a solid strategy game that's like a mix of Pokemon and Warcraft. Collect some of your favorite Hearthstone characters - and Rathorian - mixing-and-matching them until you have a dominant force that can reckon with anything the computer throws at you. Or bash heads with other players until one side falls over, if you're into that. 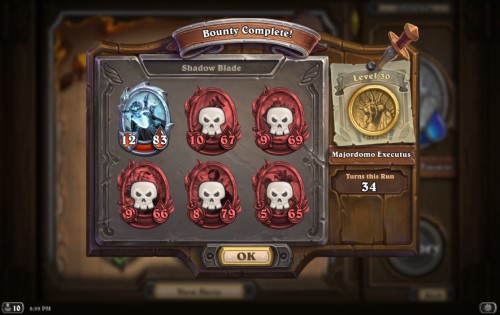 There's nothing quite like winning by the skin of your teeth :D

There's a lot here to satisfy the thinkers and collect-a-thoners within us. 1000 IQ plays, pulling that one Merc from a pack you needed to fulfill the party of your dreams; if Blizzard is good at anything, it's at creating "high" moments for you to experience time and again. And of course the grind, which will have us playing long into the night for days on end as we seek to perfect our team for reasons known only to ourselves. There ain't nothin' wrong with that! The beauty of Mercenaries is that you can take it at your own pace and still enjoy yourself. Some players *might* have gone a little overboard early on, mass-accumulating Mercs day-one until they had only a few left to obtain, but what can you expect from filthy whales? 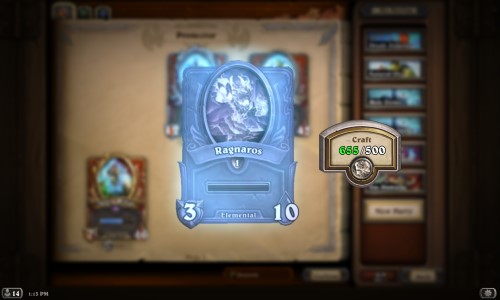 The Bad: The Problem With Portraits

Of course not everything related to Mercenaries is perfect: you don't name your segments "The Good", "The Bad", and "The Ugly" if it's all going great. And there's a big problem hiding in plain view, disguised as a friend: portraits. At first glance portraits seem like (and continue to be) a great idea in theory, another level to the collect-a-thon that'll keep people playing for a long time coming. You can even use Mercs for which you only own a portrait of them! And that's great. The problem stems from two areas: mismanaged information and the ticking time-bomb that-is the preorders.

That is taken directly from the Hearthstone Shop support article about Mercenary packs. Based on the context clues we were provided, many believed you were guaranteed to get a Mercenary portrait - every time - after you owned all the Mercenaries of that rarity. And that is simply not true: if you read the above very carefully, you'll note that a Mercenary is randomly chosen before the roll of which portrait you get: if the chosen Mercenary has all of their portraits unlocked, you get coins, even if there are other Mercs who are missing portraits. If the game rolls a Rare Merc, it will then roll again: if it picked Rokara, and I own all the Rokara portraits, I will get Rokara coins, even if I was missing a Xyrella portrait (or more than that). This leads to the unfortunate situation of opening a pack with all coins, and the odds of that happening will increase as the number of fully-unlocked characters in your inventory increases; it can't be helped.

This is undoubtedly a feel-bad moment, but it's not a sinister ploy to screw you over. Perhaps we need to reorient our way of thinking about portraits; it's less about obtaining a unique card via the no-duplicate protection, and more like obtaining a golden card in traditional Hearthstone. Just because you own all of United in Stormwind's Commons doesn't mean you'll start opening only golden Commons; it just means you'll get dupes (in this case, coins), albeit with the continued chance of the occasional golden Common (in this case, a portrait). They're not 100% the same situation, but that's ultimately the point here: one cannot utilize the Hearthstone pack-opening mindset for Mercenaries, as they are different experiences.

That leaves us with the preorders. Guaranteed to receive a specific Mercenary - Lich King, Diablo, and/or Sylvanas Windrunner - you are in-fact gaining their diamond or gold portrait, not the Mercenary itself on the basic level. While none of this information was hidden, this seemingly-nice freebie creates an incredible, feels-terrible loophole: pulling one of said base Mercs from a pack, which is practically pointless and a complete waste of a Legendary drop. 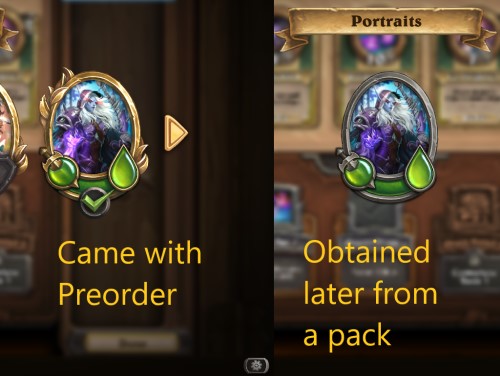 Not shown here: my salty tears...

Why should this be the system? You are long-term punishing players who bought a preorder by leaving open the opportunity of pulling a blatantly-inferior version of the character they paid for. As someone who had the gall to purchase all three preorders, I now know that there are two more time-bombs waiting to go off (TLK and Diablo). This is frankly unacceptable, especially when I do not yet own all the Legendary Mercenaries. Why would I ever want to pull base-Sylvanas - having already owned golden-Sylvanas - when I could have instead acquired one of the three I'm missing: Ragnaros, Malfurion Stormrage, or Gul'dan? And don't get me started on the two Grommash Hellscream portraits I obtained before said Mercs... 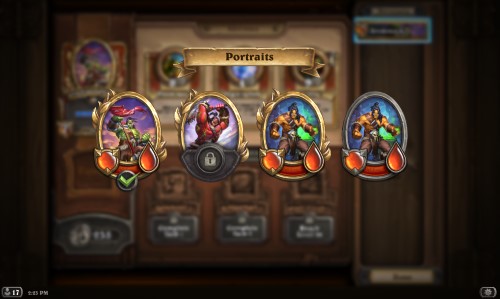 And now I understand how Orcs can become so angry.

The Ugly: The Q is Supposed to Stand For "Quality Assurance"

The idea that a new game comes with some bugs is nothing new; especially in this day and age. That's not what we're gonna talk about in this section. Bugs happen, and it can be difficult to find them all pre-release when you don't have a beta or large QA department. What we're referring to instead are the blatant mistakes and general sloppiness that needs to be cleaned up so that Mercenaries can be presentable and respected.

As many have seen and pointed out, some of the Tasks you are presented with are just straight-up wrong. Jaina Proudmoore's Task 2 requires you to deal damage with "Heating Up"...that's Baron Geddon's first ability. It really wants you to use "Ice Floes", her second skill. Rokara's Task 3 wants us to deal damage with "Surprise Attack", an ability that does not exist. 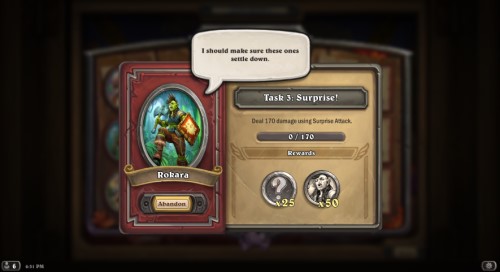 So which ability are you supposed to use? It's a surprise.

Going off of datamined and outdated information, we can tell that Surprise Attack was Rokara's original third ability before it was replaced by Orc Onslaught. So why didn't anyone catch that the Task was not updated to reflect this? A simple read-through of the Tasks should have been enough.

The other sloppy design choice we're making note of is the Horde/Alliance Treasures. Can you tell us, without playing some Mercenaries runs beforehand, who falls under Horde or Alliance? Every single character, without fail? We cannot...partially because some of the answers are wrong. The Lich King is considered a Horde character when it comes to the Treasures, and anyone with a background in Warcraft will tell you the game is clearly mistaken. Even if this were accurate, someone without that prior knowledge would have no way of knowing without trial-and-error, which is not necessarily a good design. Something like a Horde/Alliance/Unaffiliated icon on the Merc cards would have sufficed. Instead, we are left to wander in the dark.

These things are relatively minor, but added together they do not paint the best picture regarding Blizzard's quality checks. Mercenaries had been in development for over a year, and yet some of the pieces still feel rushed. It's strange and disappointing.

Everything in the final two sections could come with a qualifier "yeah, but it's still fun." Because Mercenaries is fun, and with some changes and general fixes we believe a good quality product can arise. All-in-all, we'll continue to play, long into the night, leveling up Mercs and bashing our heads together. And in the end, what more can you ask?

(Not pulling that Sylvanas would be my first request...)

What do you think? Do you find Mercenaries to be fun? What kind of gripes have you had about the mode, and do you think they can be fixed? Let us know in the comments below!