Two new deals have arrived for Hearthstone Mercenaries. Check them out and whether or not we think they are worth it down below.

Do note that we aren't going to take simply grinding tasks into account. We're only going to talk about the monetary value.

The first shop deal today contains a Legendary Mercenary for $5 USD. This is how it works: 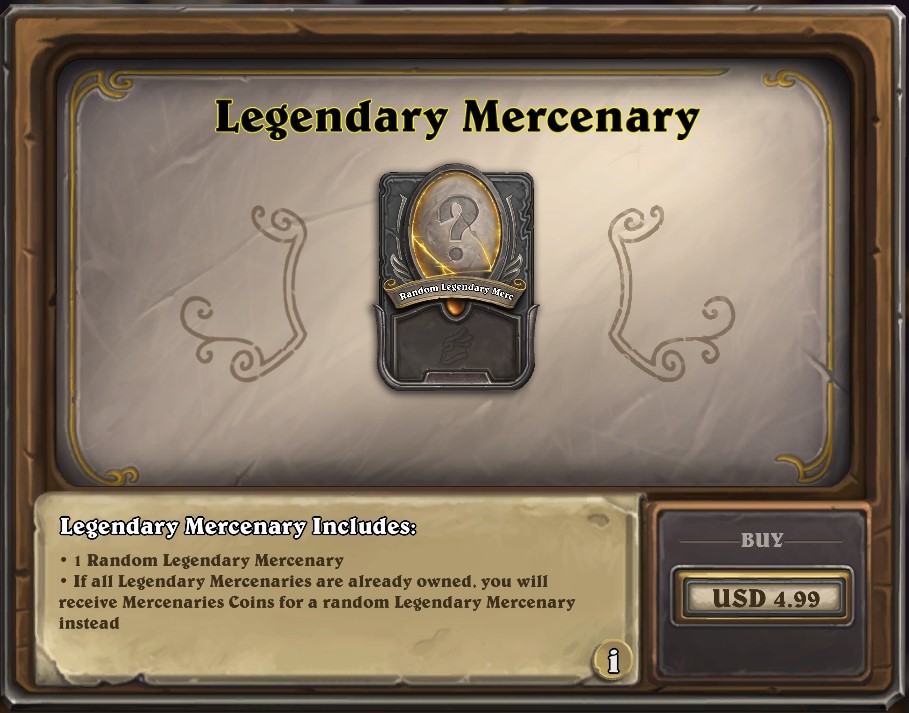 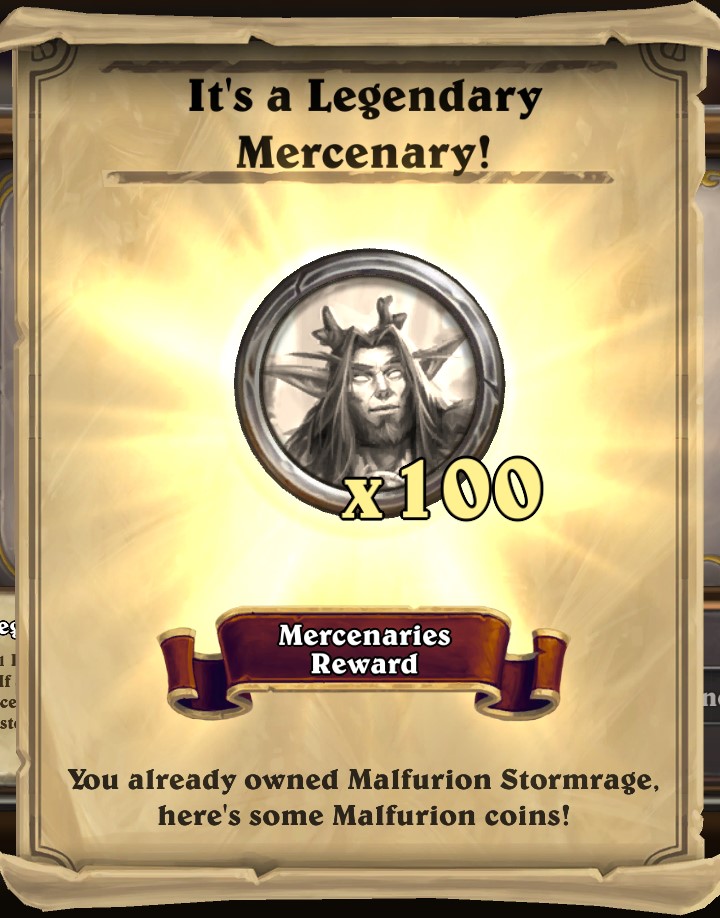 The question then becomes, is this $5 bundle for 100 Merc Coins worth it?

When you consider that it takes 500 Mercenary Coins to purchase a single Legendary, we're talking about an exchange rate worse than regular Hearthstone cards. Let me explain. In Hearthstone when you receive a duplicate Legendary card, you can obtain 400 Dust for it. To craft a new Legendary, it takes 1600 Dust. This gives us a ratio of 4:1. In the case of Legendary Mercenaries, "dusting" a Legendary Mercenary has a value that is 20% of its crafting cost, or a 5:1 ratio. That feels a little bad but its also not the full story.

Where this gets fun is you need to then look at the other paid way of obtaining Mercenary Coins, and that is through Mercenary Packs. Here's what Blizzard says about rates on coins in packs.

A pack can contain one or more drops of Mercenary Coins of any Mercenary, and each drop will be in between 35 and 45 coins.

With that in mind:

That means it would take opening 3 packs to acquire 100 Legendary Mercenary Coins, on average. Then we need to figure out how expensive a Mercenary Pack is. At their most expensive, you can purchase 2 packs for $3 USD. That gives us a baseline of $1.50 per pack at its most expensive. So 3 packs would cost $4.50 USD, or a whole $0.50 cheaper than buying your 100 coins in the shop.

Now, with that said, RNG is a huge factor in packs, especially when we're just talking averages, so this deal might be worth a bit more than 50 cents.

Yeah, sorry that’s not what you wanted, Nate, but this is intended. If you are missing a base, you’ll get that base. After having all base Legendaries, you’d get it auto-converted to coins.

The second shop deal gives us Legendary Coins. You'll get 250 Coins for each of three random Legendary Mercenaries. These can also be for Mercenaries you don't own, so depending on how you look at it, this could be your gateway into obtaining a new Mercenary whether you like it or not.

Is this a good deal? I think its safe to call it a good deal, only if you consider the value of the previous bundle. As noted above, if you already own all the Mercenaries and purchase the random Legendary Mercenary, you will receive 100 coins for that random Mercenary. That puts the value of the coin purse deal at $5 for each 100 Coins, of which there are 750. We did the math and it ends up being worth $37.50 USD. 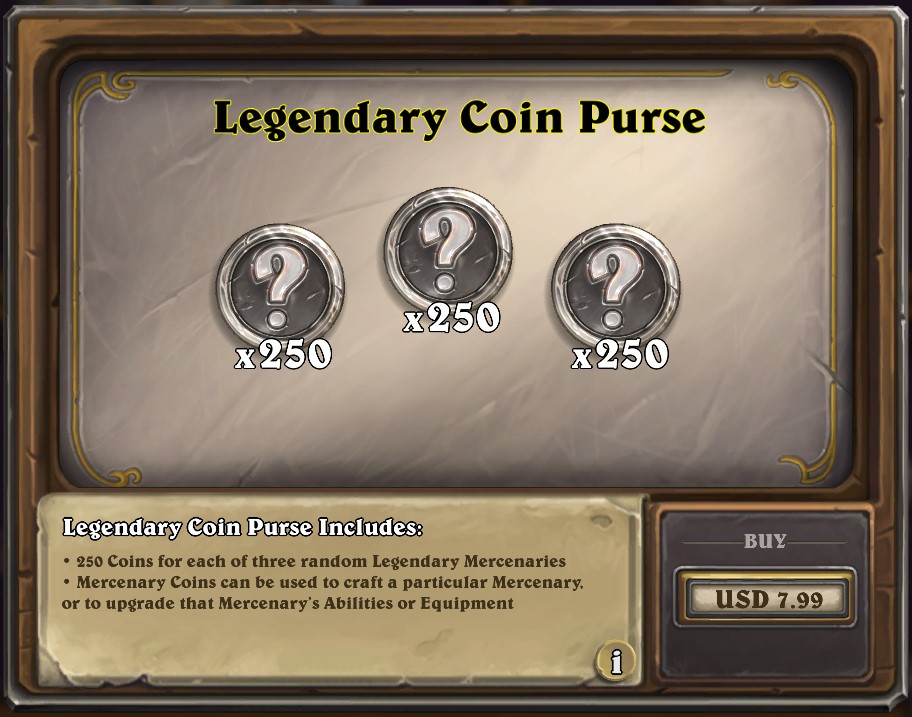