Hearthstone's newest patch has dropped some big news! Alterac Valley is the next Hearthstone expansion which is also the final expansion of the Year of the Gryphon.

Please remember that datamined content is subject to interpretation and may not be accurate. Nothing is final until Blizzard announces it.

Datamining the client reveals two new points of data that give us the Alterac Valley expansion. The first is a new card set that was added internally.

The second is a new type of booster pack that every expansion receives. This indicates this isn't going to just be a mini-set.

This isn't exactly surprising though. With the Horde and Alliance themes for the first two sets of this year, and the Year of the Gryphon roadmap we saw earlier this year showcasing a frosty land with red (Horde) and blue (Alliance) in conflict, we had a solid idea that we'd be visiting the same battleground that features a war between the two factions. Both the Frostwolf Clan, led by Drek'Thar, and the Stormpike Expedition, led by Vanndar Stormpike, claim the territory and have been fighting over it for quite some time. 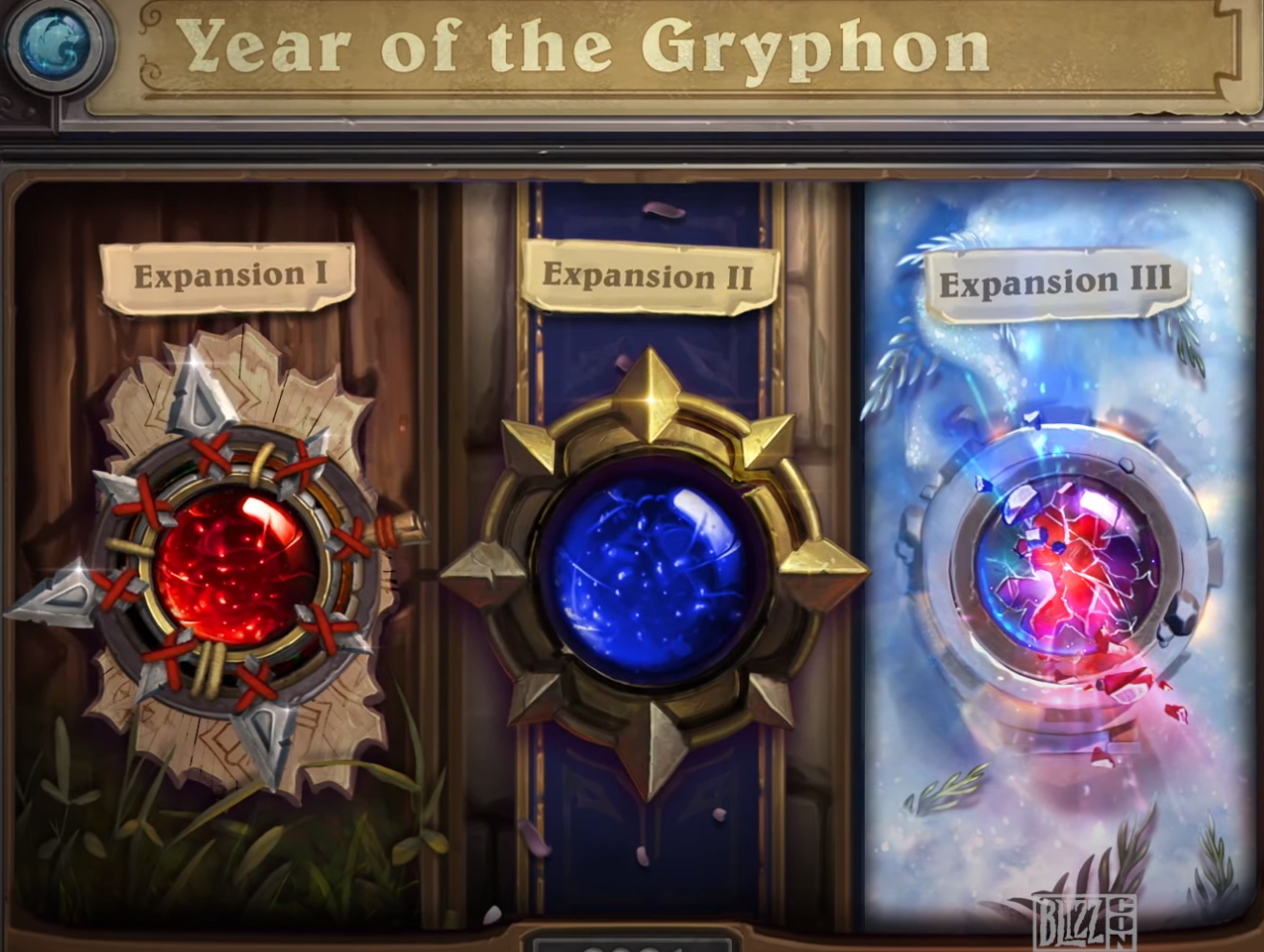 What cards are you hoping to see in the next expansion?