Hearthstone's Book of Mercenaries makes a return with Scabbs Cutterbutter getting his addition in the adventure today.

Completing all 8 chapters of the adventure will reward you with a free Rogue card pack which contains cards from Standard sets. 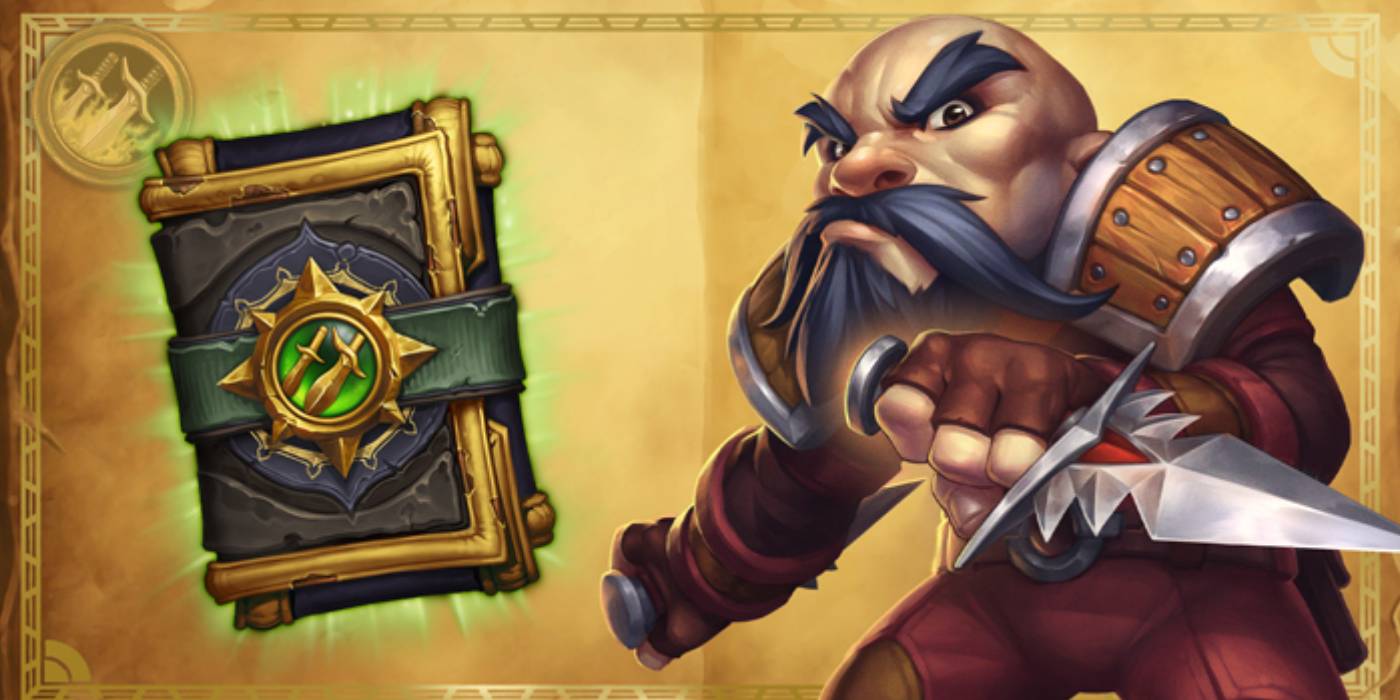 There is a traitor in the Stormwind court, and superspy Scabbs Cutterbutter is on the case! The mercenary rogue's search for the truth will lead him to the depths of the Stormwind Stockade and an unlikely ally. Together they must escape and race to the Deadmines where a band of pirates led by the rebel Edwin VanCleef seek to smuggle the gathered shards of naaru out of Stormwind. Find out where they're headed when Book of Mercenaries Scabbs launches November 16. Defeating all 8 bosses in this linear adventure will reward 1 Rogue pack, containing only Rogue cards from Standard!