Wordle has taken the internet by storm over the past few weeks and with plenty of clones around, it's about time someone made a Hearthstone version!

Wordle is a word game that challenges you to figure out that day's 5-letter word within 6 guesses. As you make guesses, it will tell you whether or not the letters you picked are inside of the word and if they are green instead of yellow, the exact position they are in. People have been sharing their scores on social media like Twitter, to showoff their Wordle expertise.

Here's an example of how yesterday's Wordle started - I picked Arise as my first word. 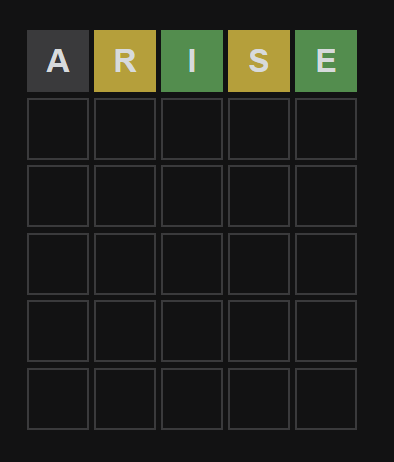 The interface tells me that the word has R, I, S, and E within it, but I was only able to guess the final positions of I and E inside of the final word - R and S are there but in a different order.

Let's look at the Hearthstone way of playing Wordle - Cardle.

Boomemdee created a game much like Wordle but instead of guessing a 5-letter word, you guess a minion name - the game is called Cardle.

There are a few different options you can pick from, including a daily challenge or infinite (random) challenge. Players can pick between Standard, Wild, Classic, and Wild Legendaries as themes of the cards that will be included within your game. 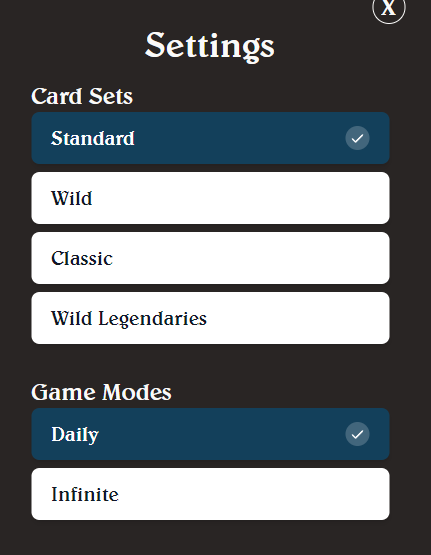 Once you've picked your settings, you'll get to make guesses - but we warned, you only get 7 of them! After you make a guess, the game will tell you which attributes of the card you picked were correct.

I picked Dark Iron Dwarf as my first minion. It wasn't a bad guess!

Any squares that show up as green mean you know the correct attribute. In my example, I've got the set down (Core), I know it is Neutral, and it is a Common. I also know that this minion has less than 4 Mana, less than 4 Attack, and less than 4 Health, since we've got down arrows on all the red squares. What about Raid Leader?

Nope, but at least we narrowed it down a bit more. Guessing Ironbeak Owl gets us a little bit further though!

Unfortunately, there are a ton of cheap neutrals inside of the Core set, and it was probably not very wise of me to pick Ironbeak Owl considering it had the same Attack and Health of my previous choice. It was the first card that came to mind though. Murloc Tinyfin, help!

Gah! It has either 1 or 2 Mana, which again doesn't narrow it down very much at all. The only other card I can really think of is Elven Archer...

OMG! It worked! Looking at our database of cards, it looks like I had 7 different choices I could have made and I picked the correct one. That gives me my first  win in Infinite Standard and a 100% winrate at that. 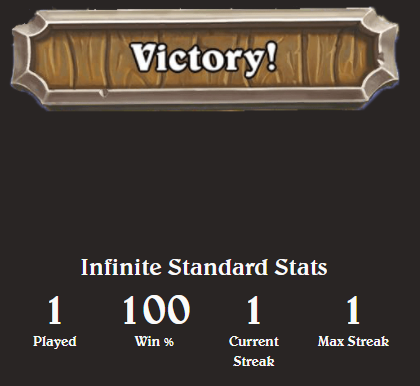 Have you checked out Cardle? Let us know how you're doing in the comments below - but no spoilers if you play the card of the day!