One of the largest - if not the largest to date - Duels updates is right around the corner, and that's always a lot to take in. Even following the release of the quality video showcases and all the detailed patch notes, some questions remained. So we'd like to take this opportunity to go over a few notable pieces of info:

First things first: if you haven't yet had a chance to familiarize yourself with Regis' content, it's as good of an opportunity as any! Yesterday's presentation detailed all things regarding the arrival of two new "Neutral" permanent Duels heroes, with Vanndar Stormpike and Drek'Thar respectively. There is greater context to be found within, on the account of special gameplay scenes demonstrating some of the Hero Powers and Treasures in action. You can already start planning for your own desirable interactions!

As always, Regis has also encouraged people to comment and ask questions, while taking care to get back with answers to a few of them. One clarification stood out in particular:

Q: So will your opponent know what class you’re allied with at the start of the game? is there a way to know before you start playing certain class cards?

Regis: Just got confirmation, they will not be able to tell your class. So you'll have an inherent informational advantage until you show your class.

We encourage checking it out all the way through! But even if you personally don't care much for any visual/audio flavors and prefer your information in a written form, there's always that option to let something run its course on the side in a separate tab - it's not like the YouTube algorithm can tell whether you've been diligently following along... or so one should hope. It's as fine a form of creator support as whitelisting one's approved websites.

And that's not yet everything we get to see from RegisKillbin's camp. He also had an opportunity to sit down for a chat with the one and only Tabayrak - Associate Game Designer on the Hearthstone team, and one of the people spearheading the whole Duels mode with its passionate, dedicated community.

The video has only just been published today. We are providing a small recap below, but it's definitely worth it to tune in for some good laughs, all the extra context being provided, and simply to admire a set of glorious beards:

Why Not 10 Brand New Heroes?

New Duels Season on the Horizon

We've mentioned that before in passing, and a relevant line has also been included in the patch notes. If you've been playing Duels over the past few weeks, the in-game countdown would've been hard to miss. Even though it seems to be slightly off: 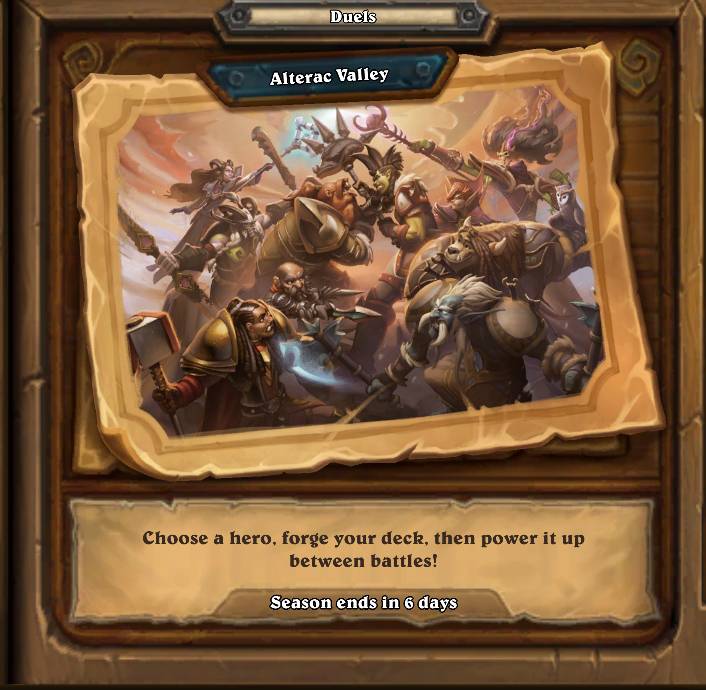 We already know that 22.2 patch is due on January 25, which technically leaves us with only 4 days to go. Perhaps that's just a small remnant of the original schedule they never got a chance to adjust. In any case, this marks the second time in Duels history where active Heroic runs should be automatically retired and compensated (X win rewards + Tavern Ticket) once all the changes go live.

Everyone with a current run when 22.2 goes live will be retired.

Just to clarify, will it give a ticket aswell? Only for Diablo or for all classes?

That counts as early heads-up. We will make sure to post our usual friendly reminder about Tavern Ticket refunds before the patch is due!

There is one new Treasure that wasn't covered in the above interview, yet already saw a lot of players expressing their doubts and concerns over its assumed power level: that's Shadowcasting 101, of course. Duels regulars have quickly started coming up with a lot of potentially problematic scenarios where using certain minions might create nasty chains every turn - think Snowfall Guardian, Mordresh Fire Eye, Grey Sage Parrot, etc. - and worrying this might become even worse than the Meek Mastery meta was at the height of its power. 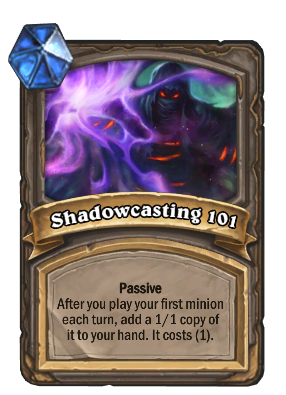 It certainly comes across as something that might eventually have to become Ultra Rare at the very least, and the generated copies could perhaps use some variation of an Echo keyword to make them vanish into thin air at the end of one's turn. We'll get a chance to confirm all such suspicions before long, but meanwhile Tabayrak was quick to reassure everyone:

This card will be under mega scrutiny among with a few others. Expect IF this is a miss we will adjust accordingly. You know Brad and I take feedback very seriously.

The feedback has been super positive and we are really excited for people to get their hands on the content. Although we agree that the treasure is very spicy. We do stand by that this is not in need of an immediate fix. In other words play it do crazy stuff and have fun.

I like to believe we have a very strong track record of adjusting duels when something toxic pops up. We want duels to be the best it can be so trust if this prevents that- it will change.

The sky isn't falling just yet - but in case it begins to, it'd be good to keep these words in mind while offering (polite) feedback. Ates has also remarked that "pool 1 passives are a bit more random", so it should be far more difficult to tailor decks specifically towards ensuring Shadowcasting 101; unlike back in the day when the deterministic approach towards Treasures prevailed.

Just recently, a very dedicated Duels player named Andy Guo has achieved a very impressive feat that might've seemed quite unrealistic at first - a rating of 14k in Heroic Duels (apparently for the second time now!). As far as we know, nobody could make this kind of claim before while providing undeniable proof. With another 12-win run completed while already at this highest level, it also counted as a confirmation of this being the current max ceiling.

omg, I have reached the up limit. There is no points even with 12wins.14000 is the top, no one could beyond that.

last time I reached to 14000 just before they reset, so I couldn’t find out. And I remember that 12 wins give me about 30 points.

Incidentally, we know from the previous and the current season of Mercenaries PvP leaderboards that 14k rating is also the max amount that could be achieved over there (just the matchmaking and other aspects of that game mode have made it easier for multiple people to climb as high and remain at the top consistently).

This is also your reminder that the leaderboards still don't support any kind of live rating tracking for Duels. Tsk, Blizzard.

Only a few days remain until the new Duels world order! We hope you are more than ready.