The big day is finally here! We've known what to expect for a little while now, courtesy of Blizzard releasing the patch notes for the current 22.2 game update ahead of time on January 20. Since then, there's been a few small additions to the list (mainly Duels related), with either expanded or improved wording in a couple of other sections. Here's the relevant link for reference:

We'll highlight all the new lines below and discuss them briefly; as well as be ready to update this post in the unlikely case that our patched game clients show anything else not previously mentioned appearing under the Battle.net notes.

Update: It took quite a while due to various issues, but the patch should be finally available on all mobile devices!

Joining the already long list of the new Heroes and shiny things are a couple more banned cards and a fairly important adjustment regarding the offerings of Pool 2 Treasures.

We've known and rejoiced about Embrace the Shadow since our Duels news recap, but Ignite and Korrak the Bloodrager weren't nearly as expected or requested to join the Ban list. It could be potentially good for long-term health of the game mode, as both cards allowed for certain awkward strategies and 'infinite' value. 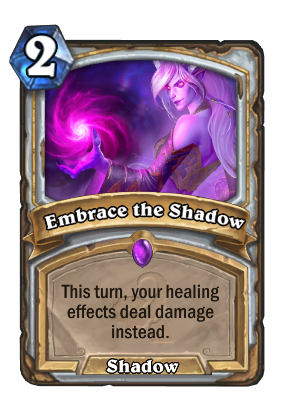 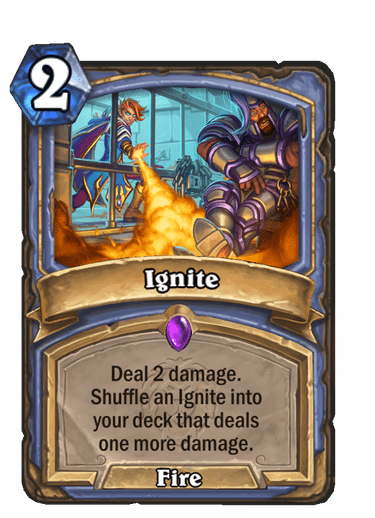 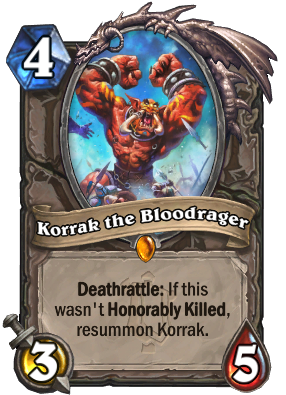 Duels have had a strange relationship with Treasure offerings. It all started out pretty random, then eventually a new tech was developed for the presented options to more regularly synergize with the cards in player's deck. But the system went too far at one point, with clever folks being able to game it by including certain cards in their starting decks and increasing their odds of finding particular overpowered Treasures more often than not. And so things have become less predictable once again. Now here we are, trying this whole "more deterministic choices" angle once more.

It's just Pool 2 for the time being, as Duels desginer Tabayrak has noted that Pool 1 Treasure offerings should be a little more randomized (potentially a good thing with Shadowcasting 101 around). Hopefully nobody finds a way to bend this system to their advantage.

[Updated] Hearthstone’s annual Lunar New Year celebration is coming soon, featuring legendary quests, and more! Look for more information about the celebration in the coming weeks. In the meantime, start the celebration early with the Dancing Lion Card Back, available for free in the Shop, starting on January 25!

A potential small delay? The actual Lunar New Year of 2022 (also commonly referred to as the Chinese New Year, even though it's being celebrated in various other countries nowadays) is set to begin on February 1 as the Year of the Tiger. On a side note, the free Dancing Lion Card Back arrives as a winner of the previous competition.

We have a little more (datamined) information about the upcoming legendary questline here.

The relevant section has been expanded to state the following:

Looks like the other game modes are getting a little more love and entering the spotlight, so now we should be able to better tell what our friends are up to.

As for the usual vague listing:

Be on the lookout for any other quality of life changes that might not've made it into the listed patch notes, and let us know should you notice something new! As Associate Test Analyst for Hearthstone Daniel Duffin was quick to point out, there is always more than we are initially aware of:

You know the crazy thing is these are just the important ones. There are always more than what makes it into the patch notes.

This one isn't really relevant to the patch 22.2 as a whole and didn't really warrant its own article at the time as very minor news - but if you've logged to a vague card back notification during the past weekend and still haven't figured out what exactly was it all about, here is that explanation:

After we sent the Card Back, we discovered that there is a bug in our Card Back notification code where instead of showing the Card Back that was granted, the notification showed the player’s favorited Card Back. We’ll be looking into that and fixing that bug in a later update.

We won’t be taking anything away to correct this. Instead, we just did another grant to add the Winter Veil Treat Card Back to the accounts of anybody who meets the criteria above.

To avoid further confusion, we did not send a second login notification using the bugged Card Back notification when we did the second grant. Both grants have already been completed for all affected players in all regions, so this issue should be resolved at this time.

Hope you had a chance to keep a Heroic Duels run around and grab your free rewards and Tavern Ticket that we've been warning about. If not, you might still have that chance if you follow a certain tip! As long as your game client hasn't been fully updated, you get to remain within the previous patch iteration (and tend to be paired with players who are in the same position). This is especially relevant for mobile devices where big patches generally happen several hours down the line. It could still be possible to get something going there.

Enjoy the big content update of patch 22.2! Which game mode do you plan to jump into first?