Has everyone been enjoying the new patch? I've been enamoured with the new Battlegrounds content myself, but hopefully Standard and Wild players are pleased with the new meta they can develop. Mercenaries... well, I was a hold out for that mode for a long time, so I suppose I should check out the new stuff before I judge it too harshly. I think it needs a lot more work than just a couple new Mercenaries to spice it up though.

Conversation this week has me actually talking about something for once! Shocker, I know.

What a steal! We ended up with two winners in our Legendary Loot competition, so they'll both be in charge of next week's theme.

Congratulations to Wailor with their Horn of Cenarius... 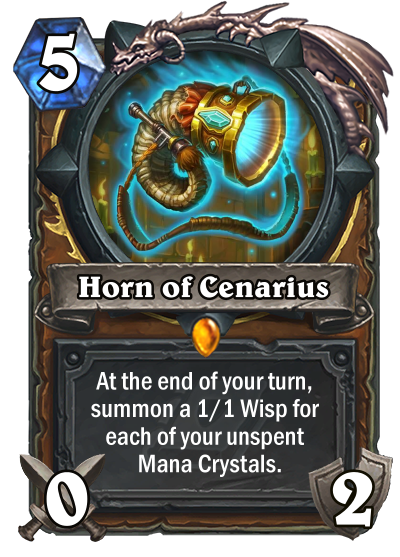 ...and to linkblade91 with their Locket of Teleportation! 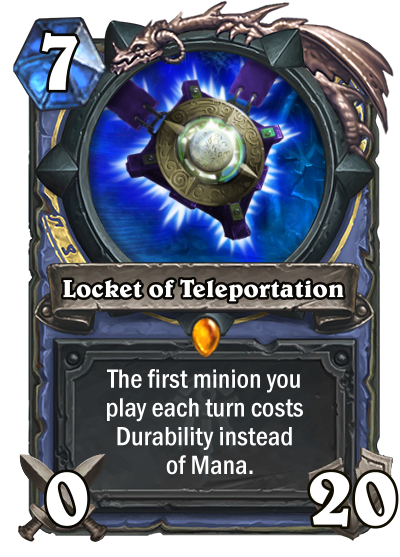 Can't wait to see what ideas we'll have for next week!

I mentioned it briefly at the start of last week's Conversation, but I'm in love with the latest update to Battlegrounds - the Buddies!

For those who don't keep up with the mode, the Buddies are a new system where each Hero has their own unique unit. Over the course of the game you earn points towards getting a copy of it - by destroying minions, winning fights etc. - and then towards getting two copies of it (for three total, enough to Golden it if you hang onto the original).

They've been hugely fun to play with, and while there's definitely a lot of balancing that needs to be done the important aspect of them in my eyes is how well they facilitate balancing. They've added a whole new dimension for Battlegrounds to be balanced around, as each Hero can now have their Buddy tweaked in addition to their Hero Power (and Armor, if and when that system returns).

When designing a card, each individual aspect of it is a knob you can turn to raise and lower the powerlevel - or sometimes to change the function entirely. The recent Rapid Fire nerf, for example, tweaked both the cost and the damage up a little; while ostensibly very little has changed about how the card plays, in reality the use case of it has been drastically altered because it no longer slots into Odd Hunter.

In comparison to an individual card (or Battlegrounds minion), Battlegrounds Heroes had relatively few balancing knobs. At the start, it was just their Hero Power that could be changed at all, meaning you only had one cost and an effect to play around with; we've seen before how that hasn't been enough for some heroes, with the likes of Nefarian and Tirion still completely MIA. Down the line we had the Armor system added, a great new vector to allow underperforming Heroes to gain a little extra survivability.

Buddies are another great system to help fine tune balancing. A Hero with a stronger Hero Power can have their Buddy nerfed a little to compensate, and vice versa. I hope that the experiment is a success for them, because I'd love to see it expanded further with more Buddy options down the line.

It's time to see who the belle of the Brawl is in this week's Competition; click the banner to submit your suggestion!