Right before the release of the recent major content update with Hearthstone Patch 23.2, we shared a statement from Modes Design Lead Matt London, who wanted to assure Arena fans that proper updates weren't far away. True to his word, we can expect said hotfix patch to hit the live servers anytime soon:

Team is putting together a hotfix patch that will include a bunch of Arena adjustments and bug fixes for all modes. (Planning to launch this afternoon/evening)

A server-side hotfix means no additional downloads should be necessary, but you might have to restart your game (or wrap up your current run, as far as Hearthstone Arena's drafting process is concerned) for everything to properly take effect.

Besides the expected micro-adjustments to the appearance rates of a number of cards (both class ones and Neutrals), there are 14 of them being excluded from the drafting altogether. While at it, the team has also decided to share their larger focus plan for the Arena mode going forward.

Other than that, this patch also brings us a handful of smaller hotfixes:

Additionally, the following cards will no longer be able to be drafted:

Developer Comment: This Arena season, the gulf between the best and worst performing classes has been particularly wide. To bring class win rates into an acceptable range, we are using a new form of card appearance frequency balancing. This method is still under development, but the team is rolling out a version now to address immediate issues. This method is a work in progress, and more adjustments will follow if this round falls short of our goals.

Additionally, we are removing some weak cards and low-performing synergy cards from Arena. We hope these changes reduce the number of draft picks with no good options. Long term, we want build-around cards and synergy decks to be viable strategies, but we need an Arena environment designed to support that goal. The team is exploring options now.

This is the start of a new era for Arena. Going forward, the team is committed to a planned balance update shortly after each Hearthstone content patch, plus additional balance updates as needed.

Matt London also had some detailed context to offer, while going over the patch notes shown above.

On the topic of lowering the odds of seeing certain class cards:

On the overperforming Neutrals:

We're continuing to monitor some of these outliers even as we reduce their appearance rate. Yes, you will still see Gangplank Diver, Knight-Captain, Mothership, Raid Boss Onyxia, and other powerhouses, but not as often.

On the 14 cards banned from drafting:

We're looking into ways to reward drafters who try to "live the dream" but in the meantime, we want fewer unplayable cards to show up in deckbuilding.

On the future approach:

We're going to keep working at this until we get it right. Thanks for your patience and feedback. Have fun in Arena!

Is it possible to still allow mammoth in mage? I find sometimes i get a ton of fire spells and mammoth is actually good.

This is something we looked at. You could say the same thing for Helmet Hermit in Priest, or Crossroads Gossiper in classes that benefit from it. There's a plethora of Neutral cards that would function better as class (or tri-class) cards. Need a plan, not cherry pick.

You could say it's been a long time coming, as Arena ended up becoming even more neglected than usual ever since the departure of Hearthstone Data Scientist Tian Ding. It took quite some time for Team 5 to restructure itself and reorganize the workflow, now with a dedicated internal group taking care of these things. We've had a little insight into this ongoing process through the occasional mentions from Iksar's Q&As.

This is very much the first step, but at least the team seems committed to keep at it with their new in-development method. As Matt London notes above, there isn't one simple solution to solve the problem of particularly swingy cards (in Arena terms) - unless they decide to outright ban them. So we are probably not done seeing an occasional complaint about the likes of Knight-Captain or Gangplank Diver. 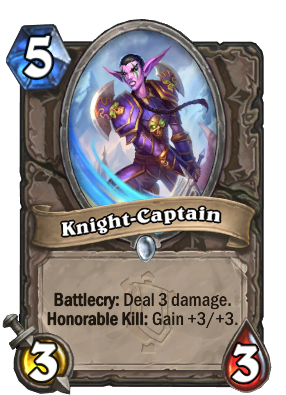 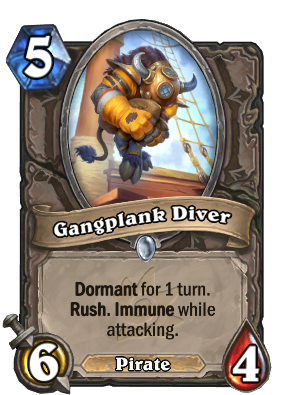 Drafting for synergies and build-around cards can be a divisive concept to a subset of players caring about a certain "purity" of the 'randomized' Arena experience. In what now feels like a distant past, there was a system of synergistic buckets in play, grouping similar power level cards together for the drafting purposes (and thus making most choices harder). Which ended up being fairly contentious, to put it mildly; eventually leading to the end of that phase and the mode returning to its roots.

Nowadays, it's very much a hit-and-miss approach. You may very well hardly ever manage to find more than a few Mechs, Dragons, or Beasts (or as it stands currently - Naga) for the tribal or spell cards that play off one another to matter enough. Discover keyword remains very powerful as a potential effect to uncover your 'free Legendary card' ticket.

For the record, if you don't follow the ebbs and flows of Hearthstone Arena too closely: we've had enough data from HSReplay to go by - as well as the community sentiments and observations - to know how various classes fared within the game mode ever since the release of Voyage to the Sunken City and the accompanying new Arena rotation. The most recent snapshot demonstrated the following power level spread:

The final trio have suffered a rather abyssmal fate as of late. Of course, these numbers tend to fluctuate on any given day or week (Druid used to be even farther ahead, Hunter was even lower at one point), but generally not as massively.

So it will be interesting to see how everything shapes up a week or two from now, as the patch adjustments usher in a (presumably) vastly different landscape. And also with the Modes team's renewed willingness to step in as necessary. 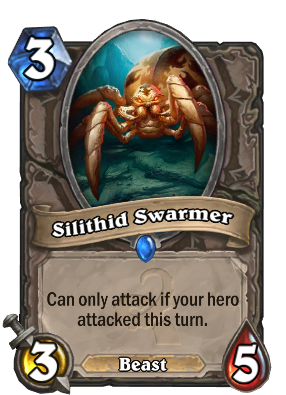 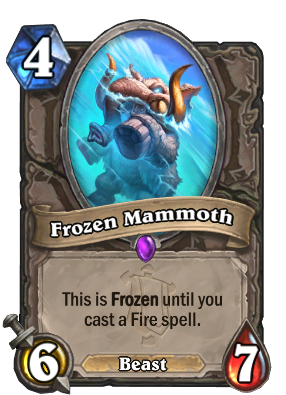 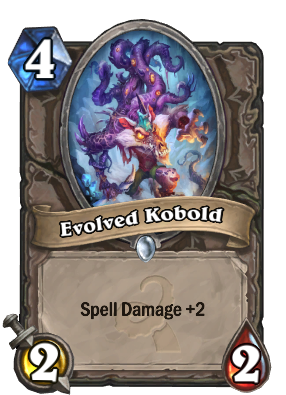 Are you glad to see some form of Arena restoration commence? Did you expect anything more, or even less? Going to miss any of the banned cards?