BlizzCon is almost here and we're celebrating the event with a special BlizzCon Bingo!

We've created a bingo card that we'll update throughout BlizzCon with some key topics we know we'll be able to hit and others that we remain hopeful about. We've included topics from all of Blizzard's titles and even the show itself with the goal that we'll get as many lines as possible. Check out the card below! 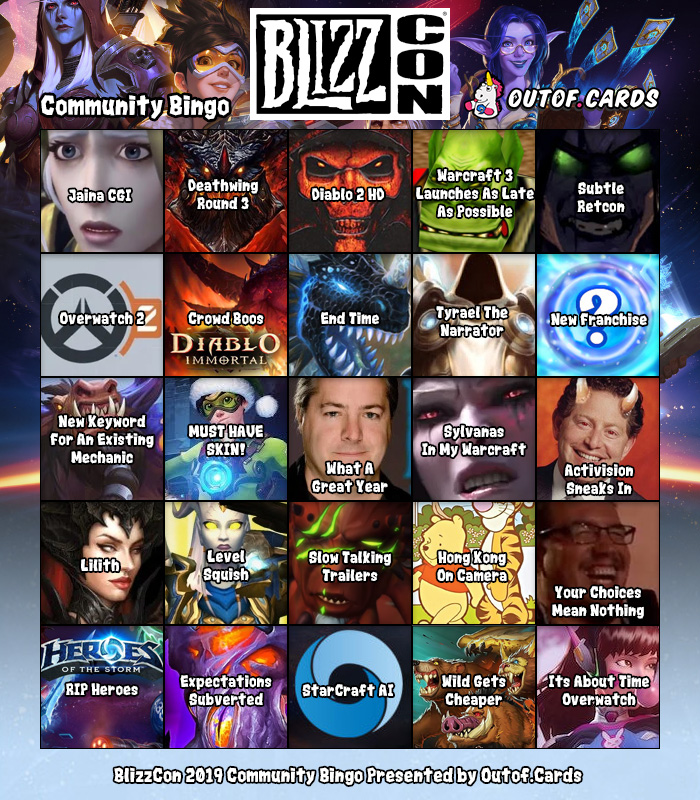 How many lines do you think we'll be able to get? 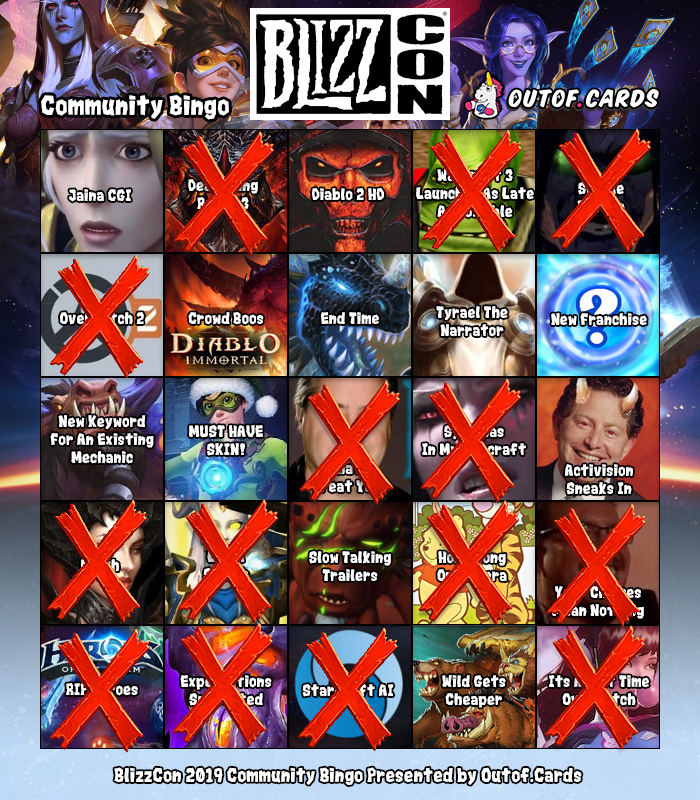 Some of the squares may not be immediately understood at the criteria we've created for them - bingo cards are only so big! Here's what needs to happen for us to get credit.