Blizzard and Upperdeck, the company that originally printed the World of Warcraft Trading Card Game, have teamed up to celebrate Blizzard's recent 30th anniversary with a set of "e-Packs".

Additionally, you can collect and combine 3 copies of any individual Blizzard 30th Anniversary digital Base Set card to receive an e-Pack exclusive digital Gold Parallel card. 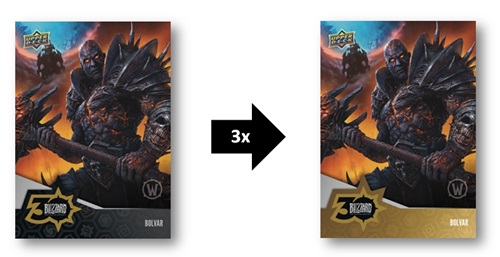 Additionally part 2, you can collect and combine 6 copies of any individual Blizzard 30th Anniversary digital Blizzard Vault card to receive an e-Pack exclusive Blizzard Vault Jazzy Parallel of that card with the ability to have the physical card mailed to you. 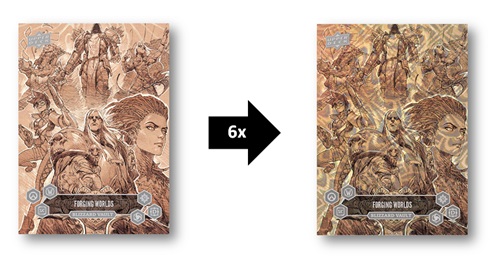 Here is what a 24-card e-Pack I opened contained:

Collectors who complete the following sets on Upper Deck e-Pack® and elect to redeem them for the respective achievements will receive the following e-Pack exclusive cards with the ability to have those physical cards mailed to them.

If you create an Upperdeck e-pack account on upperdeckepack.com, you can purchase a free pack seemingly every day in the store. You can choose the Blizzard 30th Anniversary from this. 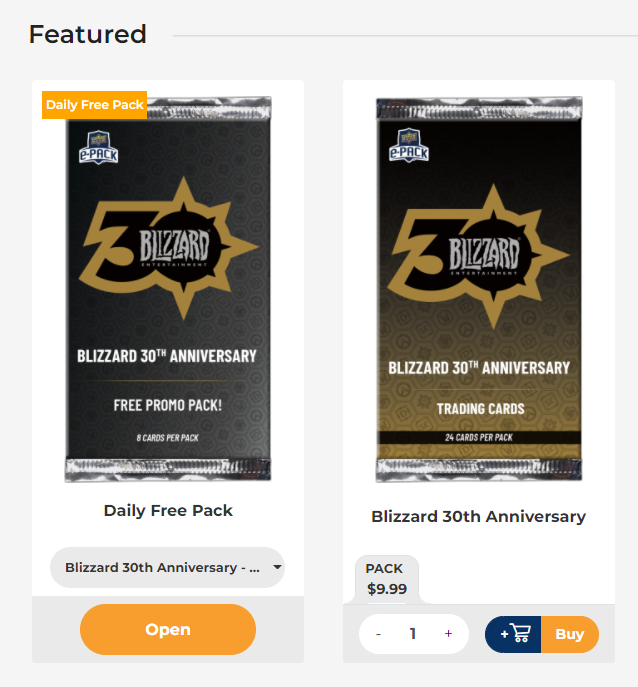 Here's what I received in my free e-pack.

The reverse of the cards tell you the game the character is from, and a description of them. This is Jaina's card from Hearthstone. 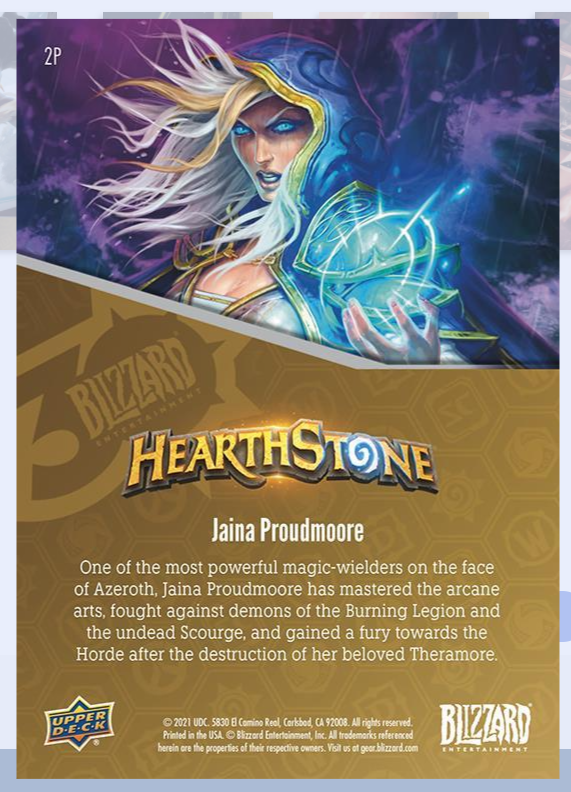 Are These Worth Buying?

Eh, if you want to grind out some of them to get physical cards mailed to you for collecting, sure. Otherwise, save your money because they have no use!

Update March 25 9PM Eastern: We've added a clarification to the press release that was provided to us.
"This new release in gaming-based collectibles will include a 21-card Base Set and will also feature a 50-card Blizzard Vault insert celebrating original concept art from Blizzard Entertainment games."

CARLSBAD, CA. (March 23, 2022) Upper Deck and Blizzard Entertainment bring fans of trading cards and video games together. Fans of World of Warcraft®, Diablo®, StarCraft®, Heroes of the Storm®, Hearthstone® and Overwatch® now have the chance to collect their favorite characters and celebrate over 30 years of Blizzard Entertainment.

The launch of the Blizzard 30th Anniversary Trading Cards arrives at UpperDeckEpack.com today. Fans will be able to purchase 24-card digital packs for just $9.99. This card set features a comprehensive cast of characters from Blizzard's games.

This new release in gaming-based collectibles will include a 21-card Base Set and will also feature a 50-card Blizzard Vault insert celebrating original concept art from Blizzard Entertainment games. Collectors will get the chance to pull Base Set Variant Cards and Blizzard Vault cards in each pack. The Vault cards will feature original concept art of iconic Blizzard characters. Additionally, there will also be a chance to get rare inserts, which include Autographed Classic Logos numbered to 25.

"We're really excited to cap off the 30th Anniversary of Blizzard with this limited-edition card set." Stated Paul Bradford, the Associate Brand Manager from Upper Deck, "This product has been an incredible opportunity to work with some of the most beloved game titles of all time and create incredible new collectibles, like new original artwork and signatures from the amazing Samwise Didier!"

Collectors will also be able to acquire a Blizzard e-Pack Avatar if they collect and redeem a complete set of base card variants. The first 100 collectors to complete the Gold Parallel set can then choose to redeem a special Autographed Achievement card featuring Samwise Didier and the Lost Vikings.

Best known for blockbuster hits including World of Warcraft®, Hearthstone®, Overwatch®, the Warcraft®, StarCraft®, and Diablo® franchises, and the multi-franchise Heroes of the Storm®, Blizzard Entertainment, Inc. (https://www.blizzard.com), a division of Activision Blizzard (NASDAQ: ATVI), is a premier developer and publisher of entertainment software renowned for creating some of the industry's most critically acclaimed games. Blizzard Entertainment's track record includes twenty-two #1 games* and multiple Game of the Year awards. The company's online gaming service, Blizzard Battle.net®, is one of the largest online-gaming services in the world, with millions of active players.

* Sales and/or downloads, based on internal company records and reports from key distribution partners.