Hello everybody and welcome to another Fan Community Spotlight. Today I've got a little treat to pass the time while we still have two more days before Voyage to the Sunken City launches on April 12th. This time, things get a little bit scientific. What we've brewed up for you is The Alchemy Symposium from VexMagic making her second appearance on the series.

The Alchemy Symposium is an expansion that is focused on concocting some bizarre creations and studying some mad science. Along the way, you'll see some Elixir cards, the new keyworded mechanic of the set. Elixir cards are cards that have a continually ongoing effect that affects both players until a certain amount of turns displayed on each Elixir card are up, though they will also disappear if another Elixir card is played before the timer expires. 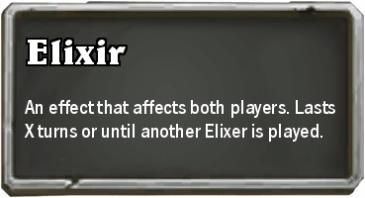 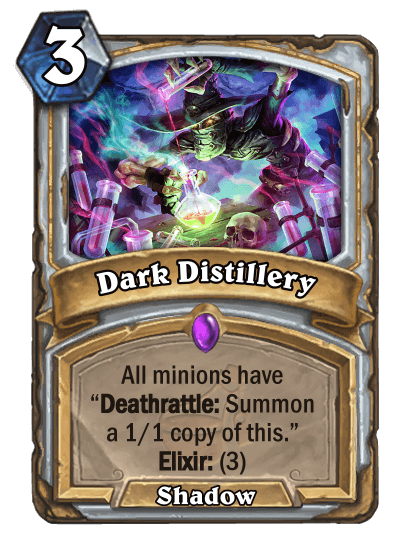 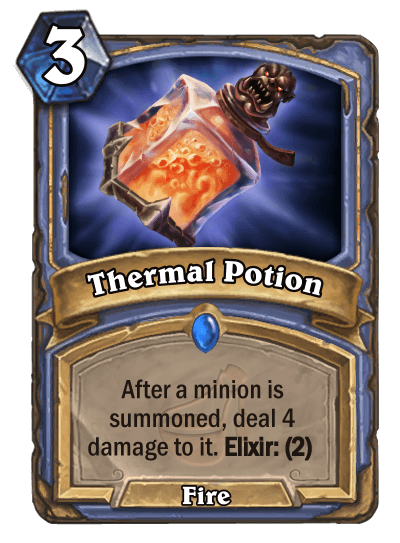 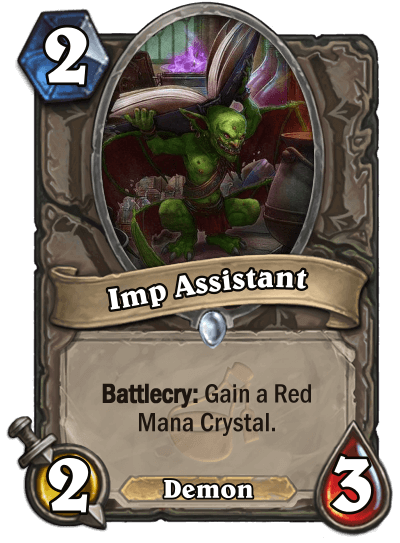 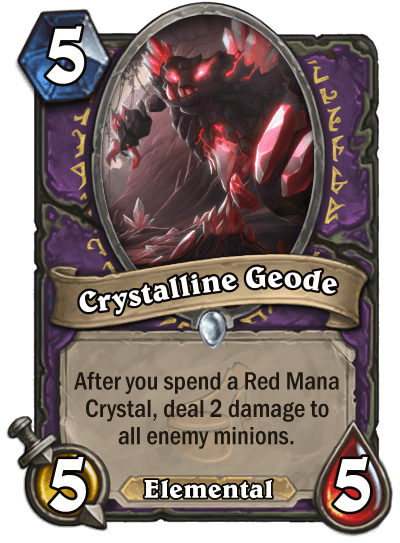 An example of how Red Mana Crystals would be displayed in-game.

This is certainly a very mechanically unique set in terms of what I've covered on the series so far, but this where I stop now and hand the spotlight over to VexMagic to see how she brought this expansion to life.

VexMagic: "The set takes place at a science convention, known as The Alchemy Symposium. The inspiration came from me wanting to make a custom Alchemist class since I enjoyed making the Illusionist. After working on it a bit I decided to change direction and make it into an entire expansion instead." 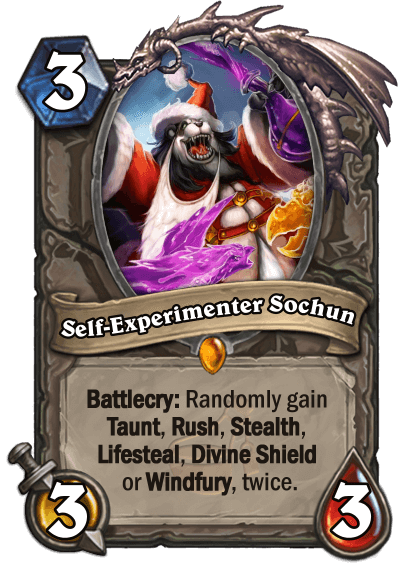 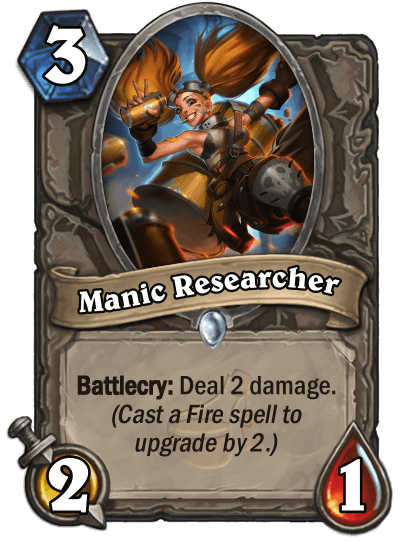 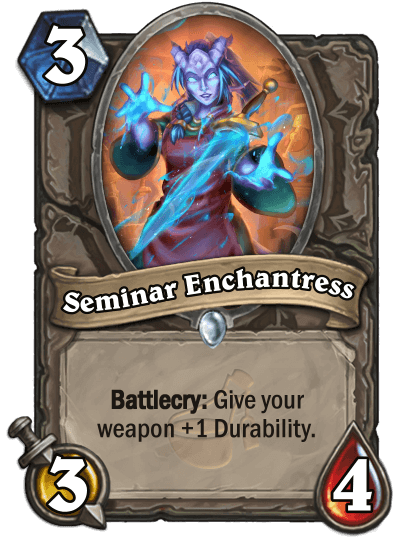 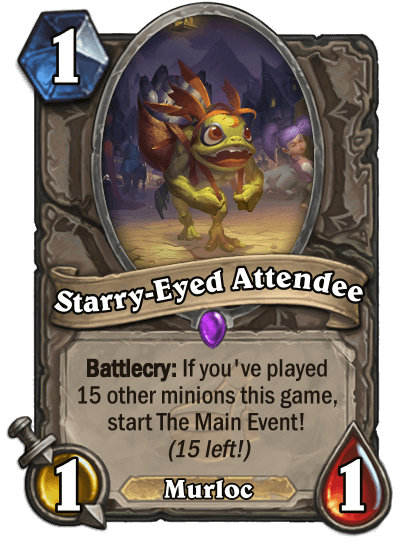 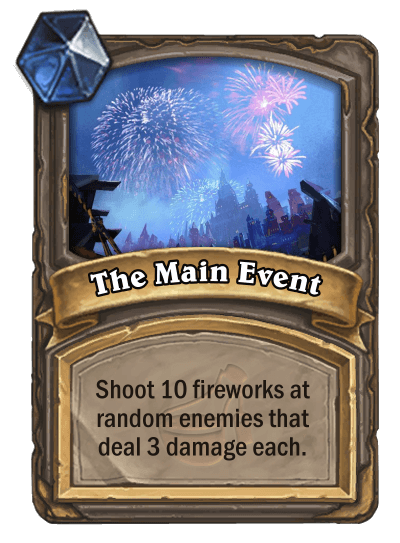 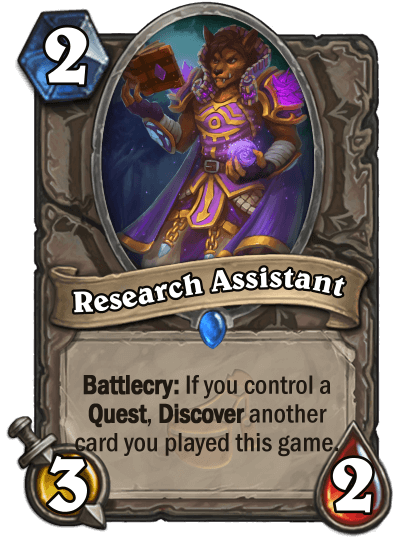 What is your inspiration for Elixir and Red Mana Crystals?

VexMagic: "The inspiration behind Elixir, the expansions keyword, came from when I was doing research on how alchemy worked in WoW. Elixirs had effects that lasted a while and Potions effects were instant. I decided to show this by making Elixirs temporary passive effects for the player. I then had to change it since the Alterac Valley expansion did the same thing with its location cards. That is how I got to the version of Elixirs now that affects both players at the same time.

I was having trouble deciding on the theme for Warlock until I remembered the scrapped Red Mana mechanic from Gadgetzan which was already related to alchemy. The idea I settled on was one use mana crystals that dealt 1 damage to your hero when used to emphasize the corruptive nature of them." 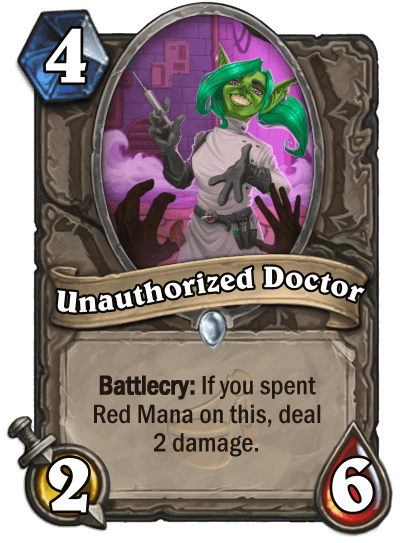 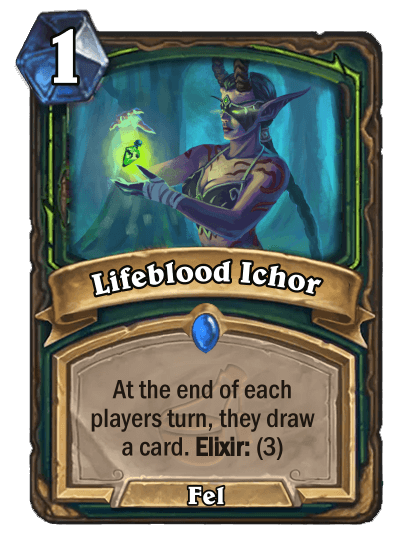 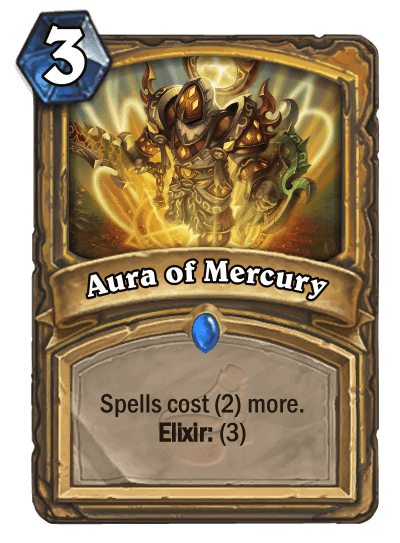 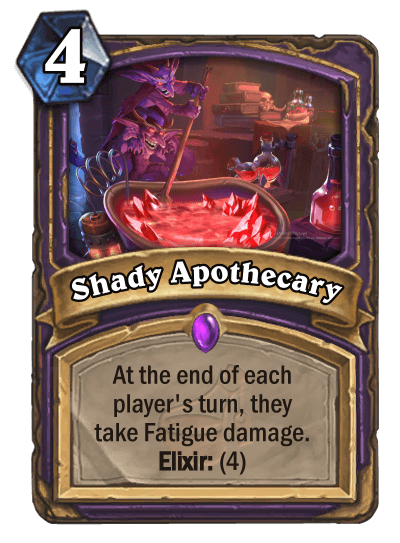 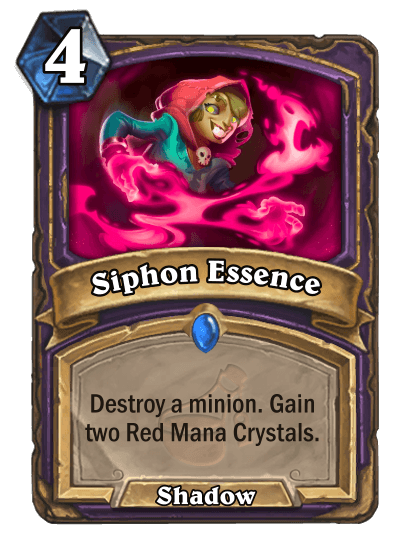 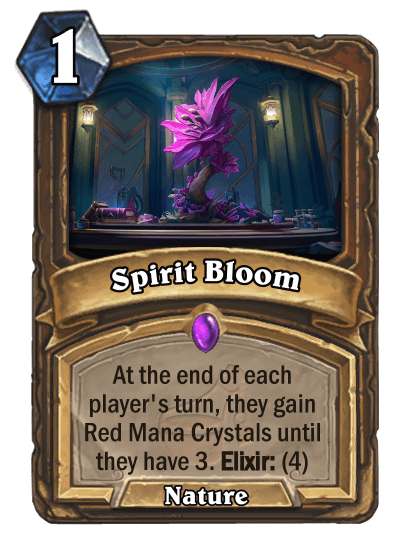 What ended up being the easiest or hardest classes to design for in the set?

VexMagic: "Hunter and Warlock were easily the hardest to make. I originally stopped working on the expansion because I had a lot of problems figuring out how Hunter's poisonous archetype would function." 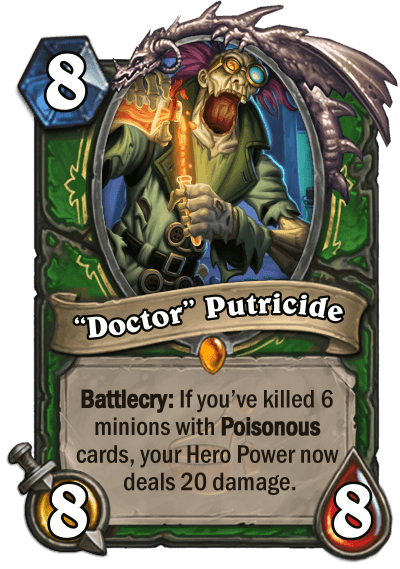 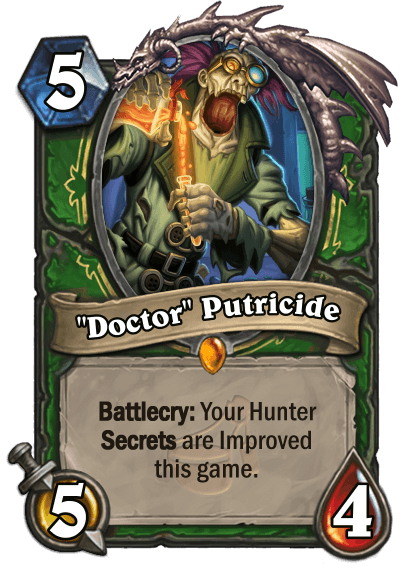 Left = Old version of "Doctor" Putricide that got cut from the set during development.

Right = Version of "Doctor" Putricide" that made it into the final product.

VexMagic: "The expansion didn’t originally have the quest that it has now. When I returned to making this expansion after giving up on Hunter for a while I thought “What is the simplest way I can support a weird archetype like Poisonous Hunter”. Then it hit me. I could make a quest! This turned out to be a really good idea since it clearly showed what aspect of alchemy each class would focus on. They are all flavored around big projects to discover some legendary substance or material to be able to show it off at the convention." 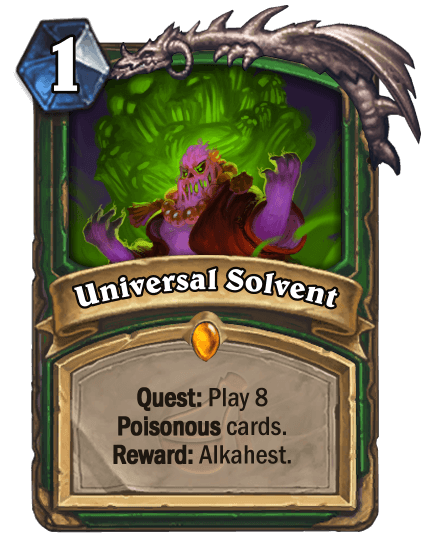 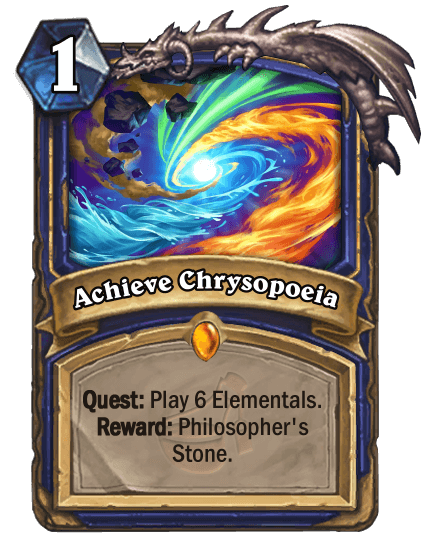 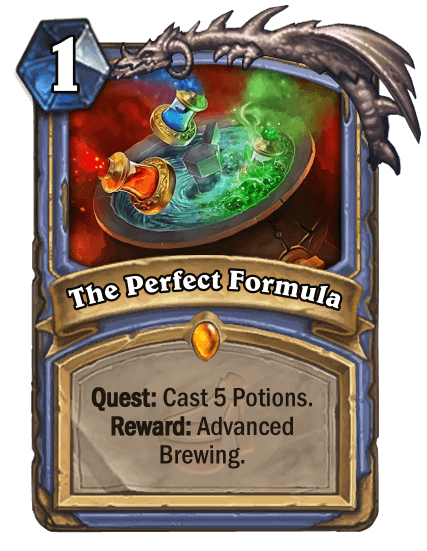 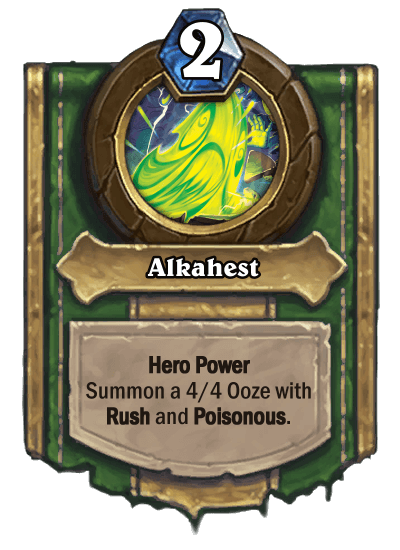 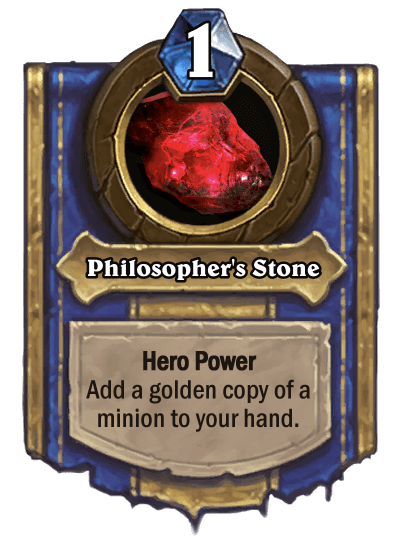 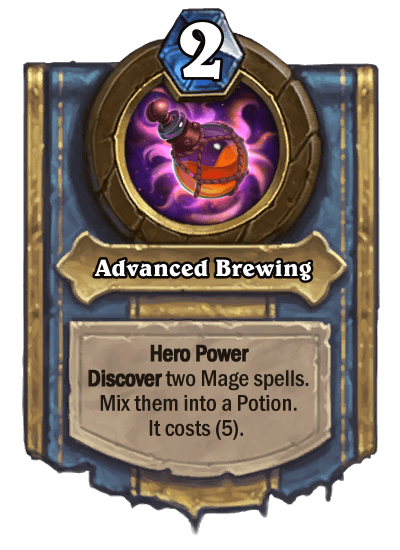 And that will be the end of this installment. You can check out the entire expansion by clicking the banner down below. I hope you all have a fun expansion launch and I'll see you all in the next one.