Hello everybody and welcome to another Fan Community Spotlight, this one being on a disastrous plane. It was once a wise Doomsayer that said "the end is coming!", and now we see all of that unfolding on this set, Bringers of Doom, the first of three sets of the Year of the Goat. Bringers of Doom is a set created by KingKuba (now joining our 3-timers club) themed around the end of the world coming near us, and that is perfectly represented with the set mechanic, Doom Clock. 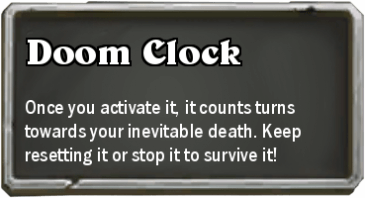 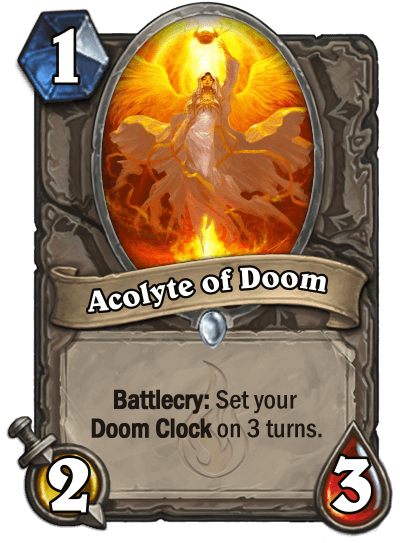 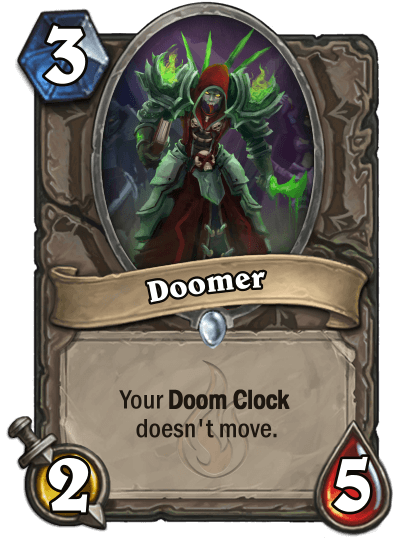 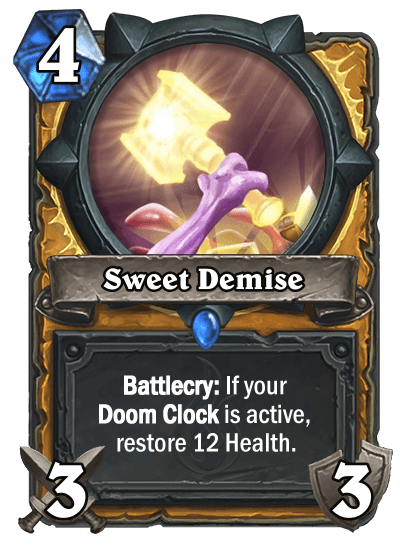 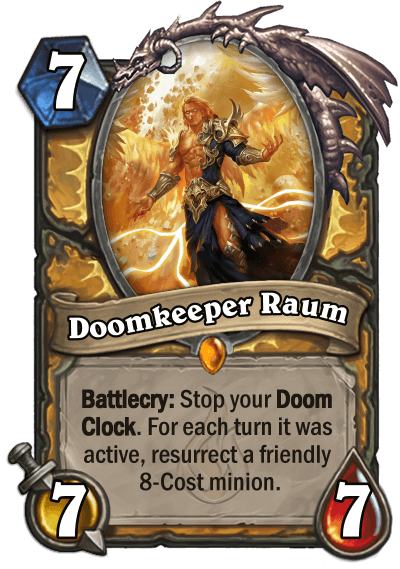 Doom Clock is a mechanic that when activated by cards like Acolyte of Doom, will being a 3-turn countdown. If that number reaches 0, your hero is destroyed and you automatically lose the game. This of course, sounds quite dangerous, but it can be reset back by playing another Acolyte of Doom or a card like Doomer which stops it from ticking while you control it.

Why exactly would you want to have your Doom Clock active at all? Surely it can't just be to have some higher-statted minions. Fortunately, you are rewards for your efforts for keeping your Doom Clock active. Sweet Demise will restore 12 Health to anything if your Doom Clock is active, and there are a number of huge payoff Legendaries like Doomkeeper Raum which stop your Doom Clock entirely (although it will start ticking again if you play another card which sets it) and gives you a huge reward based on how long you kept it active. 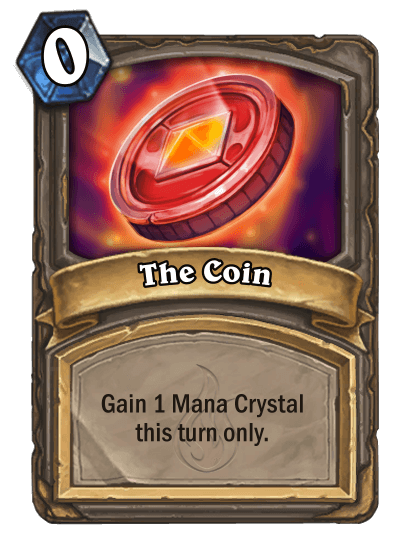 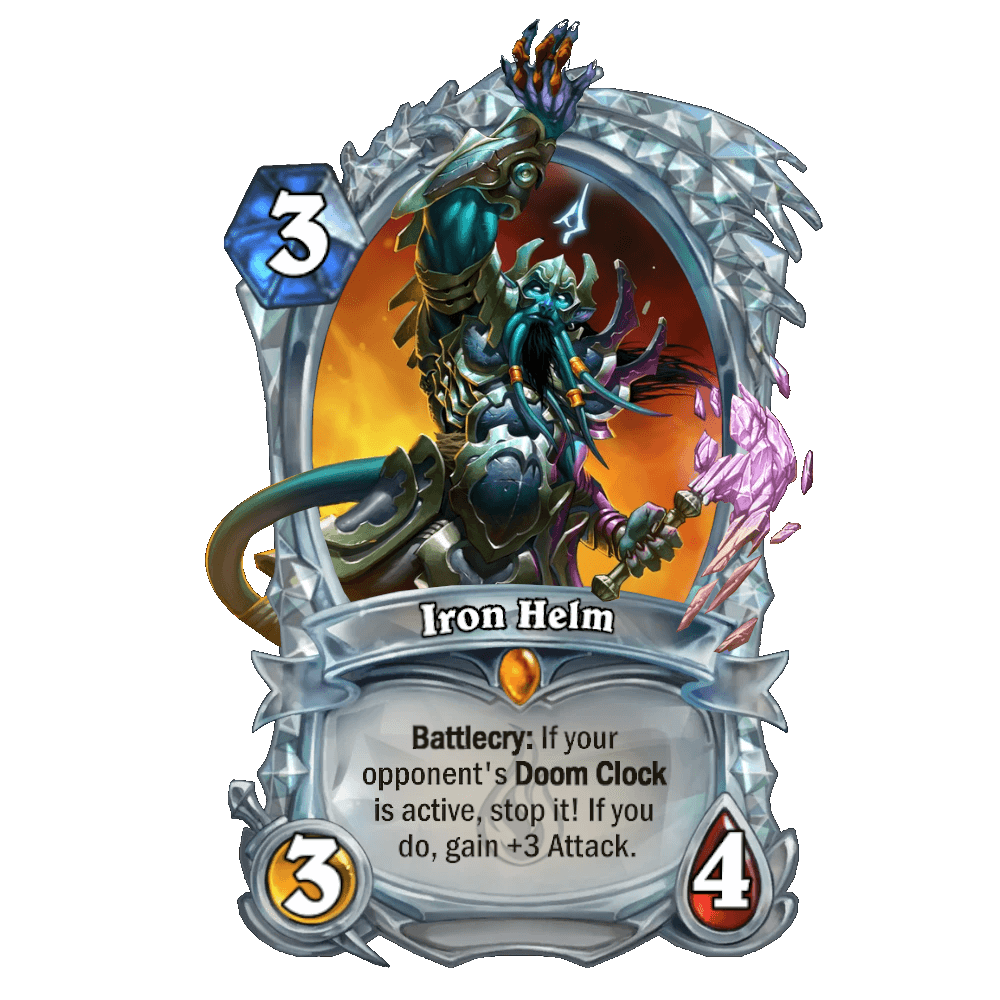 This project contains much more than just the set though. The set also contains a Battle Pass, custom Coin, additional cosmetics, and you can obtain a Diamond copy of Iron Helm obtainable through the Premium Pass. The set also contains a significant dosage of content for Duels, Battlegrounds, and Mercenaries, but we won't be covering them in this installment because attempting to do both the main set, and all the content for the other modes would make for an article that would be way too bloated. You may have noticed in the title that this is the first part of a multi-segmented installment. This particular article will focus only on the main 135-card expansion, and a future part will cover the content for the other modes. A mini-set is also in the works, which will be covered in another installment. If that makes it sound like a very huge project, that's because it absolutely is.

For now we're going to talk to KingKuba about how the main set came to be what it is.

KingKuba: "First off, as always - hello readers! Hope you have a great day! You're looking at my biggest custom Hearthstone project right now which we will go in-depth into it in many parts. Grab a snack, have a good read and remember to to leave any of your feedback down below! I'd love to know what you think.

Coming back to your question - Main theme of Bringers of Doom are undoubtedly the Doomsayers; Citizens of huge capitals (And certainly NOT dreadlords in disguise) who proudly declare that the world is coming to an end - whatever that means. Doomsayer is also an iconic Classic card, so as a Hearthstone player there is a good chance you heard that legendary "THE END IS COMING!" at least once. 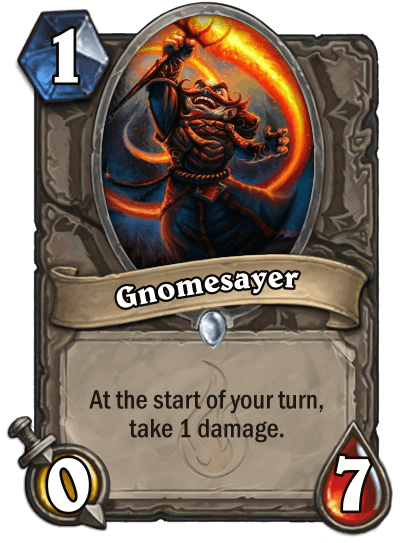 But have you ever wondered... what exactly would happen if all of the Doomsayers were actually right? This set answers that question! The prophecy has fortold the group known as Bringers of Doom - ten powerful inividuals who joined forces to destroy literally EVERYTHING. Azeroth is in absolute chaos while Doomsayers celebrate their catastrophic dreams coming true. Above it all stands Mal'Ganis, iconic Warcraft villain. This time, his plans are beyond our understanding - he seeks true immortality through annihilation of the universe. The only hope from now on is in form of The Justicekeepers - Azeroth's strongest heroes united under one dungeon party. But are those four weirdos enough to stop the INEVITABLE?

Everything sounds pretty bizzare and edgy, right? That's what I was going for! And it all started as a simple question as I mentioned earlier. The end is NOT coming. The end HAS COME."

What is your inspiration for Doom Clock?

KingKuba: "This one may surprise you - the idea came from playing a small, less known deckbuilding mobile RPG called Titan Slayer, where I encountered the "Death" status. It stays on you for a couple of turns, but once it goes down to 0, you simply die. Despite the drawback, stacking your Death status was a great way to play, as those same card packages offered you super powerful effects as long as you had it. The thrill of winning or losing was also something really fun! Quickly after, I turned the same concept into Hearthstone's Doom Clock. It's a dangerous playstyle that may sometimes ruin your plans, but many times can put you in a game-winning situation once you get to the sweet payoff in form of either Legendary Bringers or Mal'Ganis, the Inevitable himself (Alongside Mister Bizzarious, he's one of the free Legendaries of the set)." 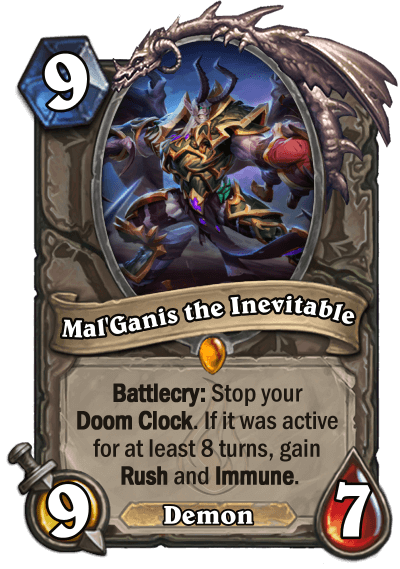 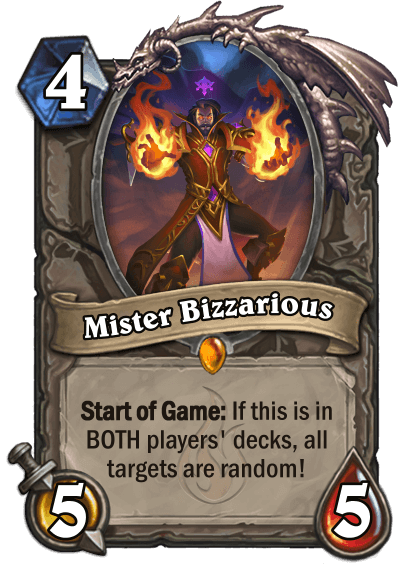 What challenges did the set present and how did you overcome them?

KingKuba: "Earlier mentioned Doom Clock was one of the biggest challenges as well. You don't typically see such a crazy effect as a common Hearthstone mechanic. Yet, I tried my best for the keyword to nicely fit into every class and every mode. At first, Doom Clock minions made your Doom Clock go for +3 turns on Battlecry, but that was dismissed and changed into settting it on 3 turns, because playing two minions back then would pretty much ensure your safety (You got 6 turns already!) and playing overstatted minions would be a no-brainer. Now, the most optimal way is always playing a Doom Clock activator every 1 or 2 turns, making it more challenging and thrilling.

Bringer Legendaries were just as hard to balance out, but ultimately I feel like they're mostly in a good spot. 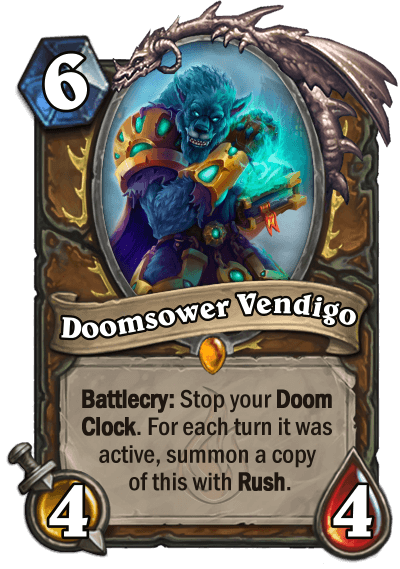 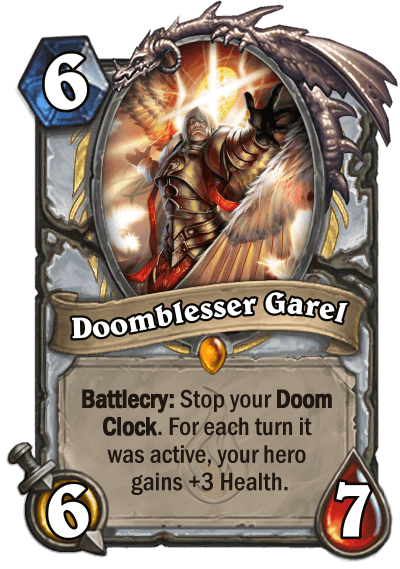 Doing Legendary Secrets was more of a design challenge - Hearthstone has never done that, so I was the one to take the responsibility for making those as unique and original as they can be. I think I handled all four of them pretty well." 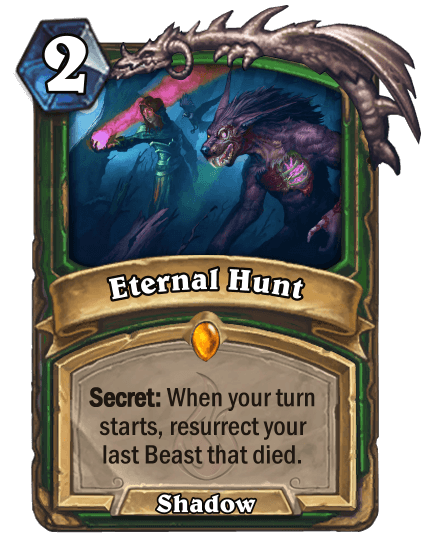 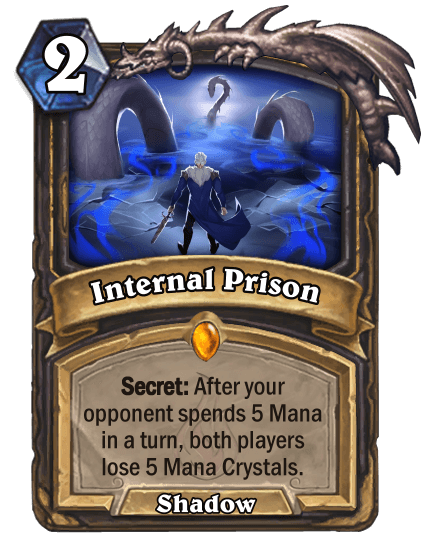 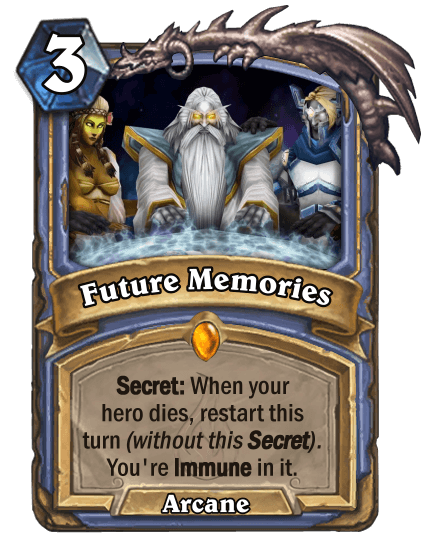 KingKuba: "Sure! Here are my favourite cards out of each class! 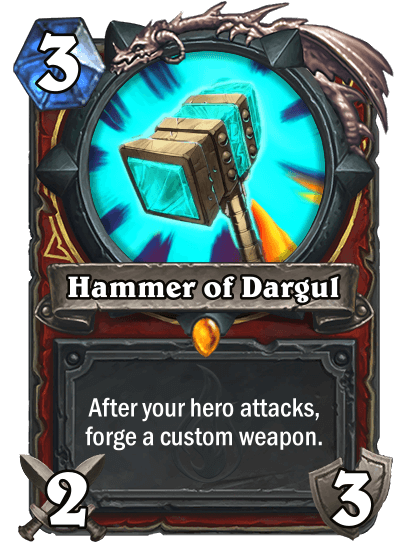 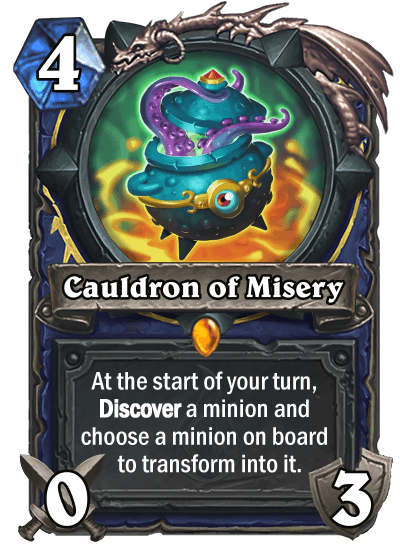 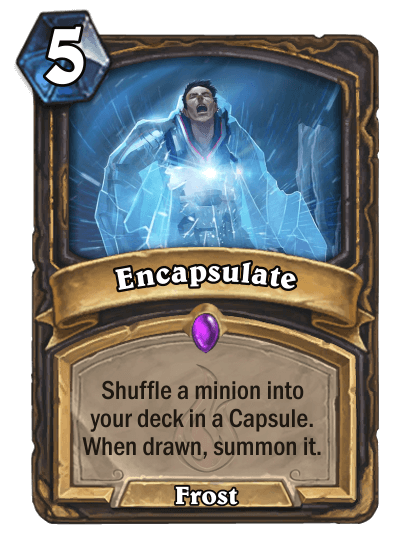 Warrior - Hammer of Dargul
Also known as Hammer of Khaz'goroth. You can essentially merge two weapons into one, like Zombeasts. Supreme generator of value and terrifying potential for future damage!

Shaman - Cauldron of Misery
Another awesome Legendary weapon which takes Shaman's transforming to another level. The possibilities are endless, from a pseudo-Polymorph to a turn 5 Deathwing! It reminds me of Skull of the Man'ari in a way.

Rogue got a really fun "Casts When Drawn" package this expansion. This card is my favourite out of those. It works like Druid really old card called Recycle, but costs (1) less and shuffles a minion in the Special Capsule token, which is a Casts When Drawn that resummons it on your side. Extremely powerful removal with many synergies! 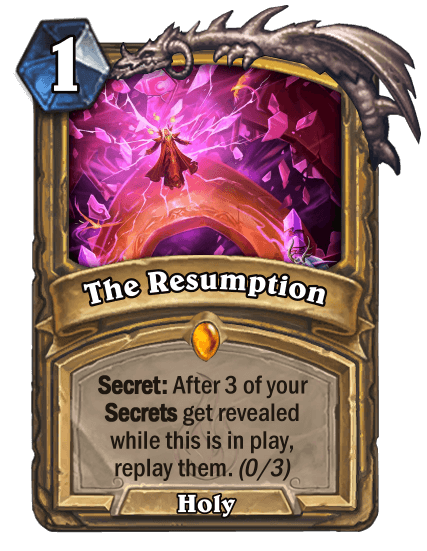 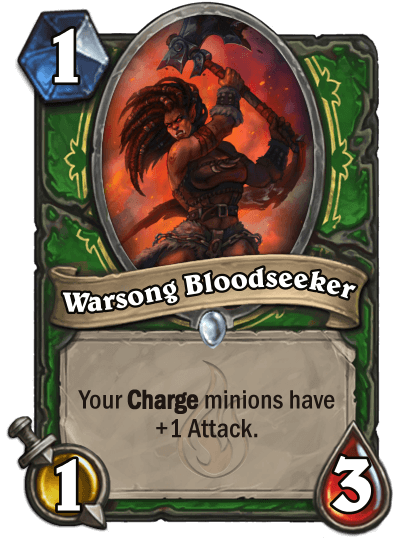 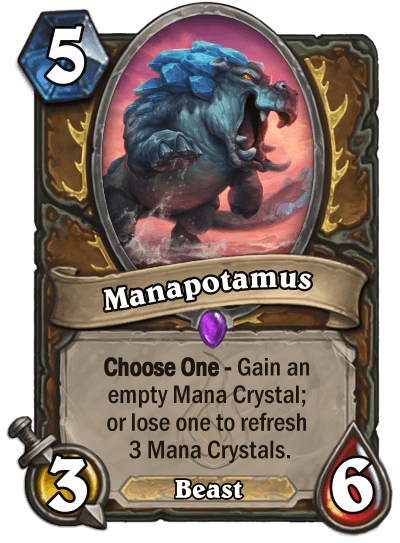 My favourite Legendary Secret. What's so special about it is that its trigger condition progresses between turns, unlike any other Secret in the game! Fits really well as a final refill when you consistantly put those 1-Cost surprises on your head.

We all know how broken this effect is!

Because of the name. Yep. That's it. 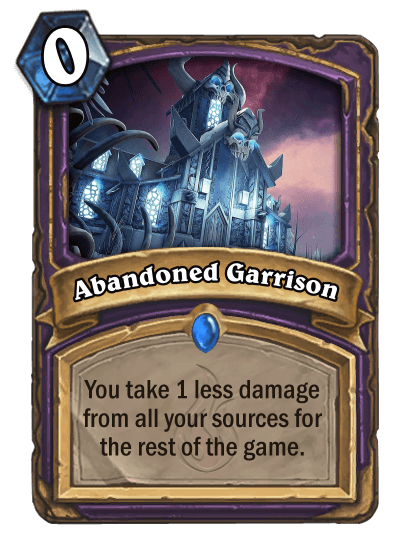 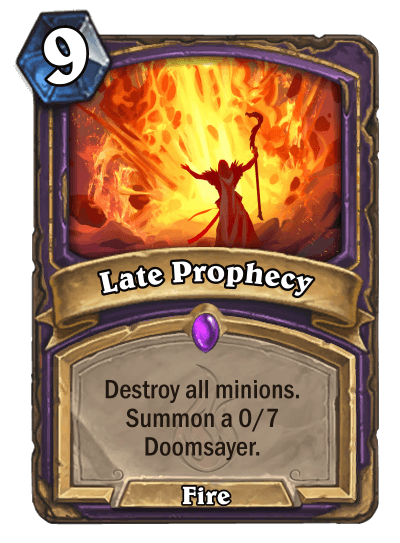 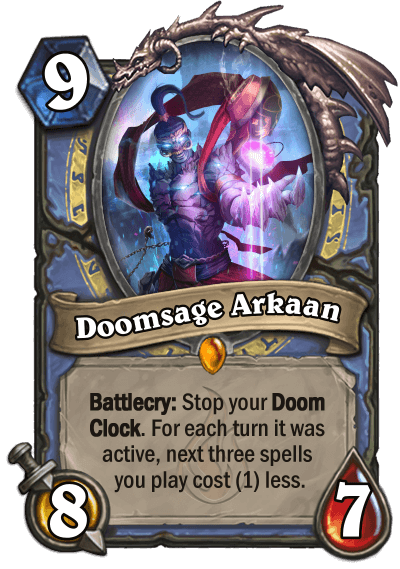 Here I'll actually mention two cards. Abandoned Garrison is my favourite as well as probably the best Abandoned Location - those are spells which all affect some numbers for the rest of the game. The other one I wanted to mention with a shoutout to TheArcanist! The card was based on his idea and was a perfect fit for my expansion.

It's not like it's my favourite Mage card, but I'm putting him here for a reason. You'll know what's up one day, but what this dude does is for sure pretty titanic. 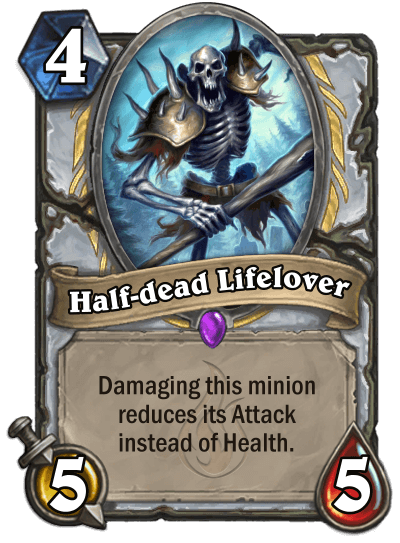 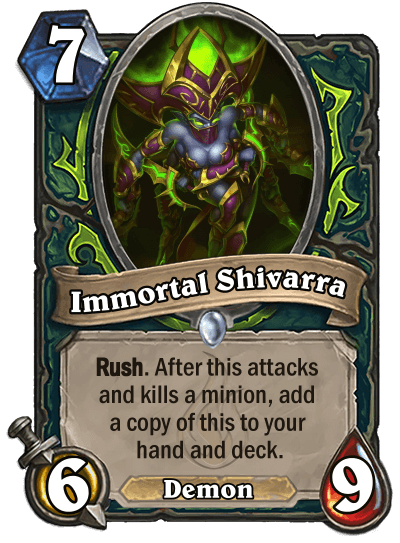 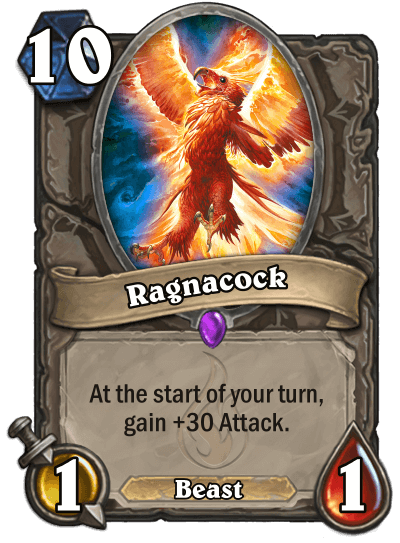 I love how this card turned out for its effect and hillarious flavour. Bascially this man just woke up from his coffin at the time of the apocalypse and now decided he really doesn't want to die. Tells a lot about our society lmao

The Big Demon DH package in Bringers of Doom is absolutely awesome overall, but this one feels like it might be the overall best card out of it. Good body with Rush, potential to go infinite in value and defends you against Fatigue. I'll take this card into account the most while making future support for Big Demons for sure!

I just needed to showcase it XD This alternate win condition is propably the funniest and craziest card I've ever made. If you have a good deck idea for this card, share it! I'll be looking into it 100%!

Of course, there's much more really interesting cards in this set and I encourage you to check them out!"

KingKuba: "Here's a little bit of art editing I did for this project. Maybe it will serve as an inspiration to someone. Expansion's logo is also something I made myself.

Scene out of the Cinematic: 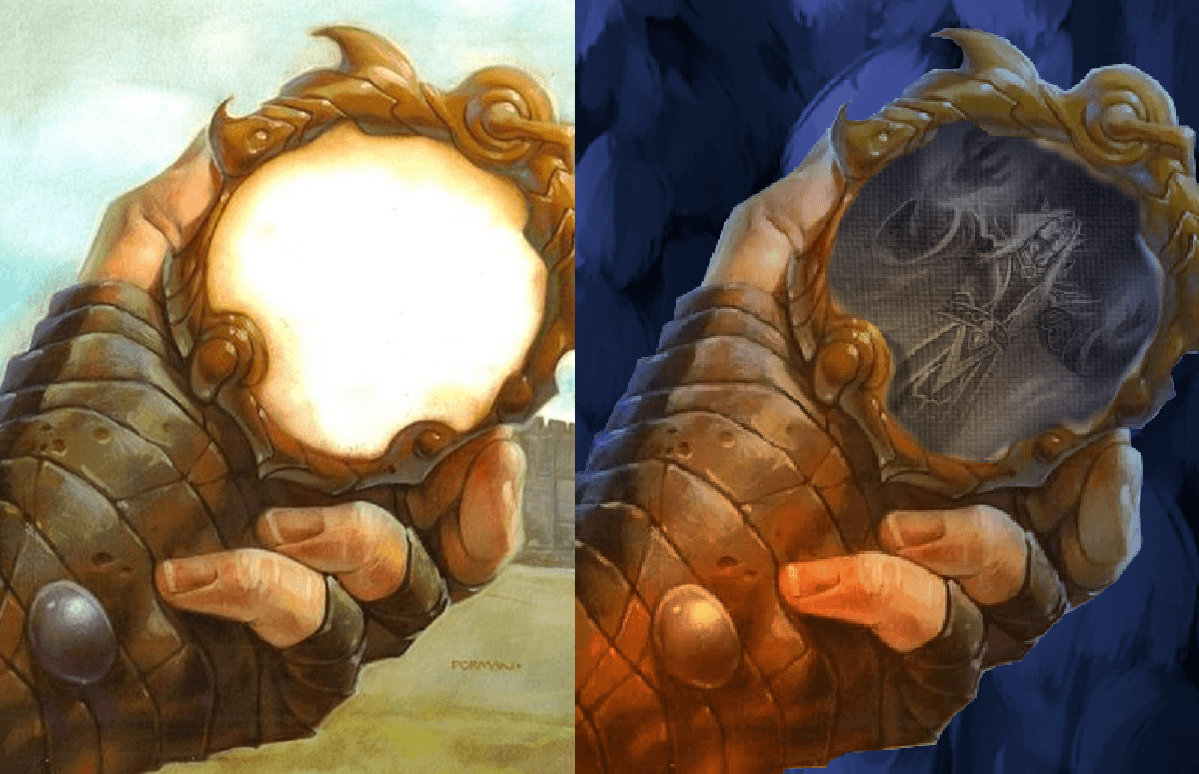 Diamond Iron Helm (Is the helm Iron or Diamond now?): 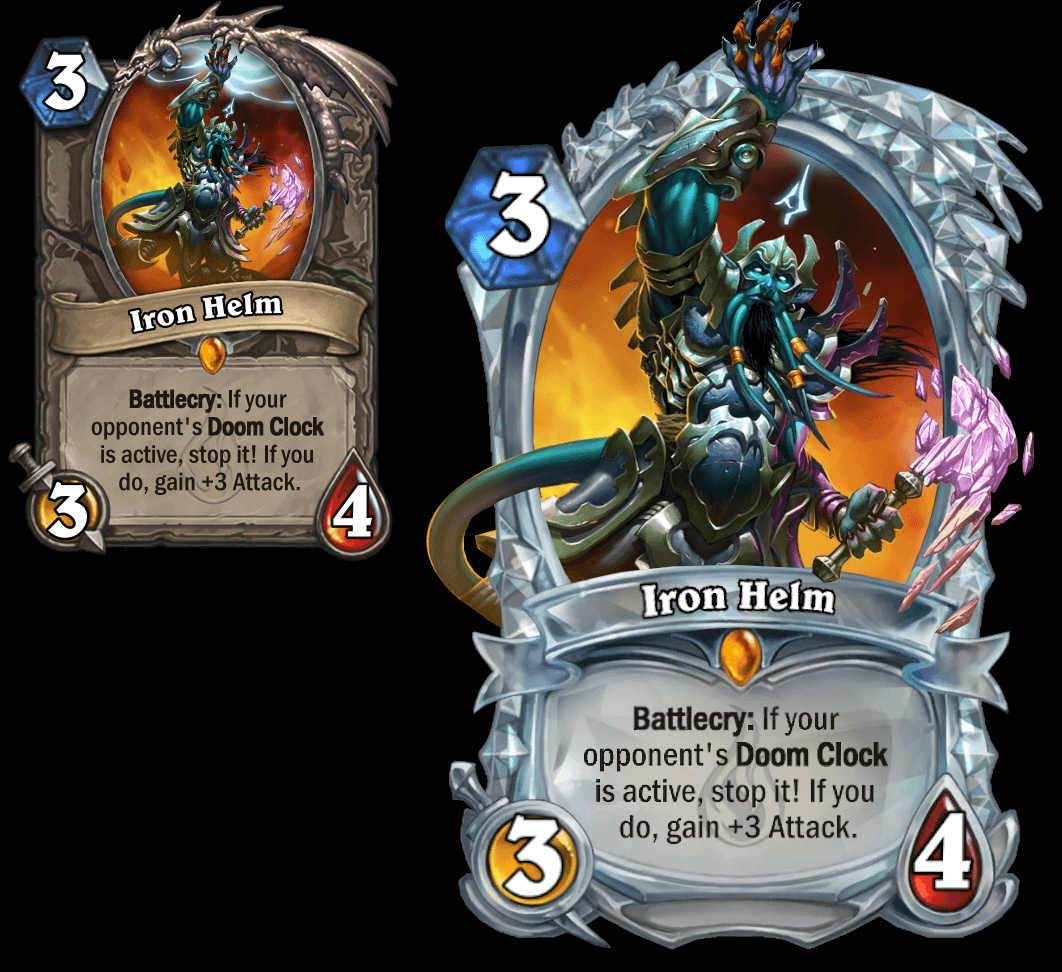 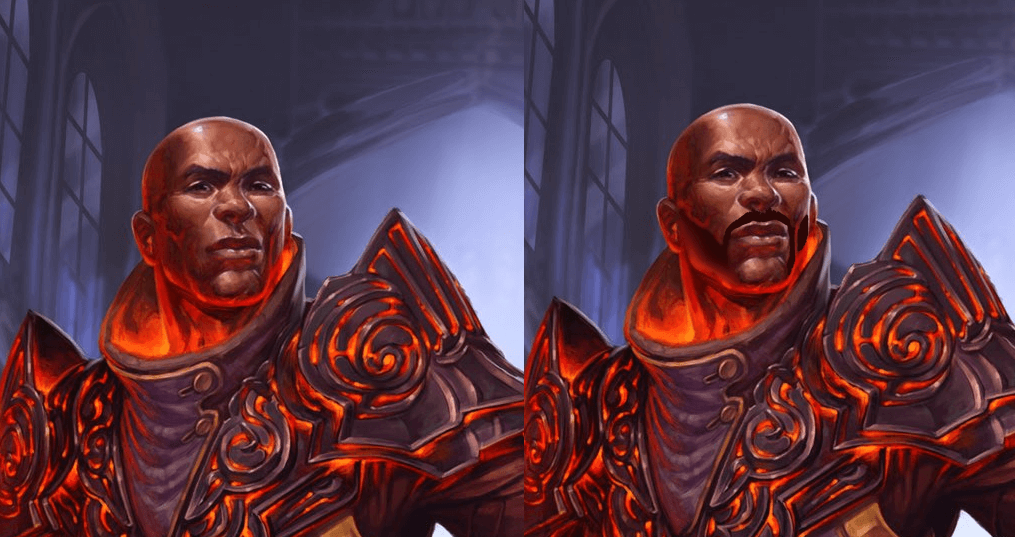 Do you have anything else you want to share with us? We'll be covering other modes next time, so do you want to hype something up?

KingKuba: "Well, maybe not about this set in particular, but... I might have left some clues in some places as to where the story might be going in the next expansion :) Search for it!

As of sharing stuff:
- Here's the entire Hearthcards post with ALL the content there is for Bringers of Doom (including what we didn't cover yet, if you want some spoilers);
- Here's all 135 cards put nicely into one place;
- Here's the Bringers of Doom pack opening if you want to have some fun with it;
- And here are my old interviews: Remastered Rastakhan's Rumble up to current card power level standards (+Added Demon Hunter) and my previous biggest custom expansion, Escape from Elwynn!

Thank you so much for reading through this invterview and see you in other upcoming parts, where we'll showcase changes to all other modes. Remember to leave your thoughts in the comments below! Once again, thank you!"

WE HAVE REACHED THE END..... of this article. It however is not the end of Bringers of Doom. As mentioned, you can view the entire set and KingKuba's other projects in the links above, and we will come back to this project to discuss the Duels, Battlegrounds, and Mercenaries content.