Hello and welcome to another edition of the Standard Meta Report, the last to be published before Descent of Dragons drops. Today, we’ll be covering the week between November 24 and December 1, 2019. As always, the Meta Report is based on an analysis of statistics from HSReplay, along with personal game experience at high ranks.

How long can this go on?

Not much longer, as it turns out. Ten days from now, we’ll be basking in the glow of a new card set, Descent of Dragons, one which looks to rival the power level of Kobolds and Catacombs.

We can’t wait. It’s about time we left Saviors of Uldum in the rearview mirror. More importantly, we’ll be losing the Wild cards that turned an interesting and balanced vanilla meta into one of the most reviled periods of Standard format in recent memory.

It should be clear at this point that Evolve was a colossal mistake, leading to widespread disillusionment and ill-will across the playerbase. People usually get salty when a meta turns stale, but this is the saltiest we’ve seen players in a long time.

There is, of course, much hope for the future. Going off the existing card reveals, Descent of Dragons promises to raise the meta’s power level considerably. Several cards are unprecedented in their design. Many appear to be broken from the outset. We can only hope the gains in strength will be felt across all classes; at this moment, it seems as though everyone, from Malfurion to Garrosh, is set to receive a slate of powerful new tools.

The future looks bright, but for now, we’re stuck mucking around in the bowels of a very stale meta. As ever, we’ll forge on. Even in the darkest of times, the format deserves a chronicler.

Quest Druid remains a popular choice at higher ranks, but we’ve observed a small dip in play across the lower meta, one most noticeable near the rank five floor. We believe it would be a mistake to abandon the archetype, especially at lower ranks; with the recent decline in Evolve Shaman, Quest Druid is well-positioned for the climb to Legend.

In truth, Malfurion has much to be happy about this week. The continued prominence of Tempo Rogue provides an easy matchup to exploit; over a sample of 3,400 games between five and Legend, Druid roasts Valeera in about 62% of cases. A recent drop in Resurrect Priest is an ever better sign, as one of Quest Druid’s worst matchups is now waning from the meta. To top things off, yet another impediment to victory, Evolve Shaman, is falling out of favor at lower ranks. Quest Druid is in a good spot right now.

As we argued last week, you would do well to avoid the Infinite Quest Druid variant. The standard Quest Druid list featuring Chef Nomi and Cenarius performs far better in the mirror, against Secret Highlander Hunter and in the matchup against Evolve Shaman. Infinite variants improve only the Resurrect Priest matchup, but Anduin is becoming less, not more, popular at the moment. The standard list is the way to go.

Malygos Druid saw a slight bump in play this week, a trend most apparent at Legend, where Malfurion is provided ample opportunities to improve his winrate against Tempo Rogue and Quest Shaman.

After two weeks of growth, Secret Highlander Hunter’s popularity has stabilized. The archetype now accounts for about 6.5% of the meta between five and Legend, with no further expansion observed over the past week. Even so, the archetype’s performance has been good enough to rival even Evolve Shaman and Secret Highlander Paladin in power level.

Hunter’s performance is noticeably worse at Legend, where players are far more apt to evade Secrets effectively. The matchup against Quest Druid becomes particularly burdensome, but more important is the contest against Evolve Shaman. At lower ranks, this matchup is actually positive for Rexxar; Hunter wins more often than not, but at Legend, Thrall carries the day. That’s a real problem for Secret Highlander Hunter, because Evolve Shaman is drying up at lower ranks but holding strong at Legend.

With the oppressive Evolve Shaman in decline, Rexxar is losing a good matchup near the rank five floor. At the same time, Evolve’s fall from grace may well empower stronger decks in the format, many of whom were naturally suppressed in playrate by Thrall’s dominance. Included among that number are Quest Druid and Secret Highlander Paladin, both poor matchups for Hunter. Whether or not the decrease in Evolve Shaman leads to a resurgence in these other archetypes is still an open question, but it could prove problematic for Rexxar.

Mage is on life support. That’s especially true at Legend, where Highlander Mage saw a steep cut in playrate over the past week, falling under 2% representation in the upper meta. The trio of Evolve Shaman, Quest Shaman and Tempo Rogue, the format’s three most-popular decks, are a perfect storm holding Jaina back across all ranks. Hopefully, some of those upgraded spells from Malygos, Aspect of Magic will help to invigorate the class.

Secret Highlander Paladin remains one of the format’s strongest strategies, with a winrate nearing 55% between ranks five and Legend. Uther’s found an interesting formula for success. He’s bad against the Big Three - Tempo Rogue, Quest Shaman and Evolve Shaman, the most popular decks in the game - but he trounces everything else. Literally everything (outside of Resurrect Priest). It’s a polarizing strategy, but it works most of the time.

More accurately, it works in more places than not. Secret Highlander Paladin is far better at lower ranks, where the Big Three comprise only 35% of the meta. At Legend, that proportion rises to 45%, lowering Uther’s winrate by more than 2%. This is all to say that Secret Highlander Paladin is an excellent choice for the climb, but may not be optimized for play at Legend.

With Resurrect Priest waning, Holy Wrath Paladin may well be losing one of the last true control matchups in which it’s excelled. Considering the continued decline of Control Warrior, things don’t look good for this archetype.

We hinted at it last week, but Resurrect Priest’s period of extended growth seems to have come to an end. The trend is most apparent at Legend, where the deck is actively declining, but can also be felt at lower ranks; from ranks, five to one, the archetype’s playrate stabilized around 6% of the meta before beginning to fall over the latter half of the week.

This is all somewhat surprising because the format still presents a number of attractive opportunities for Anduin. Resurrect Priest crushes Malfurion, cleans up against Rexxar and handles Valeera with ease, leading to favorable matchups against three of the meta’s most-popular decks. What, then, is the problem?

As in so many other cases, it all comes down to Shaman.

Resurrect Priest is one of the only archetypes not enjoying the recent decline in Evolve Shaman at lower ranks. Anduin benefited from an extremely-competitive matchup against Evolve. With Evolve on the wane, Quest Shaman, a much worse matchup for Anduin, has reasserted itself. Quest Shaman now accounts for about 15% of the lower meta; Resurrect Priest loses this matchup in about 59% of cases.

Aggro Combo Priest has become a fringe player at lower ranks, falling to a representation of 3% at five and 4% between four and three. The archetype stabilized around 5% of the meta at Legend this week, exploiting a dominant matchup against Quest Druid but losing out in the contest against Evolve Shaman.

Tempo Rogue saw no change this week, remaining the meta’s second-most-popular deck between ranks five and Legend. The archetype accounts for around 11% of the format, rising to 13% representation at Legend. If Evolve Shaman continues to drop at lower ranks, Valeera should find her climb through the upper meta substantially easier this week.

Variants that include the Heistbaron Togwaggle package continue to perform best against the field, with particular improvements against Quest Druid, but Waggle Pick and Myra’s Unstable ElementBADCARDNAME have proved more powerful against Evolve Shaman. As always, tech to your local meta.

N’Zoth Rogue finds itself in the dumpster by winrate, but if anything, the deck’s popularity has increased slightly between ranks five and one. Frankly, that’s bewildering, because the archetype loses to just about everything outside of Resurrect Priest, a deck also falling in playrate. Soon, N’Zoth Rogue may have no good matchups to speak of.

The story for Thrall remains much the same, though it should be noted that the overall prevalence of Shaman across the ladder has dropped significantly since the overwhelming ubiquity we experienced several weeks ago. Quest Shaman dominates at lower ranks, accounting for between 13% and 15% of the lower meta, while Evolve Shaman, at more than 20% of the Legend meta, takes precedence at higher ranks.

Surprising though it may seem, we’ve observed a continuation of the trend begun last week, as the proportion of Evolve Shaman has fallen once again between ranks five and one. At rank five, Evolve Shaman comprises only 5.5% of the format. This is almost shocking, because Evolve Shaman is likely the best way to get out of the lower ranks.

Despite how broken the archetype is, Evolve Shaman never took off outside of Legend. Now, its time in the sunshine seems to have come and gone. For most of us, this is cause for celebration, but it’s also something of a mystery. How could the meta’s most powerful deck never find purchase where it would be most useful? Last week, we suggested a number of factors to explain this phenomenon, from a relatively high skill cap to a sense of dishonor in playing the format’s most-hated deck, but honestly, we’re still a little confused.

In any event, it’s your last chance to play Evolve Shaman. Use it wisely.

If Mage is on life support, Warlock is in the grave. Zoo sucks. Plot Twist sucks. Everything sucks. Descent of Dragons can’t come soon enough.

Aggro Warrior continues to perform well, providing an effective challenge to both Quest Shaman and Quest Druid. The archetype continued its recent growth this week, rising to a representation near 2.5% between ranks five and Legend. Interest is most apparent at lower ranks, where Quest Shaman remains the dominant archetype.

Control Warrior experienced another contraction in playrate this week, falling to a representation below 1.5% of the upper meta. Though dominant against Evolve Shaman, the archetype is truly awful into Quest Druid, Secret Highlander Hunter and Secret Highlander Paladin. Descent of Dragons seems to be pushing a tempo playstyle for Garrosh, so this may be the last we see of good old CW for some time. Then again, Control may be the perfect counter if we see an aggressive meta develop in the early days of the new expansion.

With the continued popularity of Battlegrounds, engagement in Standard reached a new low this week. Still playing? Excited for more Dragons? Let us know in the comments! 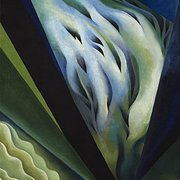