Tired of the same old decks running rampant in Standard but not confident you can come up with something different? HSReplay has you covered!

In a tweet yesterday they gave us four decks with +50% winrates in Rank 5 to Legend that practically nobody is playing - yet, anyway. Check out the graphic they gave below - we've also provided the decks on-site (as well as links to HSReplay) so you can copy them into Hearthstone as simply as possible, and check their winrates for yourself.

Go, tear up the Ladder with these off-the-wall options - hell, there's even a couple of Paladin lists in here! 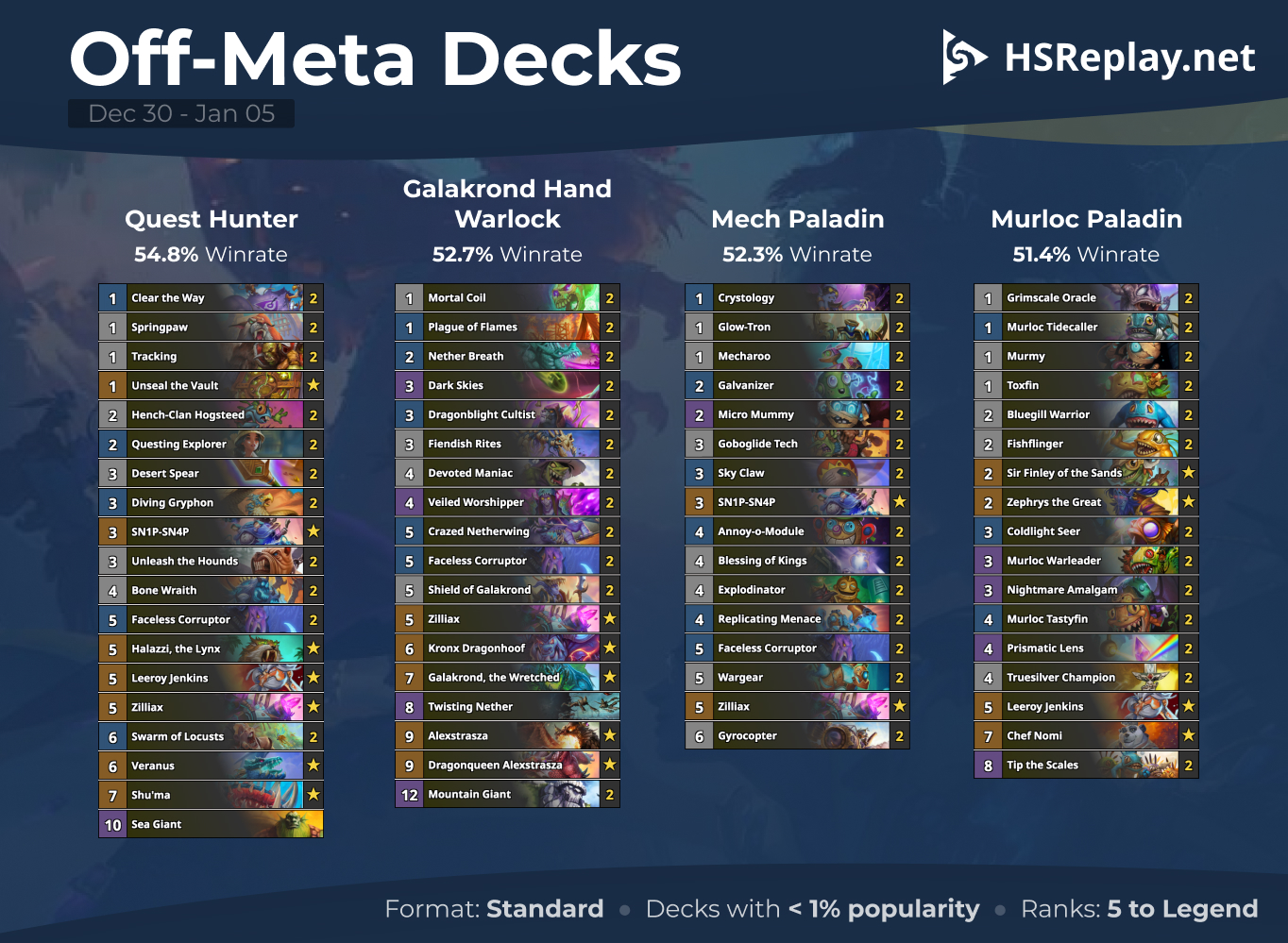