Looking to improve your rank before the big announcement next week? HSReplay has you covered with these five fantastic decks for climbing the higher ranks towards Legend.

We've included the decklists below, along with links to the decks on HSReplay - go forth and have fun this weekend! 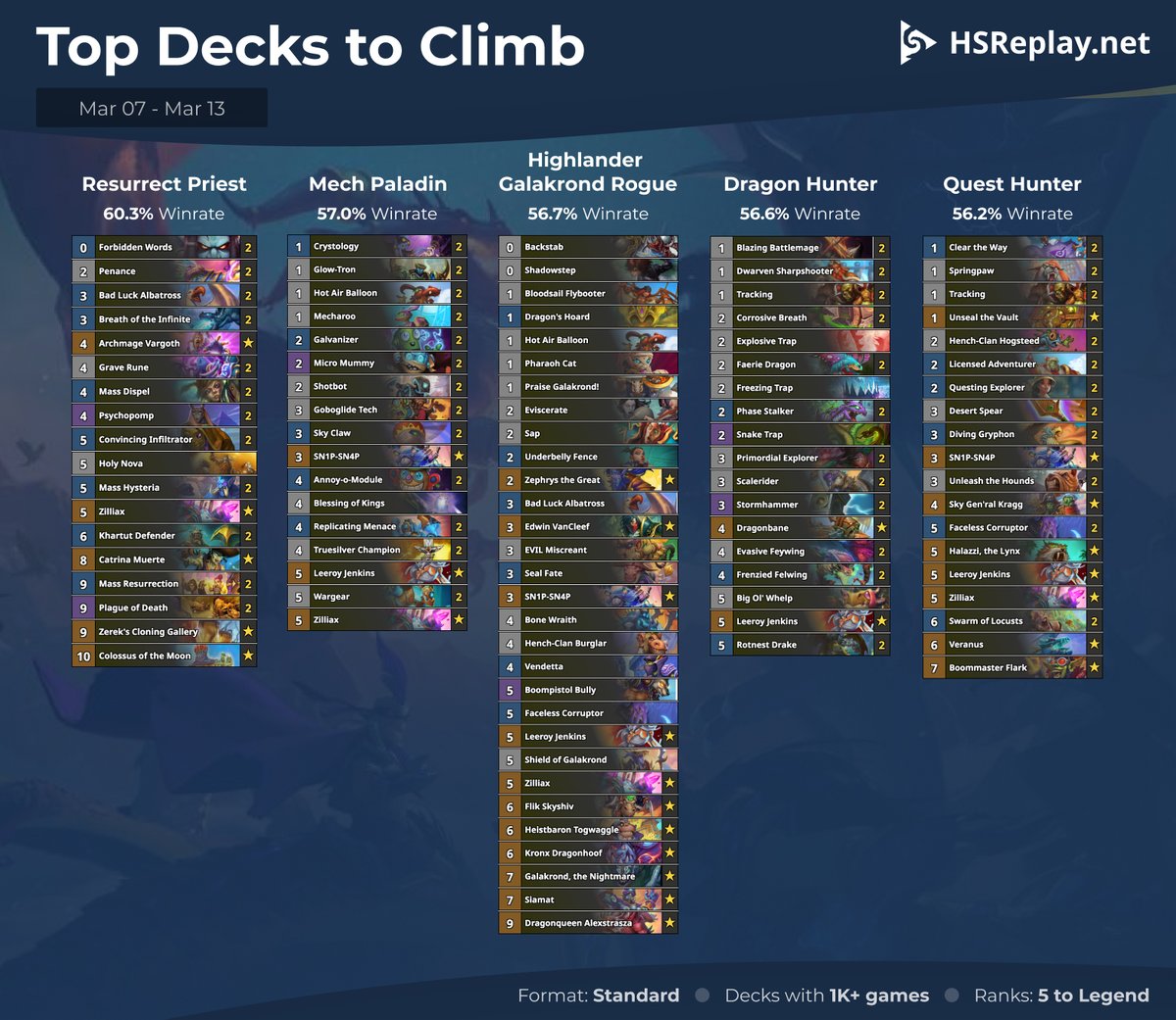 Remember that the winrates below represent data from Rank 5 to Legend, so check them out yourself and see how they're doing at lower ranks!