In the first encounter of the chapter "The Big and the Bad", you're fighting Doom Lord Kazzak. 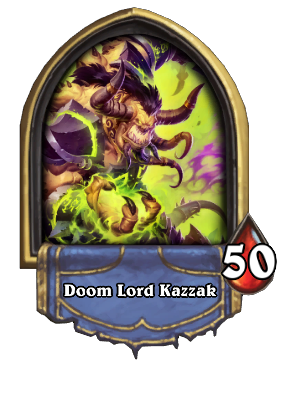 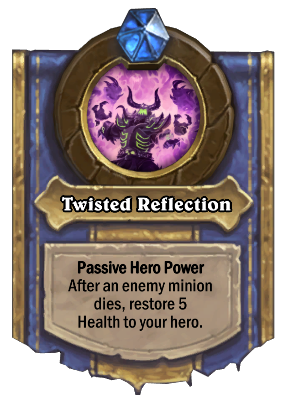 Watch Out For These Cards

Hellfire will ruin your day and is one of the reasons why aggro is not recommended against Kazzak. This fight is all about maximizing your value so if you lose your whole board, you've failed at that spectacularly.

Despicable Dreadlord is a tier 1 threat! Don't let this live any longer than it needs to. Us playing aggro remains bad because of this minion.

Portal Overfiend is another one of those cards that can hurt aggro-style decks since it is very effective trading, though the random aspect at least doesn't hurt us too bad.

Chaos Gazer has the potential to screw us up in the early-game by forcing us to play card out of order to get value for them. Being able to generate new spells through a deck like this no minion mage deck helps counter this rough spot.

Terrorguard Escapee is a frightening card to see in play and will without a doubt have him heal, plus, the minions can't do anything special alone since Kazzak plays with minions that have at least 2 health.

Rustsworn Champion is an adventure-specific card that is an unfortunate reality. Not only does it force us to play a card or lose it like Chaos Gazer, but it also has Charge meaning he will almost without a doubt be healing.

This is the deck Doom Lord Kazzak uses in the Trial by Felfire Challenges adventure.

Find a community deck to defeat Doom Lord Kazzak in the Trial by Felfire Challenges adventure!