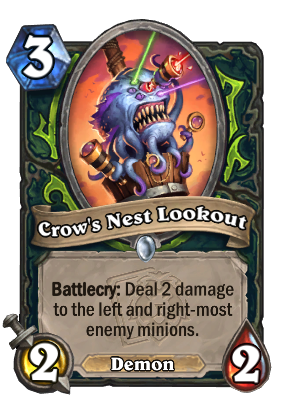 Battlecry: Deal 2 damage to the left and right-most enemy minions.