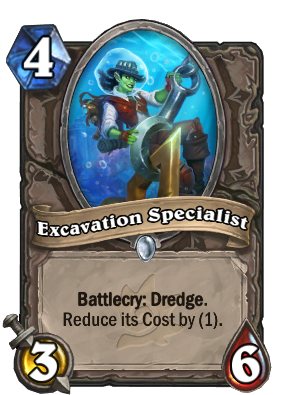 Battlecry: Dredge. Reduce its Cost by (1).

With the jungles of Un’goro mapped out and the ruins of Uldum fully uncovered, explorers have to go a little out of their depth in their search of the great unknown.

Dredge - Look at the bottom 3 cards of your deck. Put one on top.