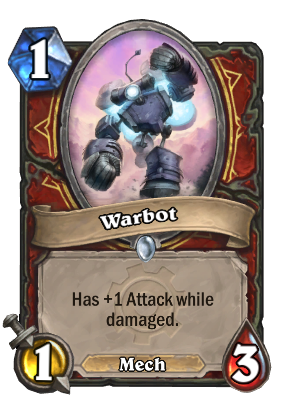 Has +1 Attack while damaged.

Mass production of warbots was halted when it was discovered that they were accidentally being produced at "sample size."

Enrage - While damaged, this minion has a new power.