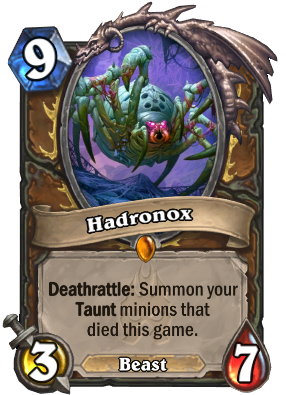 Deathrattle: Summon your Taunt minions that died this game.

The viziers of Azjol-Nerub released Hadronox as a last-ditch effort to hold back the Lich King. They did so by VERY carefully scooping him up in a LARGE newspaper and releasing him.