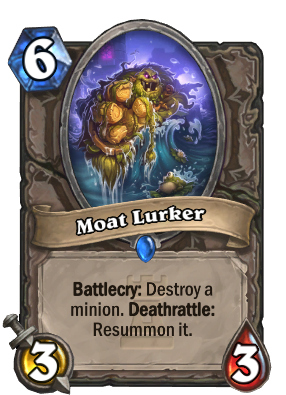 He really enjoys lurking and gets a lot of job satisfaction out of it.

How to Unlock Moat Lurker

Unlocked in the Opera, in One Night in Karazhan.

How to Unlock Golden Moat Lurker

Crafting unlocked in the Opera, in One Night in Karazhan.