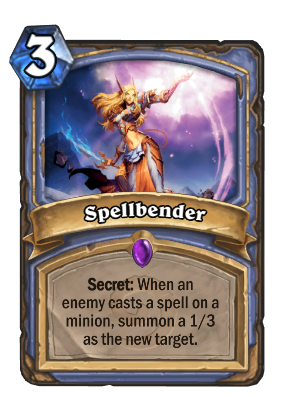 Secret: When an enemy casts a spell on a minion, summon a 1/3 as the new target.

While it's fun to intercept enemy lightning bolts, a spellbender much prefers to intercept opposing Marks of the Wild. It just feels meaner. And blood elves... well, they're a little mean.