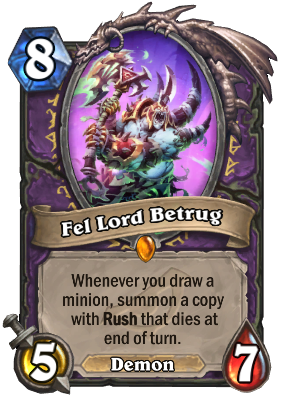 Whenever you draw a minion, summon a copy with Rush that dies at end of turn.

Nobody else likes rush hour.