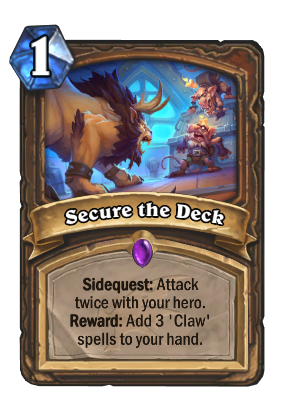 Sidequest: Attack twice with your hero. Reward: Add 3 'Claw' spells to your hand.

"Tied it down, boss. I don't really know why you asked me to do that."

Sidequest - Complete for a reward.

Discuss Secure the Deck on our Forums

Head on over to the Card Discussion forum to share your opinion on Secure the Deck.