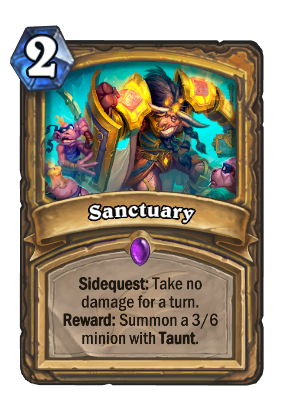 Sidequest: Take no damage for a turn. Reward: Summon a 3/6 minion with Taunt.

Few quests are completed by cowering under a table.

Sidequest - Complete for a reward.

Discuss Sanctuary on our Forums

Head on over to the Card Discussion forum to share your opinion on Sanctuary.