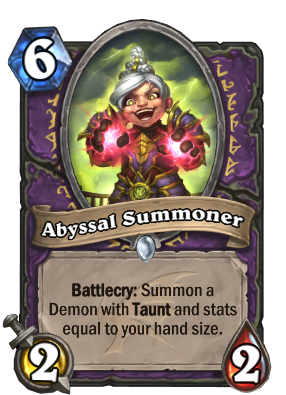 Battlecry: Summon a Demon with Taunt and stats equal to your hand size.

But gnomes have tiny hands...

Discuss Abyssal Summoner on our Forums

Head on over to the Card Discussion forum to share your opinion on Abyssal Summoner.