What is Outcast in Hearthstone?

Hearthstone has many card effects that are common enough that they get their own keyword - a word or two that immediately tells you how the card works. Let's take a look at the Outcast keyword.

A bonus if played as the left- or right-most card in hand.

Outcast is a keyword exclusively found on Demon Hunter cards. Outcast is a pseudo-Battlecry effect that will trigger if you play the card from the left or right-most position in your hand.

Although Altruis the Outcast does not use the Outcast keyword, its effect basically uses the same trigger. Stargazer Luna can similarly be viewed as an earlier interpretation of the mechanic, only working for one side of your hand instead of both.

Keywords that Work Great with Outcast

As Outcast works as a Battlecry effect, there is no keyword that specifically works with the effect. That said, granting any keyword to an Outcast minion will pretty much make it better.

Playing Against Outcast in Hearthstone

Unfortunately, there is no way to directly play against Outcast as the entire thing is under your opponent's control.

That said, if your opponent is playing a Demon Hunter deck that runs a lot of high-Cost cards, you can take this information to know that they are either playing very few (if any) Outcast cards, or that the ones that they do have might not always have their Outcast active. 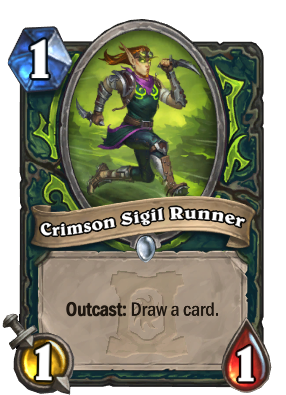 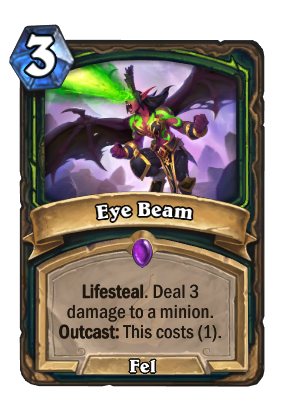 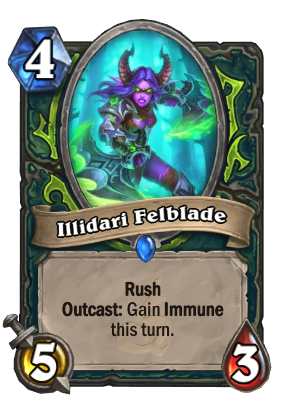 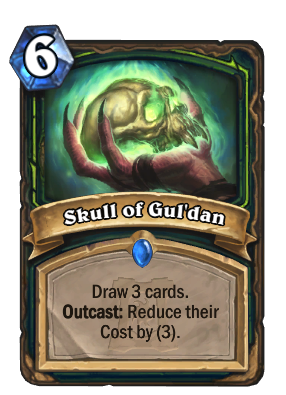 Crimson Sigil Runner is a minion with simple Outcast effect that cantrips itself, a common mechanic among Outcast.

Eye Beam is a spell that deals 3 damage to an enemy and heals you for the damage it dealt. While it's the left or right-most card in your hand, it only cost 1 mana instead of 3.

Illidari Felblade is a Rush minion that becomes Immune for the turn if played with Outcast, allowing you to develop a 5/3 minion on the board, and remove a minion.

Skull of Gul'dan is another draw effect, although this time, the Outcast does not need to trigger for the draw to occur. It will always draw 3 no matter when the card is played, but playing it from Outcast will reduce the Cost of every card drawn from it by 3.