What is Rush in Hearthstone?

Hearthstone has many card effects that are common enough that they get their own keyword - a word or two that immediately tells you how the card works. Let's take a look at the Rush keyword.

Errr, scratch that. Rush is a keyword introduced in The Witchwood. It is the first (and currently only) expansion to launch two new keywords, also introducing Echo. Unlike Echo though, Rush has continued to see print after its first set and is the third non-launch keyword in the game to do so, after Discover and Lifesteal.

Rush minions can attack on the same turn they are summoned, but they cannot attack the enemy hero until next turn as normal. It has since replaced Charge as it's much less dangerous to design.

Keywords that Work Great with Rush

Rush shares similar synergies to Charge. Give it Divine Shield so it can attack a minion and survive, or give it Windfury to dish out double the pain. Giving a Rush minion an artificial Deathrattle through a card effect will also allow you to possible make use of the Deathrattle immediately.

Playing Against Rush in Hearthstone

As Rush minions will be able to attack immediately, they have the initiate of when they deal damage and the first strike. If a Rush minion survives an attack though, you will have a chance to take it out on your next turn before it can attack again. 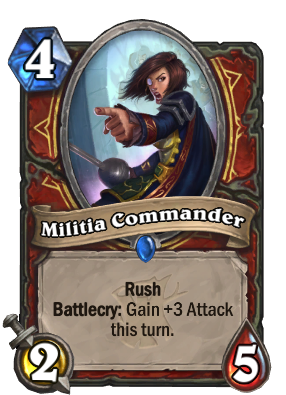 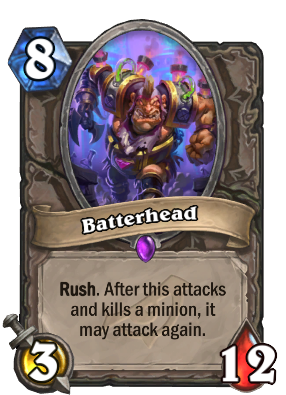 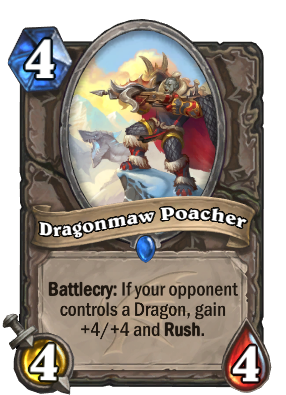 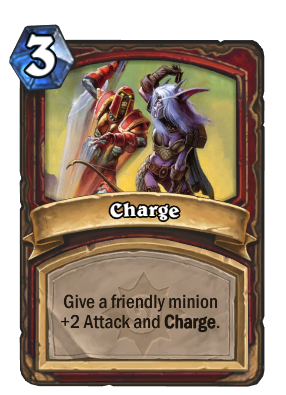 Militia Commander was the very first Rush card ever revealed in The Witchwood seen during the initial trailer. As an introductory card for the mechanic, it's not extremely complicated, but it does have an interesting dynamic. On the turn you summon it, it becomes a 5/5 Rush minion for 4 mana. That's pretty insane, but the Attack buff only lasts for one turn, so be sure to use it.

Batterhead is a Rush minion with a cool effect that goes well with the ability. After it kills a minion, it can attack again. We've seen that effect before, but with Rush, it all of a sudden becomes a lot better and a lot more interesting.

Dragonmaw Poacher does not have Rush initially, but will gain the effect (as well as a +4/+4 buff) if your opponent controls a Dragon. Some Dragons are 8/8 and will die to them anyway, but it's still a nifty tech card if Dragon decks are popular.

Charge is a really funny one. It doesn't technically have Rush, but for all intents and purposes, the effect is basically a prototype of Rush.