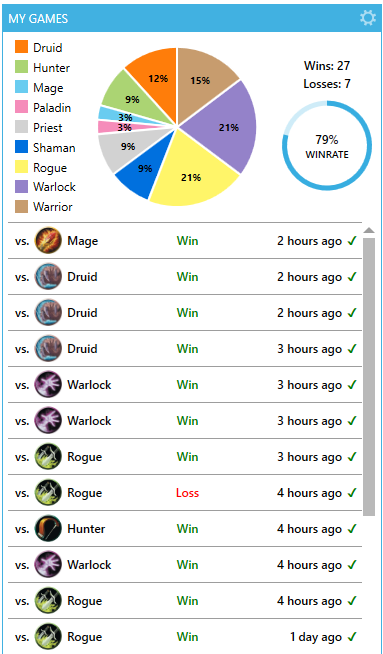 Through the early game, this deck doesn't do much other than play a Bloodsail Flybooter, dagger up, and try to play an EVIL Miscreant or Seal Fate for a little bit of tempo. Fortunately, not many decks do much before turn 3 anyway. Try not to dump your hand much, and instead keep as many cards in hand as possible to synergize for a big Twilight Drake, cheaper Mountain Giant, value with Spirit of the Shark/ Magic Carpet, etc. Instead of playing the 2 pirates with Bloodsail Flybooter, i'll dagger up on 2 and save them for later.

In the midgame we want to curve out our big minions like Twilight Drake, Mountain Giant, Shield of Galakrond, and ideally set up a Heistbaron Togwaggle on 6 or 7.  Usually, play your big minions first, instead of many lackeys. Lackeys are always easy to play later, and can generate you value. From there, you draw like crazy, puke your whole hand onto the board in any random order and win.

*note* The reason this deck works so well, is because we are generating so many lackeys we are bound to get a few Titanic Lackeys to throw onto our giants/drakes.

*note2* Careful about hand size with Spirit of the Shark in play since we will have so many battlecries that generate cards. Oftentimes, when my hand is full I wont play Spirit of the Shark and rather try to dump my hand while generating as much tempo as possible first.

*tip* You can use Seal Fate on your opponent if they are at full health. And I will usually do so turn 3, if they don't have a minion in play. There are 8 invoke cards in the deck so the sooner you can generate lackeys and upgrade Galakrond, the Nightmare, the better.