this is my take on the Control Warlock archetype featuring the new disruption card Bad Luck Albatross.

This deck uses the best controlling cards the warlock class has to offer while polluting the enemy deck with useless bird tokens making their card draw gradually worse.

A) Against Aggro. Just defend until you hit N'Zoth, the Corruptor or Bloodreaver Gul'dan, which resurrects your taunt wall and shuts them off. Defile, Dark Skies and Voidcaller into Voidlord wins games against various aggro decks if they go wide. [Hearthstone Card (Pague of Flames) Not Found] is great if Mech Pala goes tall.

Luckily Secret Mage isn't popular in Legend. If you face them more often than aggro with pirates, change the Golakka Crawler into [Hearthstone Card (Secret Eater) Not Found]. The matchup isn't that bad, as Explosive Runes can be taken with Mistress of Mixtures for just one mana, or if you have Voidcaller and a large Demon, it even accelerates your defense. As always, save the coin for when you actually need to clear with spells.

Plan B) Pollute their deck with Birds tokens.

Some meta snapshots list this deck as Cubelock. But in my opinion that is misleading. While both deck play cubes, Cubelock has a very different game plan, much more tempo oriented. Against slow decks, Cubelock is the beatdown threatening the opponents life totals with multiple cube'd Doomguards. We do not play Cubelock with two Albatross instead of Doomguards. This deck is much slower and plays more removals and plays the long game with the bird-fatigue plan.

If you suspect your opponent to be on a Reno deck, it might be a good idea to play the first albatross early on, just to deactivate their special cards.

If they're another slow deck, control or combo, try to hold onto a combo to place several birds into their deck at once. In an ideal scenario, you want Emperor Thaurissan ticks for the following combo. Play Spiritsinger Umbra into Albatross into Carnivorous Cube for an immediate six birds into their deck and six more later if they kill all your stuff. However holding on for too long isn't good as your opponent might draw into their keycards, so Albatross into Cube is usually good enough. Or Umbra into Albatross.

Now the opponent is stuck drawing mostly useless birds while we're nearing our own fatigue.

In the phase we beat them down with whatever cards we've draw and suck their face for 3 with Guldan. Alternatively we turn the tides in fatigue and play Rin, the First Disciple. If you suspect them to have Polymorph/Hex/Kazakus Potion, play her in the same turn you want to use Plague of Flames or combo her with Umbra if you haven't used her so far.

VS all: Voidcaller and Sense Demons. Also keep a big Demon if you already keep a Voidcaller.

If we suspect the enemy to play aggro (Warrior, Hunter, Pala, Rogue), we mulligan for Defile, Dark Skies. Acidic Swamp Ooze against Warrior, Golakka Crawler against Warrior and Rogue.

VS slow decks: Mulligan for Albatross, Voidcaller and Sense Demons. Keep Ooze against Warlock if Cubelock is popular at your ranks. Keep Cube if you already have Albatross.

Other versions and card replacement:

Fel Lord Betrug and Plot Twist I don't have them or [Hearthstone Card (Valrdis Felgorge) Not Found], so I can't test them.

Rin, the First Disciple can be replaced [Hearthstone Card (Explired Merchant) Not Found]. Maybe the merchant should be included anyways, but I dislike that Merchant is useless on it's own (means, you need to draw N'Zoth/Guldan and not play both of them, if Merchant is on the bottom of the deck) and Rin has taunt so it's not useless against aggro.

Spiritsinger Umbra, Guldan, Nzoth. These are core cards and can not be replaced. 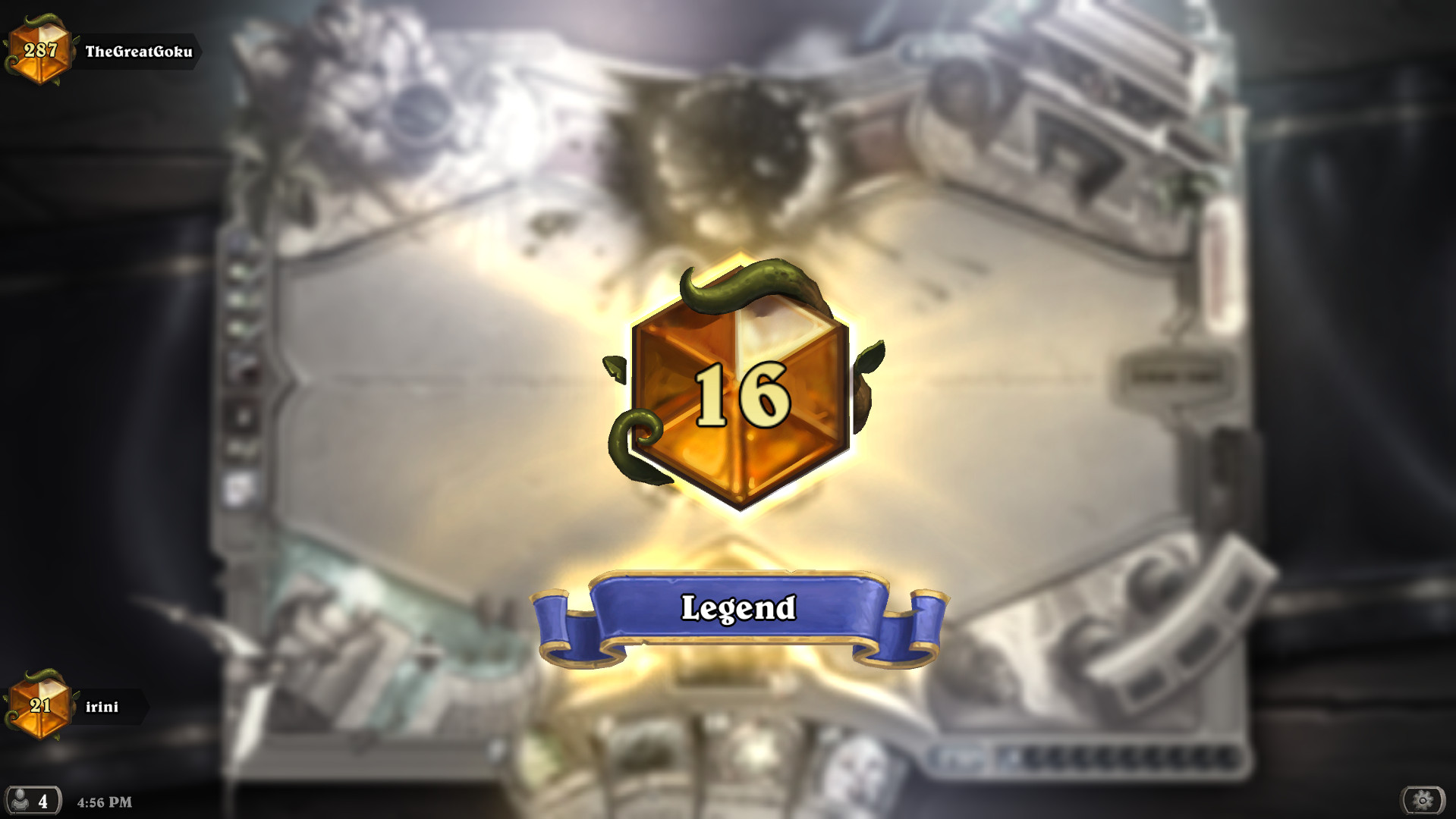 Most losses from the only bad matchup, Quest Mage (without Reno). 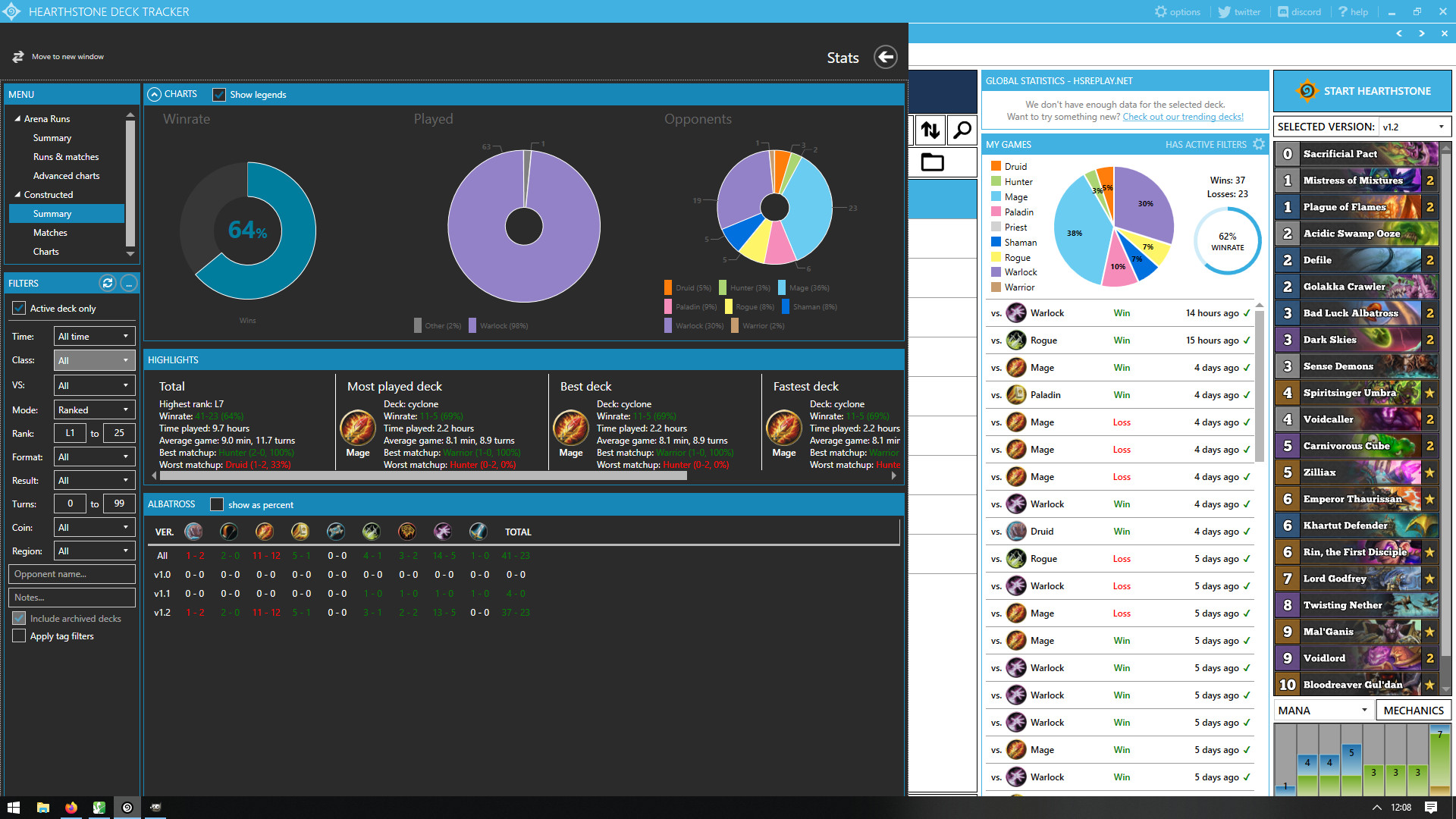