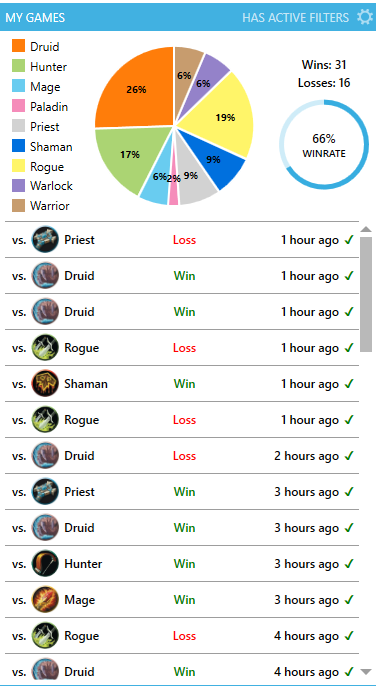 Since I don't have Zilliax, neither Leeroy Jenkins I came with my own take on embiggen druid.

Vicious Scalehide - source of healing and cheap removal after buff with Embiggen. If I had Zilliax, I probably wouldn't use this.

Ysera, Unleashed - you really doesn't need her in the deck. Honestly, I never needed her to win and even rarely played her, but I think she's cool, so what the heck. Feel free to replace her with second Evasive Feywing, your deck will be probably better that way :-)

I used to run even Hippogryph (he performed well), but I cut him down - I needed more dragons in the deck for consistence.

Full mulligan for Embiggen and Breath of Dreams and that's all. Since you never know whether you're facing zoolock/handlock, or token druid/another embiggen druid keep it simple :-)